Rescue squad goes over the edge in former mine pit

SOUDAN MINE— Almost two dozen members of the St. Louis County Rescue Squad went down in the Soudan Mine the hard way last Saturday. It was all part of a training exercise that the volunteers …

Rescue squad goes over the edge in former mine pit 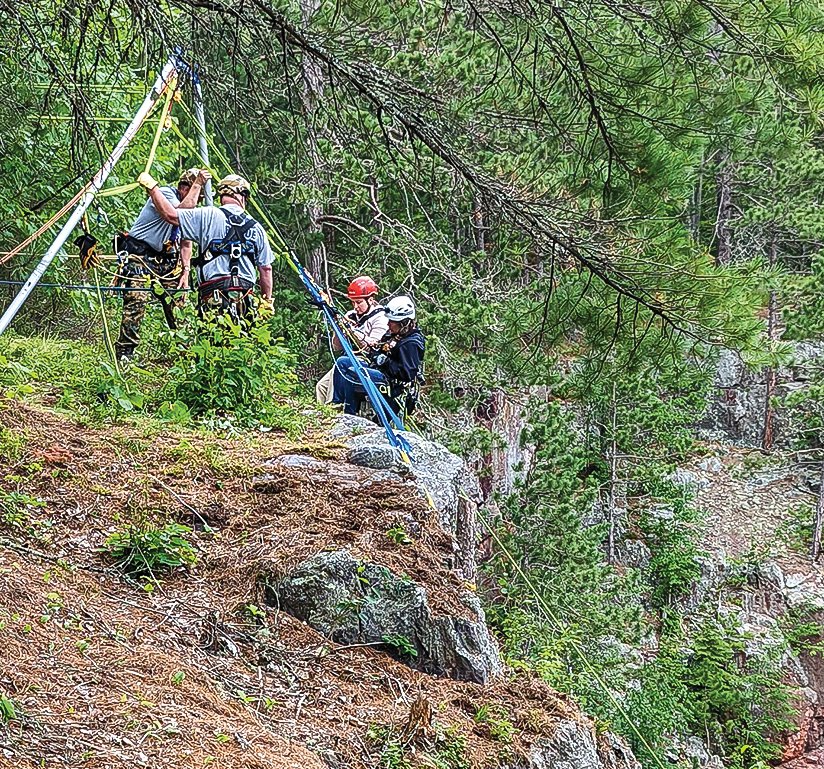 Members of the St. Louis County Volunteer Rescue Squad prepare to rappel hundreds of feet into the former Soudan mine pit.
photo by A. Jean 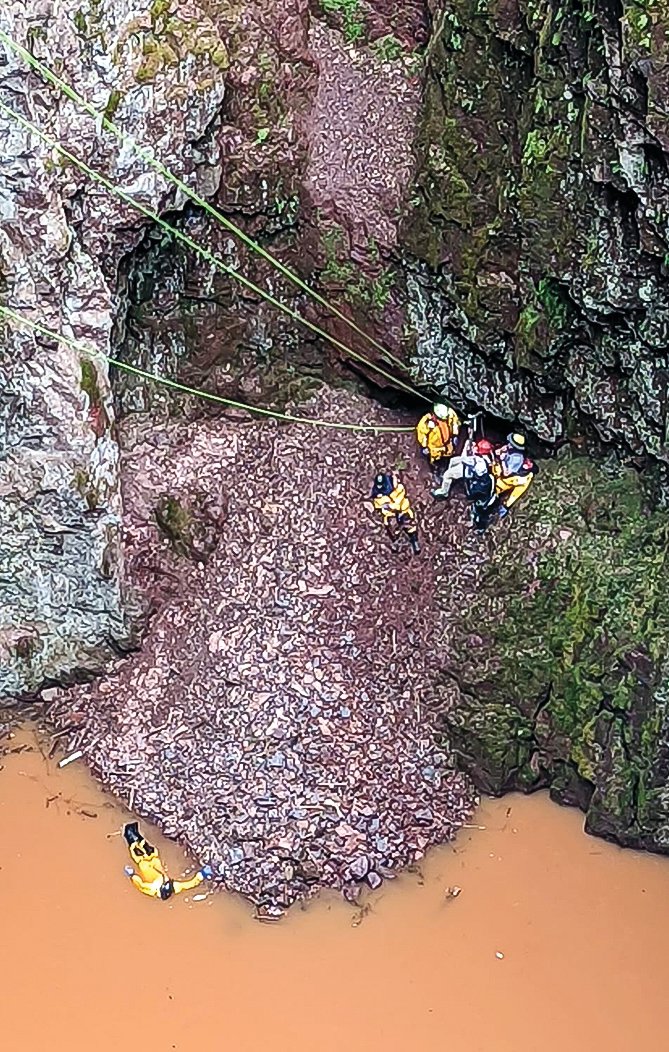 Members of the rescue squad at the bottom of the pit.
photo by A. Jean

The Soudan Mine pits “mini-glacier” was still very evident during last week’s trip to the pit’s bottom. Rescue squad officials have noted the presence of ice in previous visits to the pit.
photo by A. Jean
Previous Next
Posted Wednesday, August 3, 2022 7:21 pm

SOUDAN MINE— Almost two dozen members of the St. Louis County Rescue Squad went down in the Soudan Mine the hard way last Saturday. It was all part of a training exercise that the volunteers who make up the squad regularly take part in to maintain their rescue skills.
In this case, it was ropes skills, as the volunteers set up to rappel down more than 200 feet into one of the earliest mine pits here. For the volunteers who turned out, it was more of a play day, said Rescue Squad Captain Rick Slatten, the culmination of a number of more serious training sessions focused on specific skills. “This showed how a number of small systems can come together into a larger operation,” he said.
For some members of the squad, the high-level ropes training is one of the highlights of their job. For others, said Slatten, “they don’t want anything to do with it.”
It’s a specialized skill set to be sure, and not one that the rescue squad is called upon to use on a regular basis. But for the handful of times a year such skills are necessary, it’s critical training, and not the kind of thing to learn on the job. “Things can get pretty intense on a rescue like that,” said Slatten.
It isn’t the first time the squad took advantage of the Soudan Mine pit to test its skills. The training had become an annual event for several years, but it had been a couple years since the squad had made it back. Slatten said Soudan is ideal for this kind of operation, because it’s convenient and has an abundance of large trees and rocks, which make good anchor points for the ropes. He said the rock faces are also pretty stable, without the kind of loose rock that can quickly elevate the hazard level for this kind of work.
Besides, said Slatten, “It’s so beautiful there. It’s a geologist’s and a historian’s dream.”
It’s also a good place to visit on a warm summer day. It’s noticeably cooler at the bottom of the steep pit, so much so, in fact, that there was still some ice and snow left over from the previous winter. That’s not uncommon, said Slatten, but this year had the most snow and ice remaining of any prior year. That could be due to the abundant snowfall this year, or simply because they typically train in September or October, which gives the snow a couple more months to melt.