LAKE VERMILION— Loon numbers here increased just slightly in 2020 but remain below the ten-year average count of 234 loons. The weather was mostly calm and a total of 79 volunteer counters … 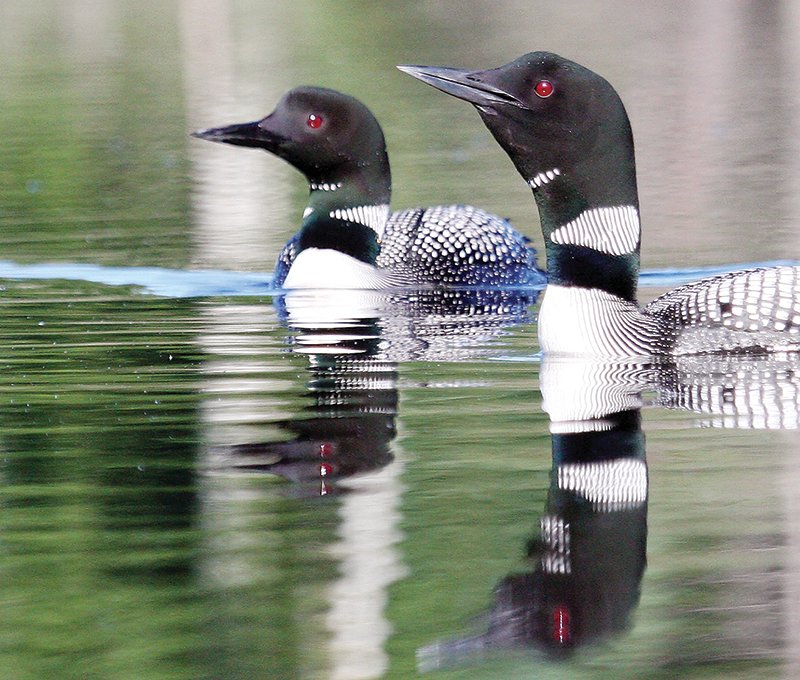 LAKE VERMILION— Loon numbers here increased just slightly in 2020 but remain below the ten-year average count of 234 loons. The weather was mostly calm and a total of 79 volunteer counters covered 22 separate count territories on the big lake as the Vermilion Lake Association held the 38th annual loon count on July 13.
Counters tallied a total of 201 loons, up just slightly from last year’s count of 195. Counters found a total of 120 loons on the lake’s east end, a modest increase over the 104 loons spotted there last year. Meanwhile, loon numbers dipped slightly on the west end, with 81 loons spotted, compared to 91 during last year’s count.
Counters tallied a total of 28 chicks, with 13 seen on the west end and 15 in the east. That was eight fewer chicks than spotters sighted last year, although several volunteers reported seeing adult loons still sitting on nests so the lake could still produce a few more chicks this season.
This year’s loon totals, which represent the fourth-straight year that loon numbers on the lake have been below the ten-year average, suggest that the lake’s loons could be showing the effects of the 2010 BP oil spill in the Gulf of Mexico.
Minnesota is home to more common loons than all other states in the U.S. combined, except Alaska. And as the state bird, interest has long been high in this iconic summer resident. In the wake of the 2010 oil spill, researchers have been closely watching loon numbers for signs that the incident on the Gulf could be impacting loon numbers and reproduction. Previous research has demonstrated that loons in Minnesota and Michigan were exposed to the 2010 spill, but it remains uncertain how quickly any effects from that exposure might show up in population trends and reproductive success. The Lake Vermilion loon count is one of the longest-running loon surveys in Minnesota, which makes it particularly valuable for researchers watching the long-term health of the state’s loon population.
Most Minnesota loons winter on the Gulf Coast, so they likely were exposed to some of the toxic byproducts of the 2010 spill. In addition, young loons from the region will frequently spend their first several years living on the Gulf. They don’t return to breeding grounds on northern Minnesota lakes until they reach maturity.
Loons are good indicators of water quality because they need clean, clear water to catch food. They are also sensitive to disturbances such as lakeshore development and contaminants like mercury and lead in their environment.