REGIONAL— Thousands of area residents were left without power this week after high winds associated with a line of severe thunderstorms flattened trees, tore off branches and snapped at least … 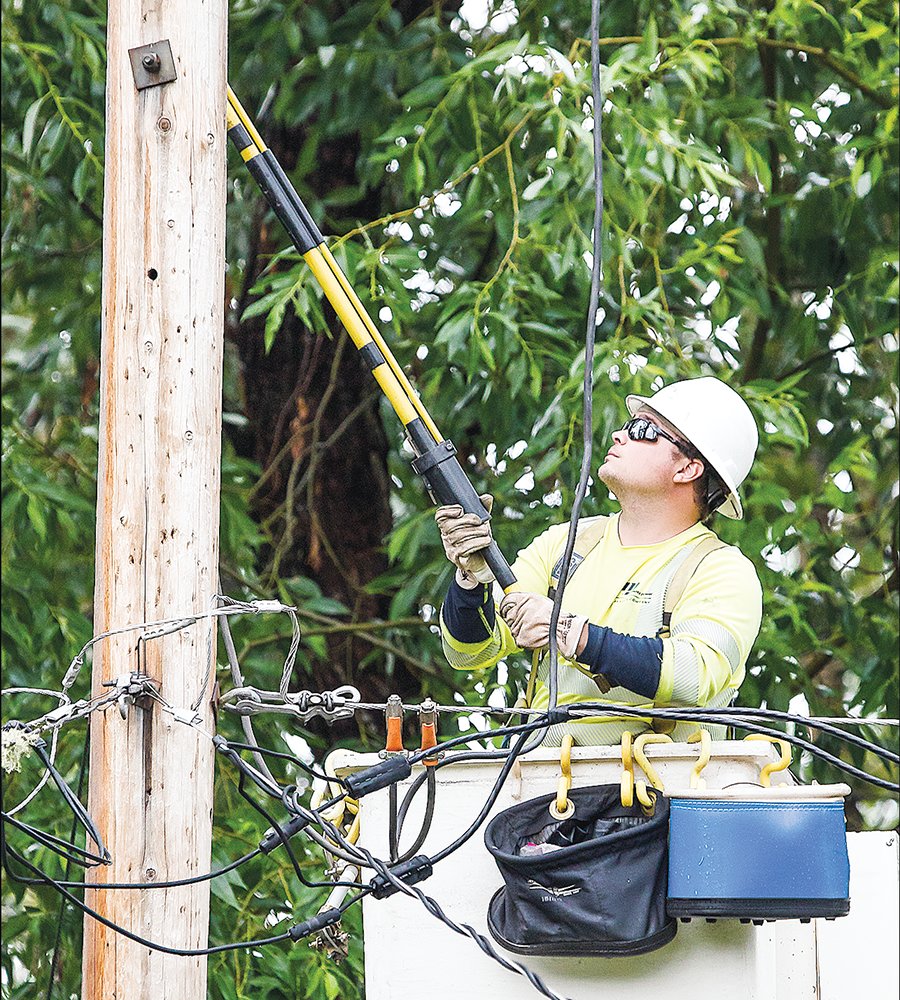 REGIONAL— Thousands of area residents were left without power this week after high winds associated with a line of severe thunderstorms flattened trees, tore off branches and snapped at least one power pole near Ely.
A total of 2,559 Lake Country Power customers were left without service in the wake of the storm, which struck about 3:30 p.m. on Monday.
About 510 Minnesota Power customers in Tower and along the southern shore of Lake Vermilion’s Pike Bay lost power in the storm after lightning apparently burnt a section of electrical line near Tower City Hall. That kept power out in the city for nearly four hours. Most of the damage from the storm was focused in the Lake Vermilion, Eagles Nest, and Ely areas.
Lake Country Power spokesperson Tami Zaun said the rural electric cooperative had dispatched a dozen two-person work crews to the area in the immediate aftermath of the storm. She said lots of downed trees were found in the area, which had contributed to the outage. Crews restored power to virtually all Lake Country Power customers in the region by midday on Tuesday.
Private tree services reported they were busy in the wake of the storm, helping people clean up downed trees. Tower Mayor Orlyn Kringstad had his own adventure after the storm blew through the Eagles Nest area, where he maintains a cabin. “It blew my pontoon boat off the mooring and floated away with the dock attached to it,” Kringstad posted on Facebook. “I had to swim out to get it and then slowly drive the pontoon back, dock attached.”
While the storm brought high winds and lightning to the area, it didn’t bring much rain. Many areas saw barely a quarter inch of rain from the storm, while others saw virtually no rain at all.