REGIONAL— Most hunters will be looking for antlers when they head to their stands for the start of the firearms deer season on Saturday. Despite last year’s mild winter, the lingering … 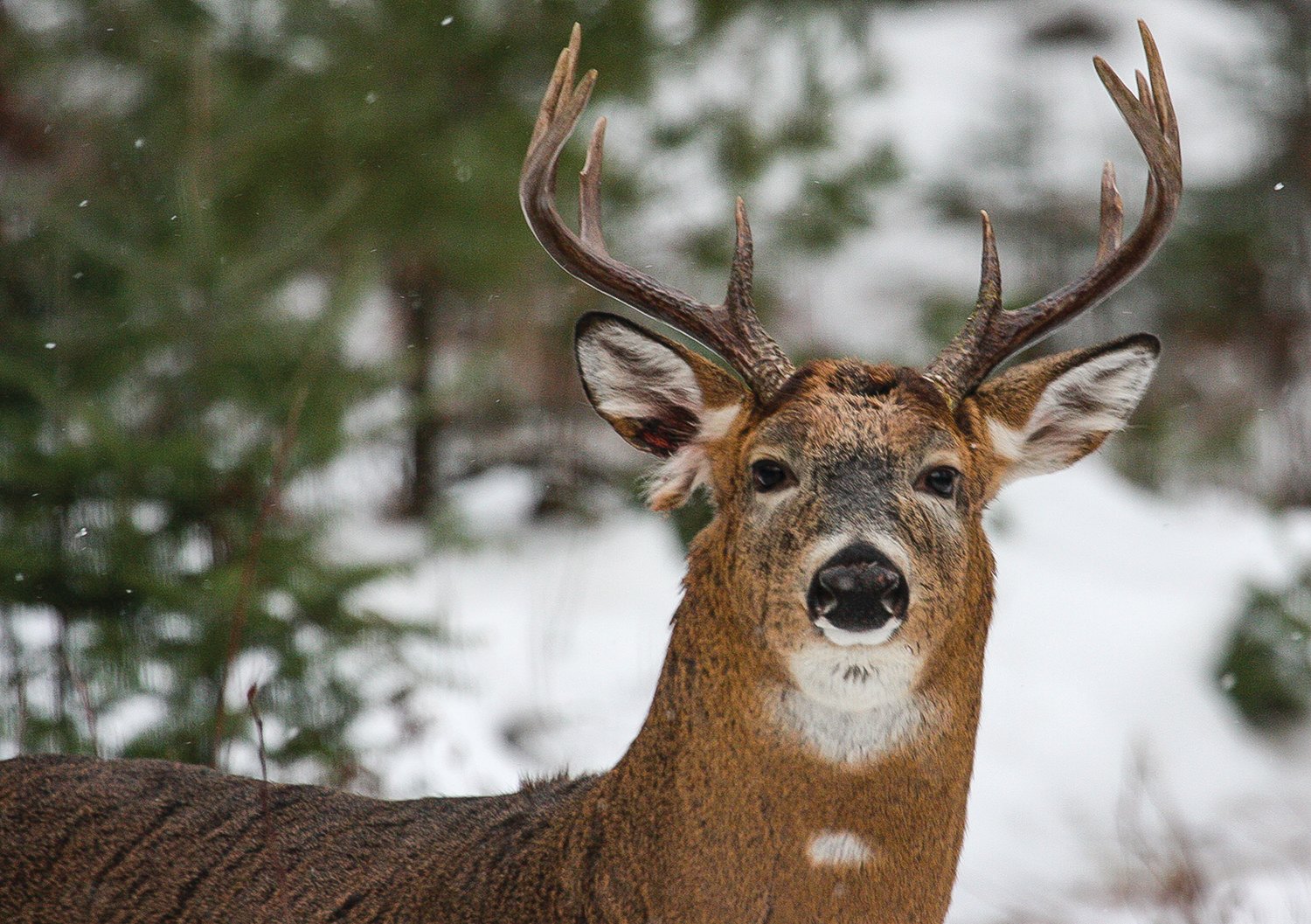 REGIONAL— Most hunters will be looking for antlers when they head to their stands for the start of the firearms deer season on Saturday. Despite last year’s mild winter, the lingering effects of a series of average-to-severe winters have left deer populations under goal in most locations in northern St. Louis and Lake counties— and that means the Department of Natural Resources has issued fewer antlerless permits than in some recent years.
At the same time, the DNR is following the direction offered by hunters over the past year as the DNR updated its deer management plan. Most hunters say they want to see more deer, and the DNR can only achieve that goal by reducing the hunter harvest, at least in the short term.
The fallout is being seen across the board. Even in Permit Area 177, which typically has the region’s highest deer numbers, the DNR issued just 600 antlerless permits, while it issued just 150 doe tags in adjacent PA 176. Meanwhile, hunters in PAs 130, 132, 118, and 119 will have to content themselves with bucks only. Only PA 117, located in the heart of the Boundary Waters, will allow hunters to shoot either sex this year with a standard license. But that’s only because the area is managed almost exclusively for moose, and few deer hunters opt to hunt there due to the extremely limited population of whitetails.
The good news is that the relatively late opener means that hunters should hit their stands during the “chasing phase,” of the rut, according to just-retired DNR Tower area wildlife manager Tom Rusch. “Bucks should be on their feet, creating excellent deer activity through the first week of the season,” said Rusch. Breeding activity generally peaks in mid-November when the rut transitions into the reproductive phase and deer movement typically slows.
While hunters will face challenges this year, Rusch said they can improve their odds by taking the time to scout ahead of the season and adjusting their hunting locations to match changing conditions. “Deer are not evenly distributed across the permit areas,” noted Rusch. “Experience has shown that mobile, stand-hunters who move as the forest changes, will find the most success.”
And, as always, notes Rusch, hunters can improve their odds by putting in as much time as possible in the stand. Hunters rarely get their deer eating lunch or napping back at the shack, after all.
Time of day also matters. The opener will coincide this year with the new moon, which should limit deer activity somewhat overnight. That means bucks should be most active at the first crack of dawn and in the late afternoon or evening. But that doesn’t mean hunters should ignore the midday hours, which can often be productive during the peak of the chasing phase.
It appears that the weather won’t pose much of a challenge to hunters. There’s little sign of snow in the forecast and temperatures are forecast to be well above normal, with highs in the low-to-mid and lows in the upper 30s.
Hunters can legally shoot from a half hour before sunrise to a half hour after sunset each day during the 16-day season. The sun will rise at 8:01 a.m. on opener and will set at 5:45 p.m. Just don’t forget to adjust your clocks overnight on Saturday, as daylight savings ends at the stroke of midnight. That puts Sunday’s sunrise at 7:03 a.m. and sunset at 4:43 p.m.
Longer term looks favorable
This past winter was one of the mildest in years and that’s translated into decent fawn production in some parts of the area. That won’t help hunters this year, but it promises a decent crop of spike and forkhorn bucks in 2022. “Fawn production is always greater in 176, 177 and 178 because of the availability of agricultural fields and earlier spring green-up following tough winters,” said Rusch. Those areas could be among the first to see an increase in the number of antlerless tags, perhaps beginning as early as 2022.