REGIONAL- Employees of the Togo Correctional Facility, along with their families, friends and the communities where they live are celebrating today as the Legislature came through with $7.5 million … 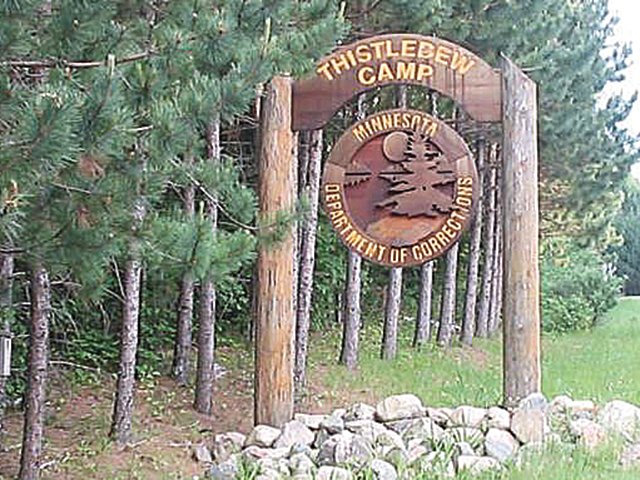 REGIONAL- Employees of the Togo Correctional Facility, along with their families, friends and the communities where they live are celebrating today as the Legislature came through with $7.5 million tucked into the massive $1.9 million bonding bill to keep both Togo and Willow River facilities operating through June 30, 2021.

Concerned eyes were riveted on this week’s special session of the Minnesota Legislature, as it was likely the last clear chance to save the facility from being closed two months from now. Multiple bills targeting the Togo situation were introduced in the House and Senate, but it was the House version of the bonding bill that ended up being the route legislators used to secure the necessary funding.

Formerly known as Thistledew Camp, MCF-Togo and MCF Willow River, homes to the unique Challenge Incarceration Program, were tabbed in August to be closed by Department of Corrections Commissioner Paul Schnell as part of an effort to close a gaping $14 million budget shortfall in his department. A mid-November CIP graduation was slated to be Togo’s last, and the facility would have been closed for good in early December, putting more than 60 full and part-time employees out of work in an area already hard-hit by the pandemic economic downturn. MCF-Willow River would have closed in January.

Employees and supporters have been busy ever since Schnell’s announcement trying to drum up support for additional funding to keep the facilities open. Nearly 500 joined a Facebook group set up to facilitate communication about advocacy efforts and provide support. Two rallies have been held in Nashwauk, with Schnell attending the first to explain his decision and offer his support of supplemental funding. The city of Big Fork hosted an interactive watch site for a House committee virtual meeting in September where employees and supporters offered testimony on behalf of the endangered facilities. People have been bombarding legislators and aides with phone calls and emails for weeks.
All their efforts paid off when a revised version of the bonding bill was introduced in the House that included $7.5 million for the Department of Corrections for salaries and overtime, an unusual addition given that bonding bills are designed primarily for capital improvement projects and not departmental operating expenses. Togo’s prospects were improved even more on Wednesday when the House approved an amendment to reserve that $7.5 million specifically for Togo and Willow River, and passage of the overall bill in both houses sealed the deal, awaiting only the governor’s signature to become official.

The money will be sufficient to keep Togo and Willow River operating through the end of the current budget cycle, but supporters may well find themselves back at it again in the spring.  The state is facing a multi-billion dollar shortfall for the next two-year budget cycle, and a bill that would have explicitly prohibited Togo and Willow River from being closed didn’t make it out of committee.