The Mesabi Trail’s final segment, through Kugler Township, now set for completion in 2023

REGIONAL— For more than 20 years, the Mesabi Trail has been a work in progress, a goal with a completion date far off in the future. But barring an unforeseen roadblock, all 135 miles of paved …

The Mesabi Trail’s final segment, through Kugler Township, now set for completion in 2023 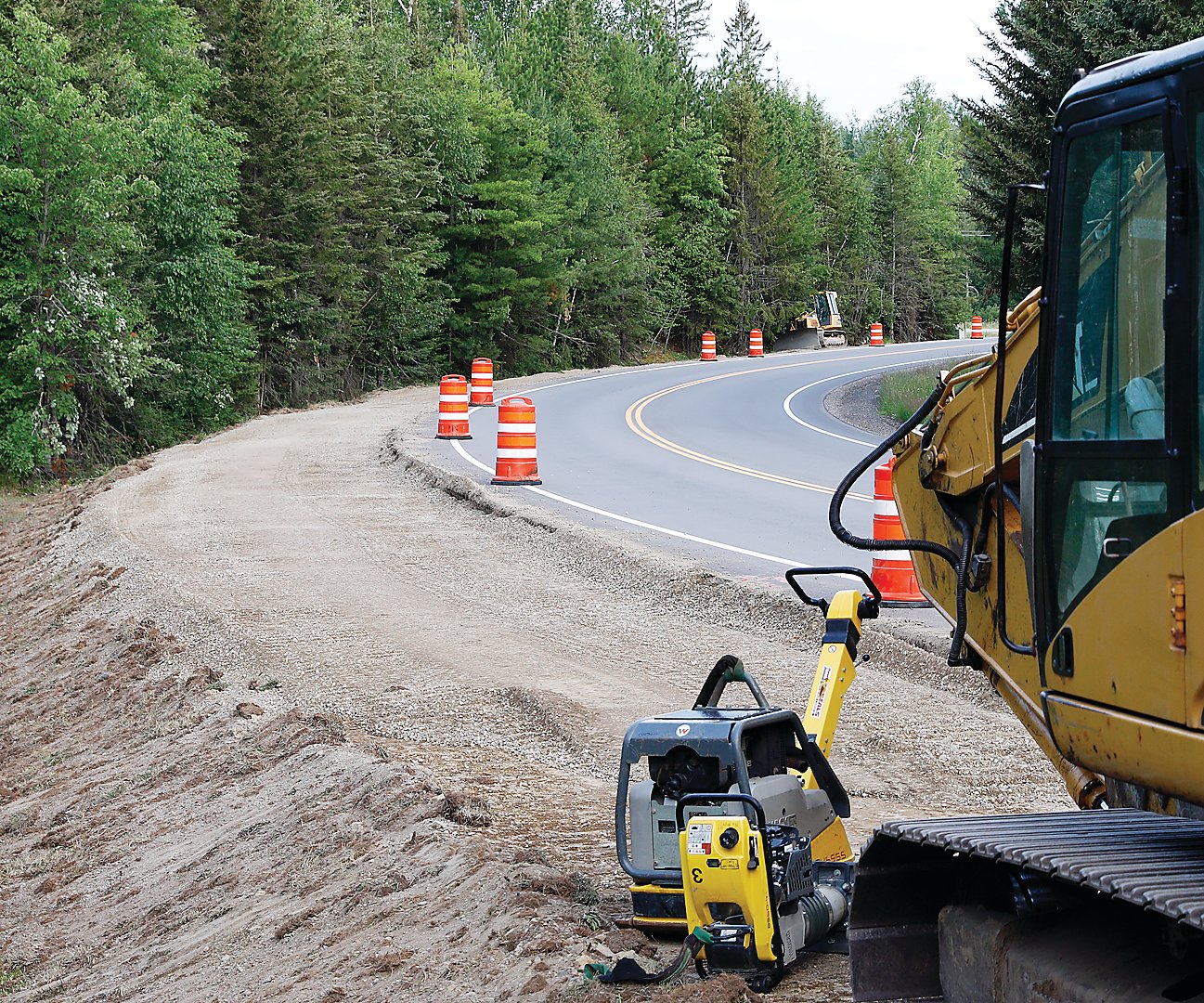 REGIONAL— For more than 20 years, the Mesabi Trail has been a work in progress, a goal with a completion date far off in the future. But barring an unforeseen roadblock, all 135 miles of paved bike path from Grand Rapids to Ely could be officially completed in just two years.
“Done. I mean done-done,” said Bob Manzoline, who has spearheaded the trail-building process with the patience of Job as it wound its way to completion, segment-by-segment. “We knew this day would eventually come,” he said.
They’re getting there thanks, in part, to a busy 2021 construction season on the trail. An eight-mile stretch from “downtown” Embarrass to just short of the intersection of Hwy. 135 and County Rd. 26 has now been paved and Manzoline said he expects final cleanup along the route to be completed by the end of the month.
The connection from there to Tower is likely to be the final link in the chain, but Manzoline is hopeful that the end is in sight on what has proven to be a difficult stretch. While the former rail grade between Tower and Embarrass would have been a natural location for the trail, a handful of landowners have resisted its use for that purpose. That will force the trail to cover a portion of the stretch from County Rd. 26 to Tower along the Hwy. 135 right-of-way.
Manzoline has an engineer working on the segment and he’s already lined up $1.3 million in state bonding money and is preparing the grant request for another $1 million to finish the roughly six-mile stretch. That remaining funding won’t be available, however, until the Legislature gives the green light next year. With that timeline in place, Manzoline said he would expect to have the engineering and environmental review work completed by late 2022, with final construction in 2023.
Meanwhile, work on the hotly-anticipated stretch of trail from Tower to Ely is expected to be completed by next summer. Work is close to complete on a section of trail from the Hwy. 169 rail overpass, west of Ely, to the County Rd. 88 cutoff. And a final MnDOT review is nearing completion for the remaining segment into Ely. Manzoline said he hopes to have that segment under construction this year.
Work got underway last week on the still-missing segment from the intersection of Hwy. 169 and Trygg Road to the Eagles Nest Town Hall. That should be completed yet this year. That leaves only a small piece still missing between the highway underpass and the town hall, which should be built by next year at the latest. That would be the last stretch needing completion between Tower and Ely.
Completion of the trail won’t put Manzoline out of a job, however. Even as he hopes to put the finishing touches on the trail in 2023, he’s already working on reconstruction of the first segment of the trail, built between Tower and Soudan some 20 years ago. Manzoline said the $600,000 in funding for that reconstruction is now in place, with $300,000 from state legacy bonding, $150,000 from a federal trails grant, and the remaining $150,000 from the rail authority that oversees the Mesabi Trail.
Manzoline had originally hoped to rebuild the trail this year but, as usual, the project is more complicated than one might expect. Much of the original trail was built atop forced wastewater mains that serve both Tower and Soudan and the communities’ joint wastewater board has decided to replace about 20 aging manholes along the route in conjunction with the trail project. Wastewater manager Matt Tuchel said the price tag for the manhole replacement is estimated at $409,000, an amount the wastewater board is still working to raise. Tuchel said the wastewater board has already met with Manzoline to coordinate the work and has agreed to use the same engineer to design and oversee both the manhole replacements and the trail reconstruction. Tuchel said he’s hoping to have the project out for bid by this fall, with project completion by next spring. That will push the reconstruction of the bike trail out to next year.