REGIONAL— Construction is now underway on the final two segments of the Mesabi Trail that will connect Tower and Ely, and both segments should be completed later this spring or summer. It marks … 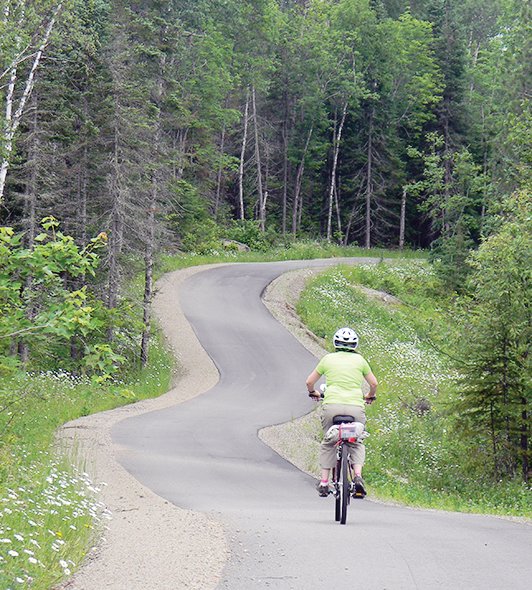 REGIONAL— Construction is now underway on the final two segments of the Mesabi Trail that will connect Tower and Ely, and both segments should be completed later this spring or summer. It marks a major milestone in the now nearly quarter-century long effort to complete the 145-mile-long trail stretching from Grand Rapids to Ely.
Trail contractors Low-Impact Excavating began work on the roughly three-mile stretch from County Rd. 88 to Ely last week. The segment should be fully built and paved by the end of August, according to longtime trail director Bob Manzoline.
Meanwhile, work on a roughly two-and-a-half-mile section of the trail in the Wolf Creek area has been underway for some time and Manzoline said he expects that contractor Mesabi Bituminous should have the trail completed and paved by the end of the month. That segment of trail had been delayed by a reluctant landowner, but Manzoline said the landowner eventually agreed to sell the necessary land, rather than provide an easement.
While this summer’s work will complete the trail between Ely and Tower, it won’t be the final connection. That designation will fall to the stretch between Tower and County Rd. 26, which is still in the planning stage. The reluctance of several landowners to grant easements along a former rail grade has complicated planning for the roughly five-mile-long stretch. “We’ve been beating the bushes looking for a route,” said Manzoline, who noted that the situation may push a significant portion of the trail into the Hwy. 135 right-of-way. While a manageable approach, road corridors typically lack the scenic qualities trail officials have tried to emphasize.
Assuming a route is finalized, Manzoline said he expects, or at least hopes, that construction of the final segment will be completed next year, just in time for Manzoline to call it a career. Manzoline, who has spearheaeded the construction of the trail since the beginning, plans to retire once the final segment is in place.
In fact, the St. Louis and Lake Counties Rail Authority, which oversees the trail, has already hired Manzoline’s eventual replacement, Sarah Ciochetto, who was recently brought on as deputy director. Manzoline said he’s ready to fade into retirement after more than 20 years of trail planning, seeking trail funding, and overseeing trail construction. He said he expected the trail would take 10-15 years to build, not 25, but that funding issues created considerable delays at various points along the way. “That was the biggest obstacle,” said Manzoline. “Having to wait for funding.”
Despite the waiting, Manzoline said there was always plenty to do to advance the trail. “It’s a three-stage process,” noted Manzoline. “You were always planning one segment, working on land acquisition for another, or involved in actual construction.”
The timeline was so extended that the rail authority will begin resurfacing one of the original segments of the trail, which runs through Tower, later this year. The segment would have been resurfaced last year, but the rail authority decided to coordinate its work with sewer upgrades undertaken along the corridor in recent months by the Tower-Breitung Wastewater Board.
Manzoline is hopeful that the resurfacing can be completed this summer, but the project is currently on hold while he waits for approval from a DNR hydrologist, who is reviewing and needs to sign off on bridge plans for reconstruction of the trail’s bridge across the East Two River, near Junction Road. Manzoline said he needs an okay soon in order to get bids approved and have a contractor in place for the work during this year’s construction season.