REGIONAL— The COVID-19 pandemic prompted more Americans to spend time in the outdoors over the past two summers and, for many, that meant taking a trip in the Boundary Waters Canoe Area. But … 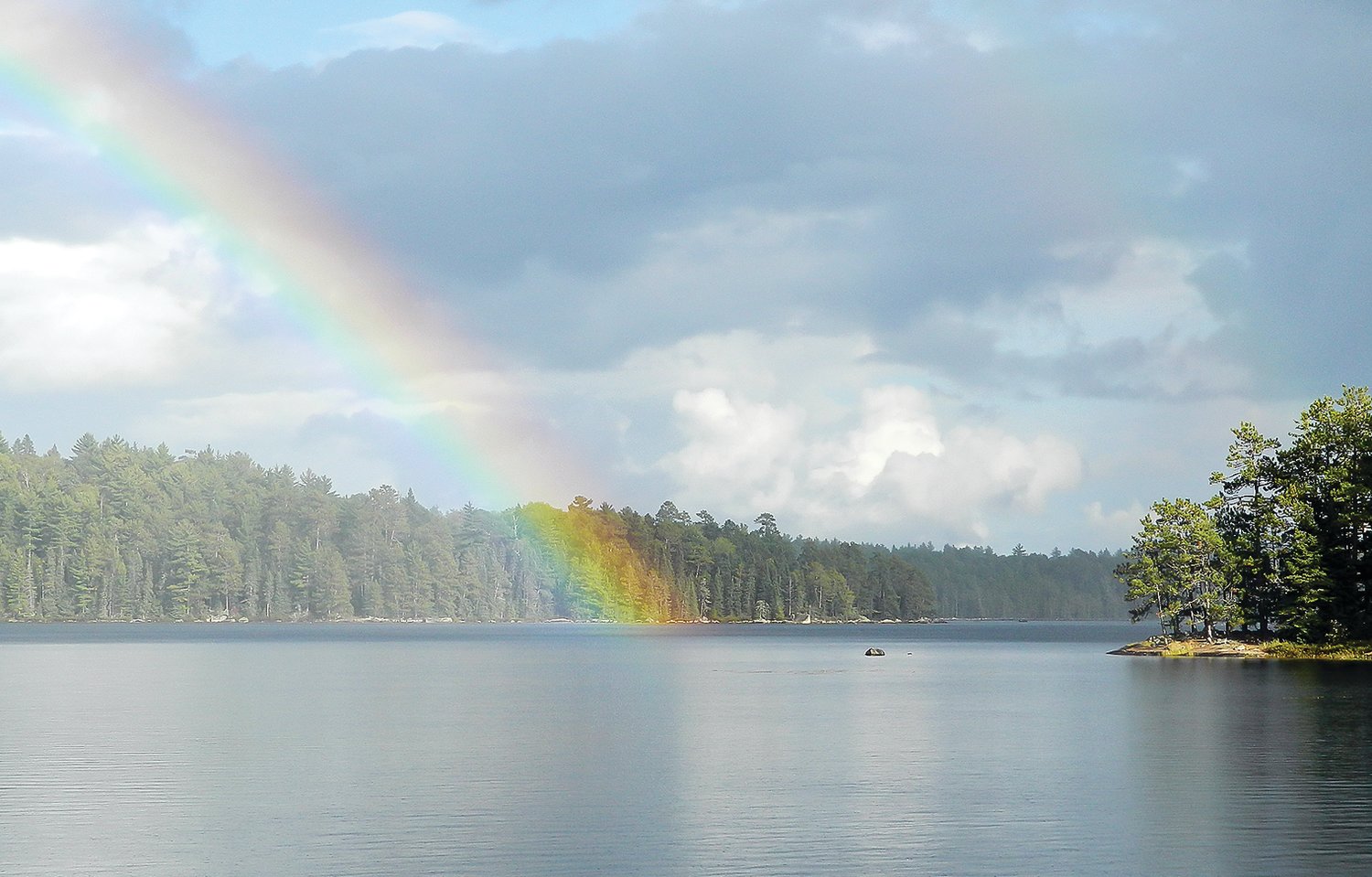 A rainbow appears to dip into the clear waters of Big Moose Lake in the Boundary Waters Canoe Area Wilderness. Fewer visitors may have access to Big Moose and the more than 1,000 other lakes in the 1.1-million acre wilderness as a result of entry permit reductions planned for 2022.
M. Helmberger
Posted Wednesday, December 8, 2021 5:23 pm