When gasoline was 29 cents a gallon in Ely

Most of us older than 65 years of age can remember when gasoline cost much, much less than today. Like maybe even $4 or more per gallon. That 29 cents back in 1964 would be worth about $3 today. Back …

When gasoline was 29 cents a gallon in Ely 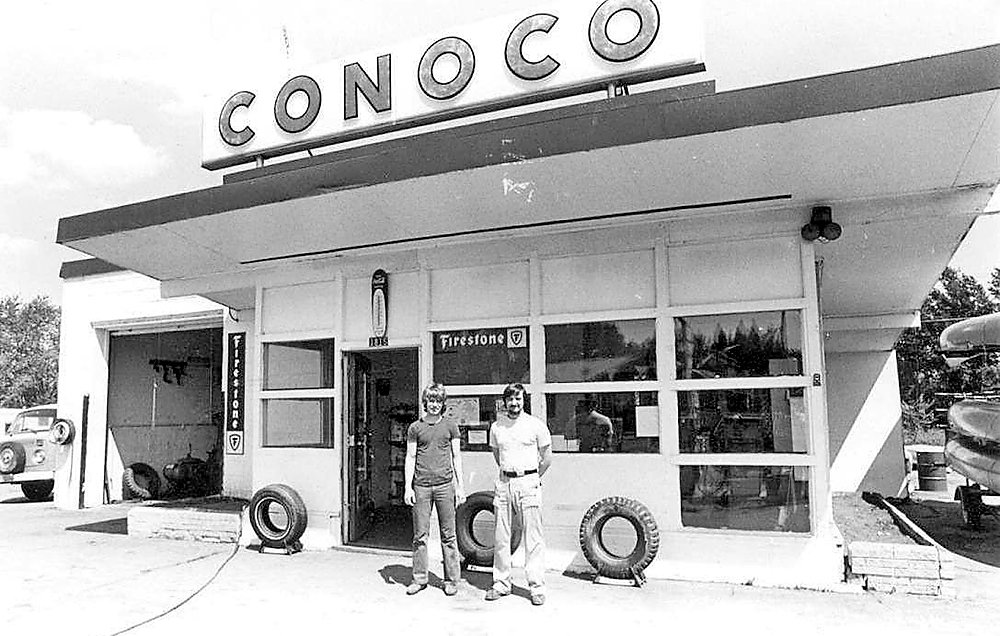 One of two Conoco Gas Stations located in Ely in the 1960s.
photo courtesy of the the Ely-Winton Historical Society
Posted Wednesday, July 27, 2022 5:59 pm

Most of us older than 65 years of age can remember when gasoline cost much, much less than today. Like maybe even $4 or more per gallon. That 29 cents back in 1964 would be worth about $3 today. Back in 1964 young people were, however, probably earning $1 an hour waitressing, bussing tables, or pumping gas.
Cruising the main street was a favorite activity, particularly on weekends. There were many more tragic car accidents back then too. A favorite trip in the family car was down to Central Garage to see the wrecked cars. John Koschak, who owned the garage, always had stories to tell about the wrecks and other stories as well. He stayed open late, working in his office. Other gas stations closed early in the evening but one could almost always depend on John to be open for a late night purchase. A more chatty man could not be found.
What many have no doubt forgotten is the number of gas stations and the gas pumps at car dealerships. Today gas pumps are connected to convenience stores. In a stand-alone gas station of the past, a person would have found only chewing gum and candy bars for snacks, and motor oil, tire gauges, tires, and belts for a car engine.
One of the gas stations from the past was a Standard Oil station on Chapman Street, owned by George Lahti, then Bob Ellis, Charles “Pudgy” Kleemola, and Bob Colombo. That corner is now the home of the Ely Area Credit Union.
Another Standard Oil/Amoco station was owned and operated by Arlen Ladwig on the far west end of town. The site has become the Dollar General store (with no gas pump). There were once seven gas stations in town back in 1964. Now there are five.
Car dealerships also had gas pumps. Everyone purchasing a new vehicle was given a full tank of gas as soon as the car deal was made. One such was Forest Chevrolet which has become the parking lot for the old Zup’s store. Still another was the old Ford garage on Conan Street. It is now an abandoned building.
Vic Thompson’s garage on Central Avenue just south of White Street sold Hudson and Kaiser Fraser cars. Vic later operated an ice business and then a beer distributing one. The building has the look of a car dealership garage even now but it is used only as a storage building. Besides being a general mercantile the Winton Co-op also sold gas.
Tony’s Conoco (now Your Boatworks) was originally Andy Jacobson’s Pure Oil station. It later became a “76” station. Andy had a reputation of being honest, friendly, and jovial.
Pete’s Garage, the “Dodge Garage,” is now occupied by Legacy Toys. Albert Wiinikainen sold Dodge, Plymouth, and Chrysler cars and trucks. The “Pete” part of the name came from Jacob Pete who built and owned the garage. A gas pump was also part of the car dealership.
Mike Motors started in the Studebaker garage next to the old Ford garage on Conan. Later a new building was constructed on East Sheridan Street. Mike’s did a brisk business selling gas.
One of the more interesting “transformations” in regards to building changeovers is that of the Rothman Garage across from the old Ely Community Center. It originally had been a Ford agency. It sold gas under a Phillips 66 dealership and offered complete service for maintaining and repairing vehicles of all makes. Eventually it became a fuel oil distributor. Later it was acquired by the Ely Senior Citizens who eventually rented space on Sundays and later the Oasis Church. Fuel for vehicles became fuel for the soul before the church bought the Amici Event Center on Central Avenue. “Shorty” Lenich had another Phillips 66 station on Sheridan Street.
A short way up the Fernberg Trail from Winton was a tavern and a gas pump operated by Charlie Pusovich. There is nothing of it standing today. The present Voyageur gas station and convenience store on East Sheridan Street, a block south of the college, was also Pusovich’s property.
There were two Slogars in the gasoline business in Ely, both Conoco stations. One was located on Sheridan St. and First Avenue, where the thrift store is located. The other was “Bunny” Slogar’s near the park. Next to his gas station was the Parkside Milk Bar, a favorite of many Ely children. No, they did not just sell milk but also soft drinks, ice cream, malts, and more. Almost every child in Ely knew John and “Muggsy.”
Blomberg’s Cenex station and convenience store has replaced the original Cities Service station first opened by Amelius Stenlund. Between then and now it was an Amoco station. Mr. Stenlund was another of a number of Ely entrepreneurs who were known to be friendly, jovial, and very helpful.
Both the price of gas and wages of workers have increased considerably in the past 50-plus years. While there are many more vehicles and licensed drivers on the road now, today motorists pump their own gas (something unknown in years past), deciding what grade of gasoline is right for their cars or other vehicles such as ATVs, snowmobiles, and motorcycles. Gasoline is also needed for snowblowers, lawn mowers, and outboard motors. The owners of gas pumps today have new concerns too;that their tanks are large enough and in perfect condition because replacing and repairing them is extremely expensive.
Pictures of early Ely gas pumps and gas stations including some present day ones are now on display in the Fine Arts Lobby at Minnesota North College, Vermilion Campus. Note the models of antique cars. This display will be there until the first week of October. Please phone the historical society office at 218-365-3226 or David Kess at 218-365-3928 if you have any questions or if you have additional information to offer on “gas in Ely.” The museum and office are now open Tuesday through Saturday, noon until 4 p.m.