ELY— Two very different views of the 2020 election clashed at times on the sidewalks of downtown Ely this past Saturday morning, as about 150 area residents turned out for showings of the … 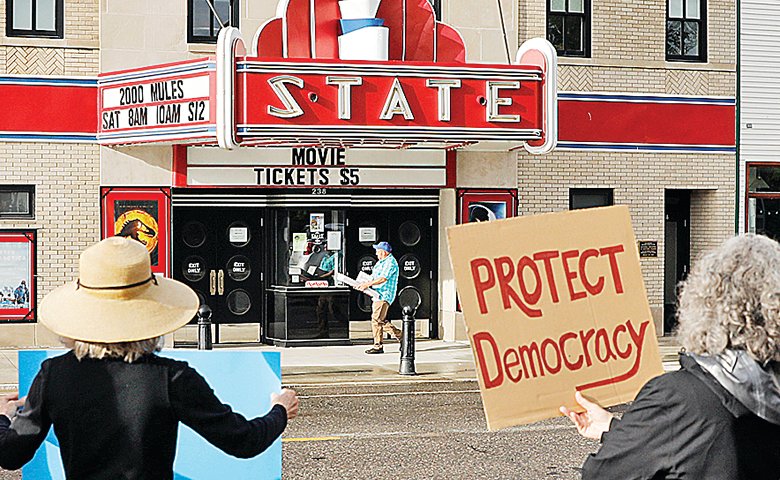 Protestors gathered outside of Ely’s Historic State Theater Saturday morning as the city’s mayor, Roger Skraba, candidate for the Minnesota House 3A seat, made his way inside to view the controversial political film, “2000 Mules.”
K. Vandervort

Ely resident Mike Banovetz gave a thumbs up Saturday morning as he engaged with protesters across the street from Ely’s Historic State Theater prior to the showing of “2000 Mules,” a film purporting to document claims of voter fraud during the 2020 election.
K. Vandervort
Previous Next
Posted Wednesday, June 29, 2022 7:32 pm