BIG RICE LAKE— For much of this summer, the roar of an airboat engine has regularly broken the sounds of nature that normally dominate the shores of this remarkable lake, tucked away in the … 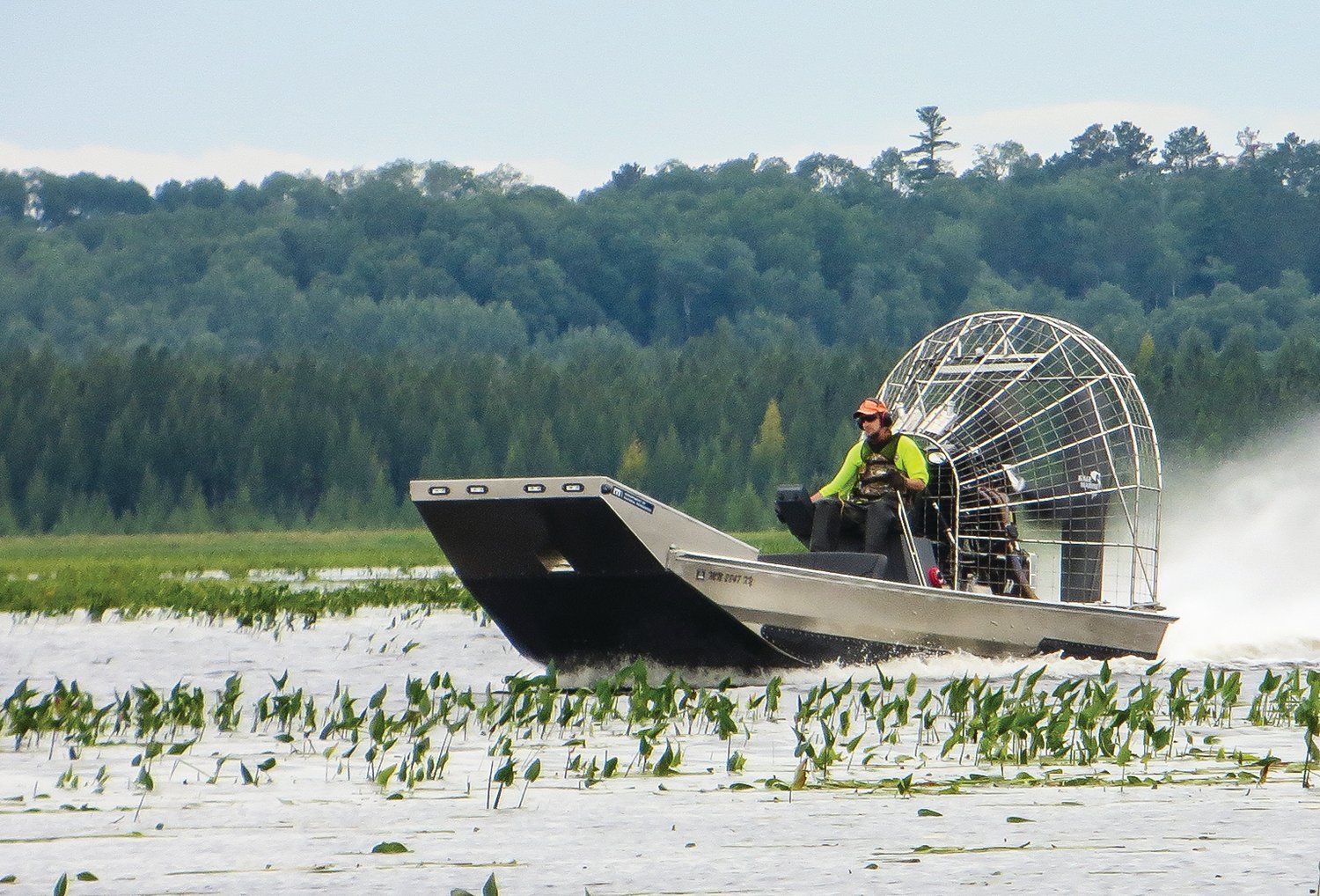 A DNR crew member operates the recently-purchased air boat on Big Rice Lake. Cutting blades that hang out the back below the water line, slice off the leaf stems of the pickerel weed, setting the stage for a possible recovery of wild rice. 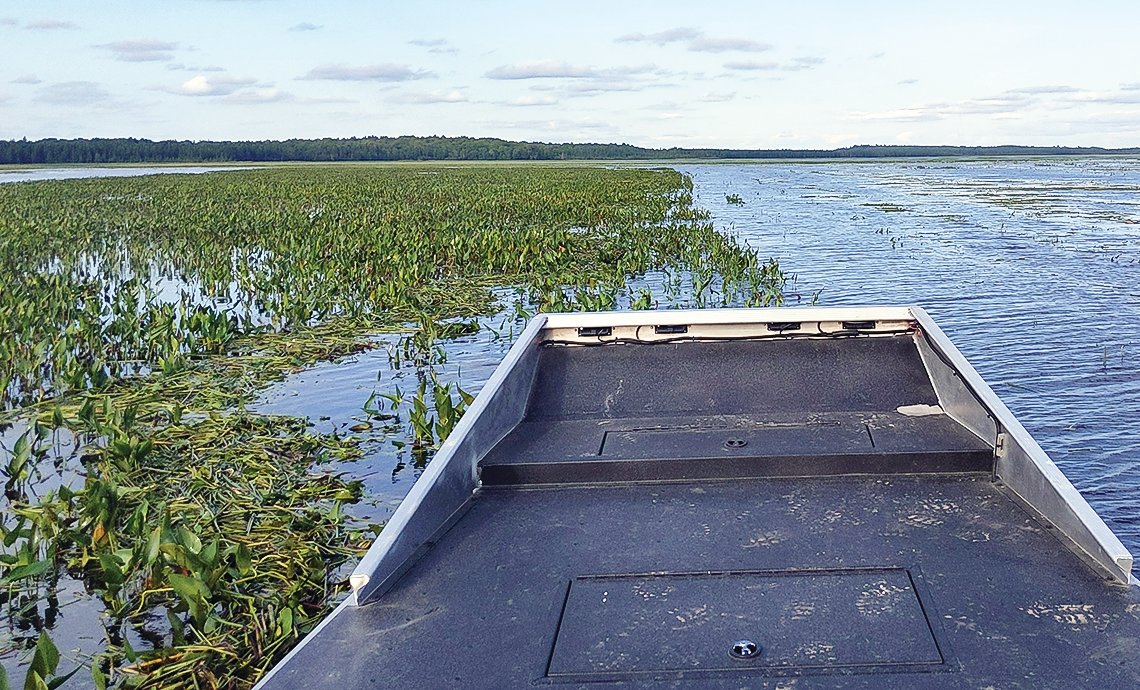 Looking along the edge of the pickerel weed patch being “mowed” shows the effectiveness of the mowing process. 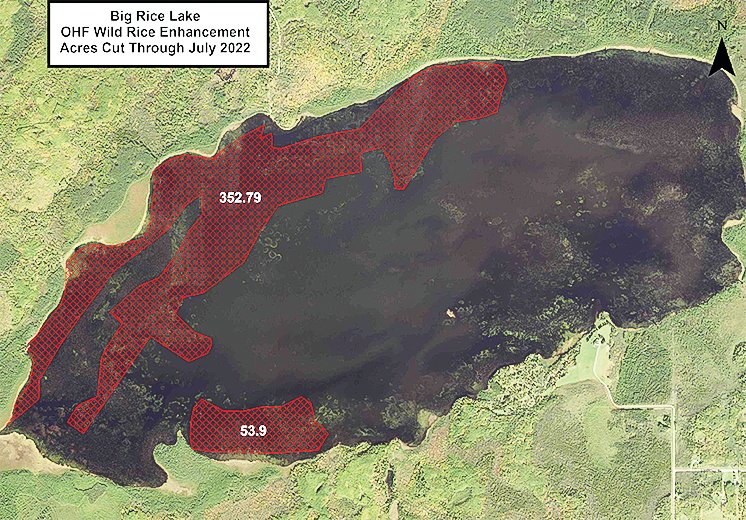 A map showing the area treated so far this year in red.
Previous Next
Posted Wednesday, August 17, 2022 9:08 pm