Deans to be converted to assistant principals

FIELD TWP- The ISD 2142 school board expressed its confidence in the leadership of Superintendent Reggie Engebritson at its Nov. 22 meeting at North Woods School by unanimously approving a new …

Deans to be converted to assistant principals 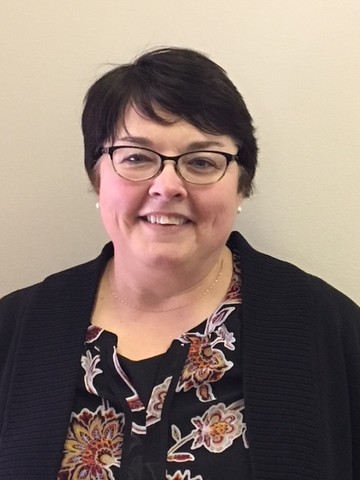 FIELD TWP- The ISD 2142 school board expressed its confidence in the leadership of Superintendent Reggie Engebritson at its Nov. 22 meeting at North Woods School by unanimously approving a new three-year contract for the long-time administrator, running through June 2026.
Under the terms of the contract, Engebritson will be paid $160,000 for the 2023-24 school year, $164,000 for 2024-25, and $168,000 for 2025-26. The contract covers only Engebritson’s work as superintendent for ISD 2142. Engebritson also serves as superintendent for the Mt. Iron-Buhl district, an arrangement with extra compensation paid under a separate shared services agreement. Engebritson’s salary for the current school year for ISD 2142 is $156,000.
Engebritson had served for ten years as executive director of the Northland Learning Center, a special education cooperative with eleven area independent school districts, when she was named interim superintendent in January 2018 to replace former Superintendent Steve Sallee, who left mid-contract for a position in Rochester. The following month, Engebritson was hired as the permanent superintendent after the board chose to forego a wider search process.
Converting deans
In order to provide for more shared management responsibilities, the position of Dean of Students at North Woods, Cherry, and South Ridge will be converted to Assistant Principal positions, according to a proposal approved by the board. The new positions will include additional duties for staff evaluation, athletics, behavior follow-through, assistance with teacher management, and oversight of building use. The board gave Engebritson approval to post for the positions, which would pay an annual salary of $87,212 based on Step 1 of the current year salary schedule.
In other action, the board:
• Approved a memorandum of understanding with Bois Forte Health and Human Services for the program to provide therapy and other mental health services for Bois Forte youth attending North Woods School.
• Approved the revised school meals policy and equal access to school facilities policy discussed at prior board meetings.
• Appointed Chris Koivisto as representative to the Range Association of Municipalities and Schools.
• Approved final documents related to the sale of four district lots in Cook to Gary Martinson, as previously discussed in prior meetings.
• Hired Stephanie Daugherty and Deborah Paris as part-time paraprofessionals at Northeast Range.
• Hired Alice Hannine and Andreastar Traut as part-time paraprofessionals at North Woods.
• Hired the following coaching staff: Dwayne Walters, North Woods head baseball coach; Cody Siebert, NER head boys basketball coach; Thomas Burnett, North Woods assistant boys basketball coach; Liz Cheney, North Woods head girls basketball coach; and Becca Bundy and Alli Sandberg, North Woods girls basketball assistants.
• Accepted resignations from Tower-Soudan Site II Secretary Crystal Scofield; North Woods assistant girls basketball coach Gena Flank, and NER paraprofessionals Samantha Winans and Heather Dimich-Jackson.