Down the Little Fork

The right canoe, a bit better planning, provides redemption on the river

LITTLE FORK RIVER— A 20-mile paddle down this (mostly) lazy river recently was a journey of redemption, of sorts. It had been at least 15 years since the last time I’d traveled this same …

Down the Little Fork

The right canoe, a bit better planning, provides redemption on the river 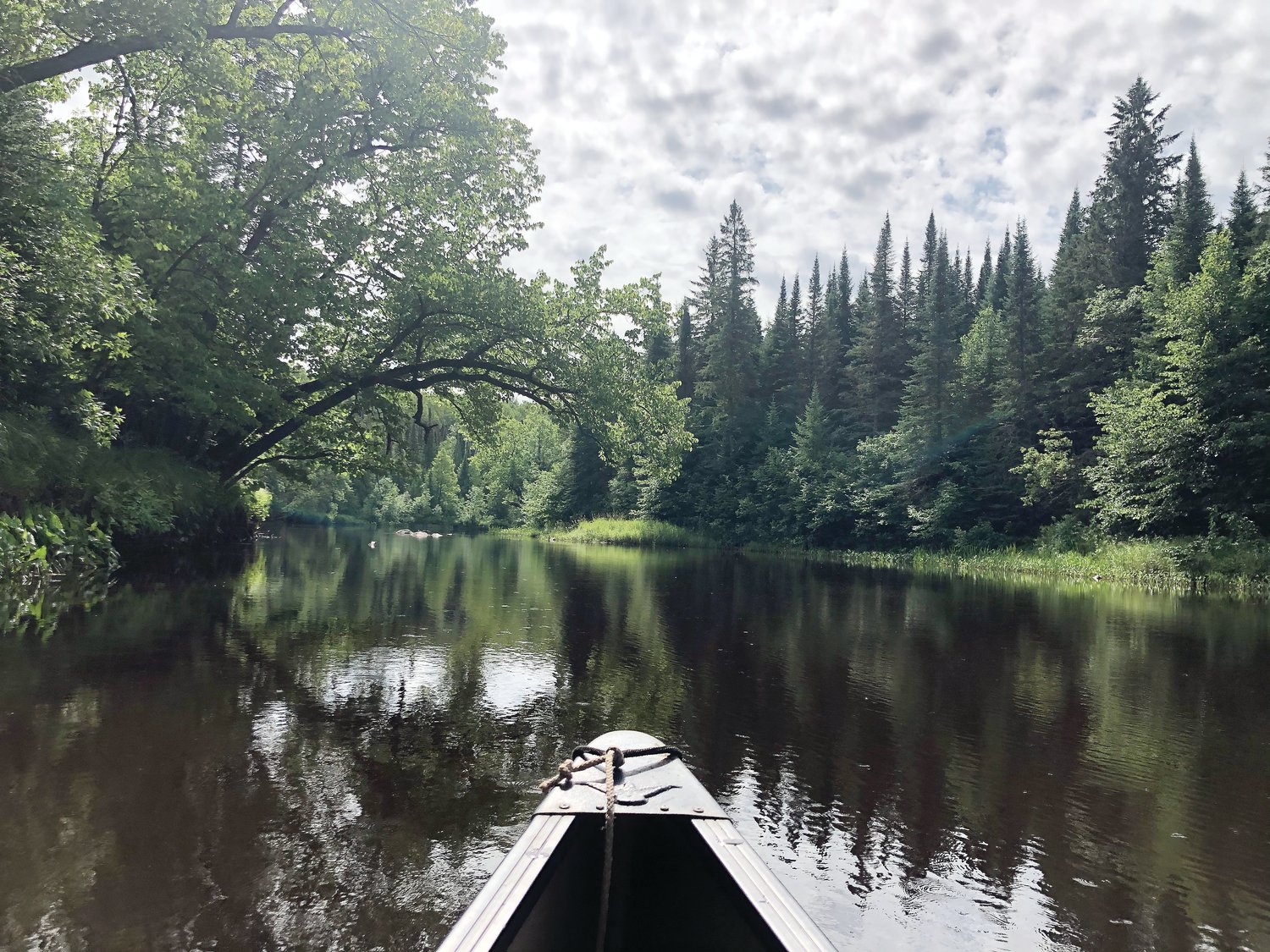 A view down river, demonstrating the difference between the west side, dominated by deciduous forest, and the east side, which was much more coniferous
M. Helmberger 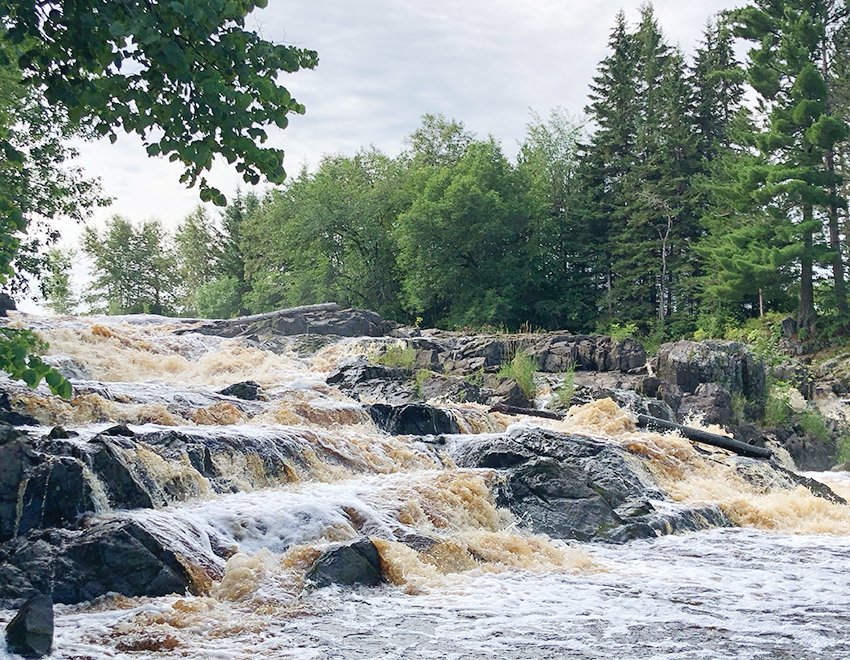 he largest drop on the Little Fork River, known as Hannine Falls, is located near Meadowbrook. The falls create a Class IV rapids that is best portaged rather than run.
M. Helmberger 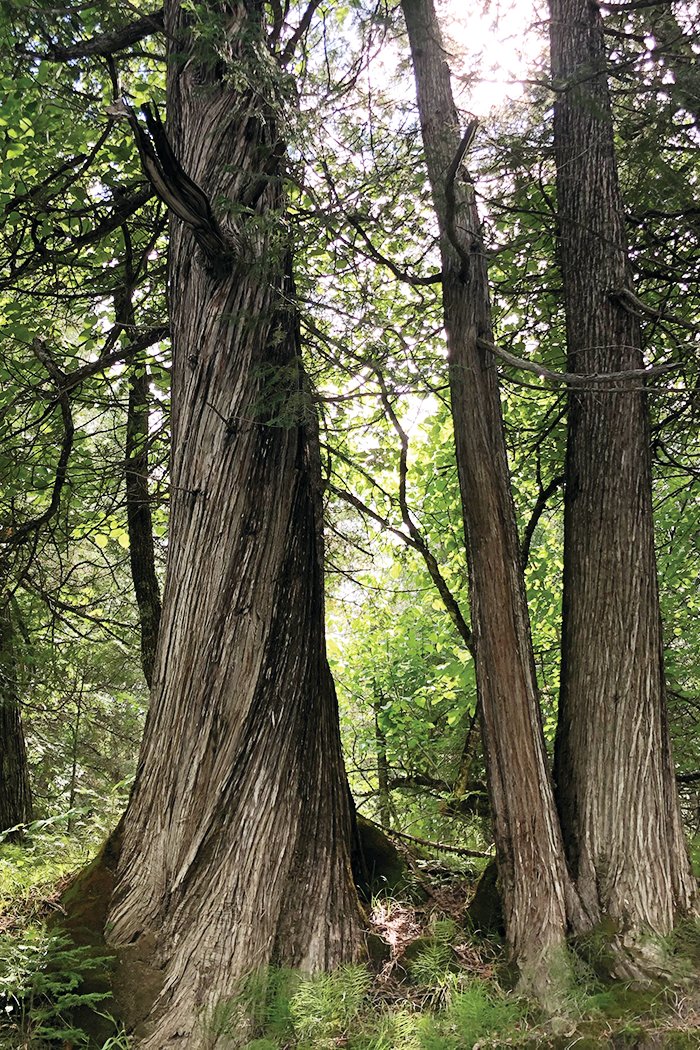 Large white cedar lined the banks in many locations along the river.
M. Helmberger 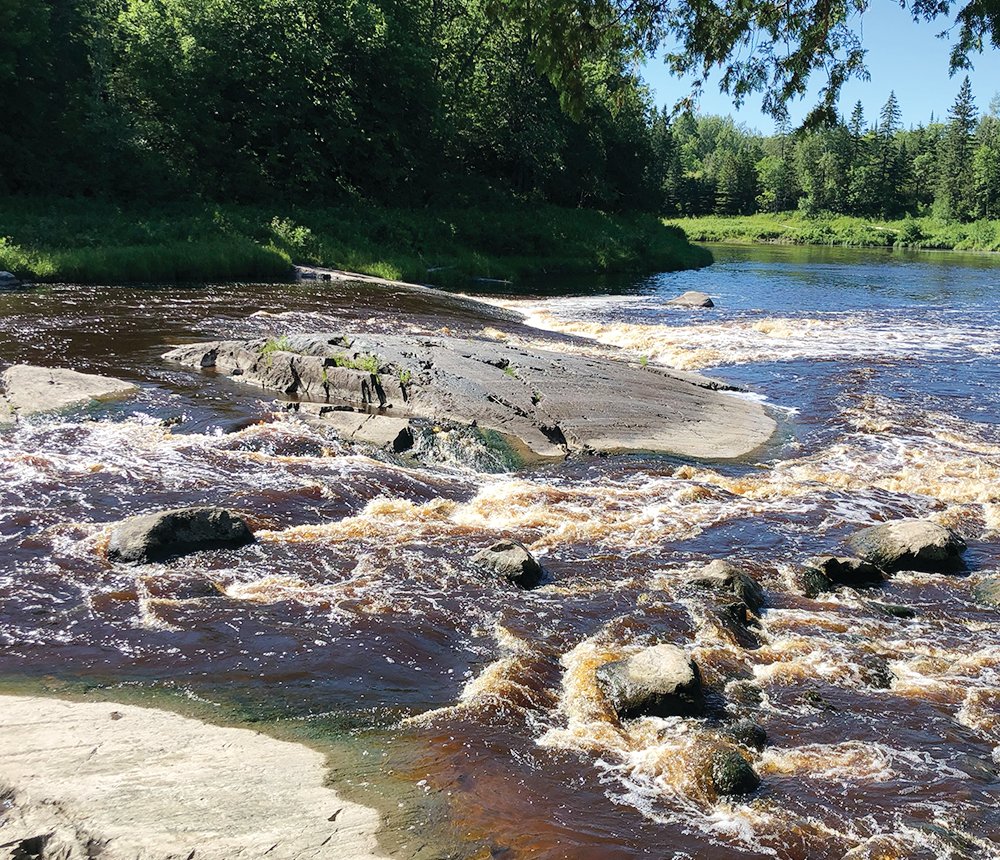 LITTLE FORK RIVER— A 20-mile paddle down this (mostly) lazy river recently was a journey of redemption, of sorts.
It had been at least 15 years since the last time I’d traveled this same stretch of river with a friend and the first attempt had plenty of memorable moments. I thought it was great fun, but my friend was less impressed by the misadventures that came along the way, mostly in those brief moments when the river turned from placid to turbulent.
Shortly after that trip, I purchased a canoe better designed for rapids but, not surprisingly, had never found a partner willing to repeat the trip. Apparently, the word had spread. The lost paddle in the rapids, which left me paddling with a board that we had managed to find downstream. The full immersion at the bottom of the ledge drop at Samuelson Park. We had used a straight-bottomed Wenonah and it submerged like a submarine into the backroller at the base of the drop. Not that a swim felt too bad after 20 miles of paddling!
So, when another friend indicated interest in giving the Little Fork a try, I jumped at the chance before either one of us could change our minds.
It was the first time my no-longer-new canoe had seen rapids and it performed as well as I could have hoped. The rapids were still there, but this time we negotiated them without major incident. We nearly took a bath when the right side of the canoe lodged on a rock in Class II rapids, but we managed to right the ship just before taking on water. We took out at Samuelson Park but not before we made it through the ledge drop with nothing but a few whoops and hollers as we bounced right over the backrollers at the bottom. Few things can make you forget everything and just live in the moment like running a robust rapids, preferably in the right kind of canoe.
Of course, on the Little Fork, those moments of excitement are interspersed with long stretches of mostly languid water, which give you time to consider how the Little Fork serves as a kind of demarcation on the landscape— a divide between a more deciduous forest to the west and the start of the more boreal woods to the north and east. Along our way, we made note of the fact that the western shore of the river was dominated by large deciduous trees. Basswood, black ash, and even some silver maple. We noted that the eastern shore holds considerably more conifers, particularly very tall white spruce that stand far above the rest of the canopy in many places.
On both sides, in places, the silty clay grow giant white cedars— trees that have clearly been growing for centuries. It’s no surprise that the state’s largest white cedar grows in the rich soil of the Little Fork Valley, somewhere on the Nett Lake Reservation. As of 2018, that tree measured 186 inches (or 15.5 feet) in circumference.
These old trees were, no doubt, growing back in 1937, when the last of the old-time loggers conducted Minnesota’s final log drive on the Little Fork. For about a quarter century before that, loggers had used the river to transport millions of cords of pulpwood and as many board feet of sawtimber to mills downstream, scouring the clay banks as they did. Today, it’s believed that the river’s turbid water is due, at least in part, to the damage done by that early industrial era.
More than 80 years later, at the height of summer, the riverbanks show little sign of any damage done. The water near shore was lined with vegetation, like broad-leaved arrowhead, also called duck potato, which was mostly in bloom. Up on the shore, the forest edges were lush and overgrown with blooming hedge bindweed, bur cucumber, Virginia creeper, and other vines.
The verdant banks were a reminder of the richness of this valley, which supported a prosperous agricultural economy for decades until the introduction of industrial agriculture wiped out small-scale farming operations around the world. We did have one unusual reminder that at least a bit of agriculture, and some astonishingly outdated practices, still live on in the valley, however. While crossing under the Range Line Road bridge, we watched as a local “farmer” shoveled a heaping trailer of manure-and-urine-soaked straw right off the bridge into the river. We called up to him, at first to avoid being hit by the debris, then to point out that such disposal was clearly illegal and that it would be far better to compost the material on land where it would actually be useful in improving his soil. He seemed bewildered that anyone would think his actions were unusual and he kept shoveling away as we paddled past the floating remnants of what appeared to be an earlier trailerful of manure-encrusted straw that was still floating on the water. We could hear the loud splashes as forkfuls of the sodden straw hit the water as we rounded a corner and lost sight of the bridge.
As we pulled in after a long day of paddling, I felt a bit of satisfaction, suggesting I had learned from the mistakes of my first attempt to negotiate the river’s rapids. This time, we had the right canoe and, yes, I had remembered to bring a spare paddle. That we never needed it, was just icing on the cake.