EMBARRASS— A Virginia man has been charged with criminal vehicular homicide after killing an Eveleth woman in a collision in Embarrass Township on Aug. 12 while driving with a blood alcohol … 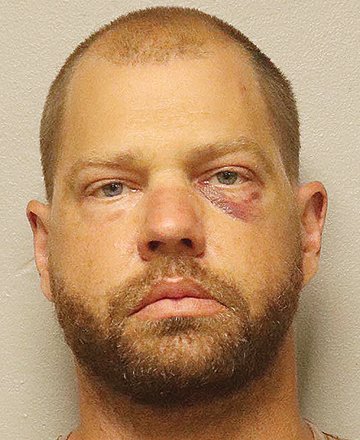 EMBARRASS— A Virginia man has been charged with criminal vehicular homicide after killing an Eveleth woman in a collision in Embarrass Township on Aug. 12 while driving with a blood alcohol content three times the legal limit.
Michael Kenneth Miller, 40, of rural Virginia, was driving a Chevrolet Silverado westbound on Hwy. 21 near Embarrass at about 11:30 p.m. when the truck veered across the center line and collided with an eastbound Ford Fusion just west of the Hwy. 135 intersection. The driver of that car, 39-year-old Joni Dahl of Eveleth, suffered severe head trauma as a result of the crash and died at the scene.
Miller reportedly told investigators that he was on his way home from a bar where he had been drinking “vodka cranberries.” The complaint also noted that Miller had been observed earlier in the day at another bar by an Embarrass Fire Department member.
Miller was observed to have watery eyes, slurred speech, and an odor of alcohol, according to the complaint. A preliminary breath test conducted at the scene determined Miller’s blood-alcohol level to be 0.247, more than three times the legal limit for driving. Results of a blood draw were still pending as of press time.
Miller was booked into St. Louis County Jail on Sunday, after receiving treatment for injuries at a Duluth hospital. Bail was set at $300,000. Criminal vehicular homicide, a felony, carries maximum penalties of ten years imprisonment and a $20,000 fine.