ELY- The Ely Timberwolves stifling zone defense was a puzzle the Bigfork Huskies couldn’t solve on Tuesday, as the Wolves came away with a 56-44 win on their home floor.Senior Joey Bianco had … 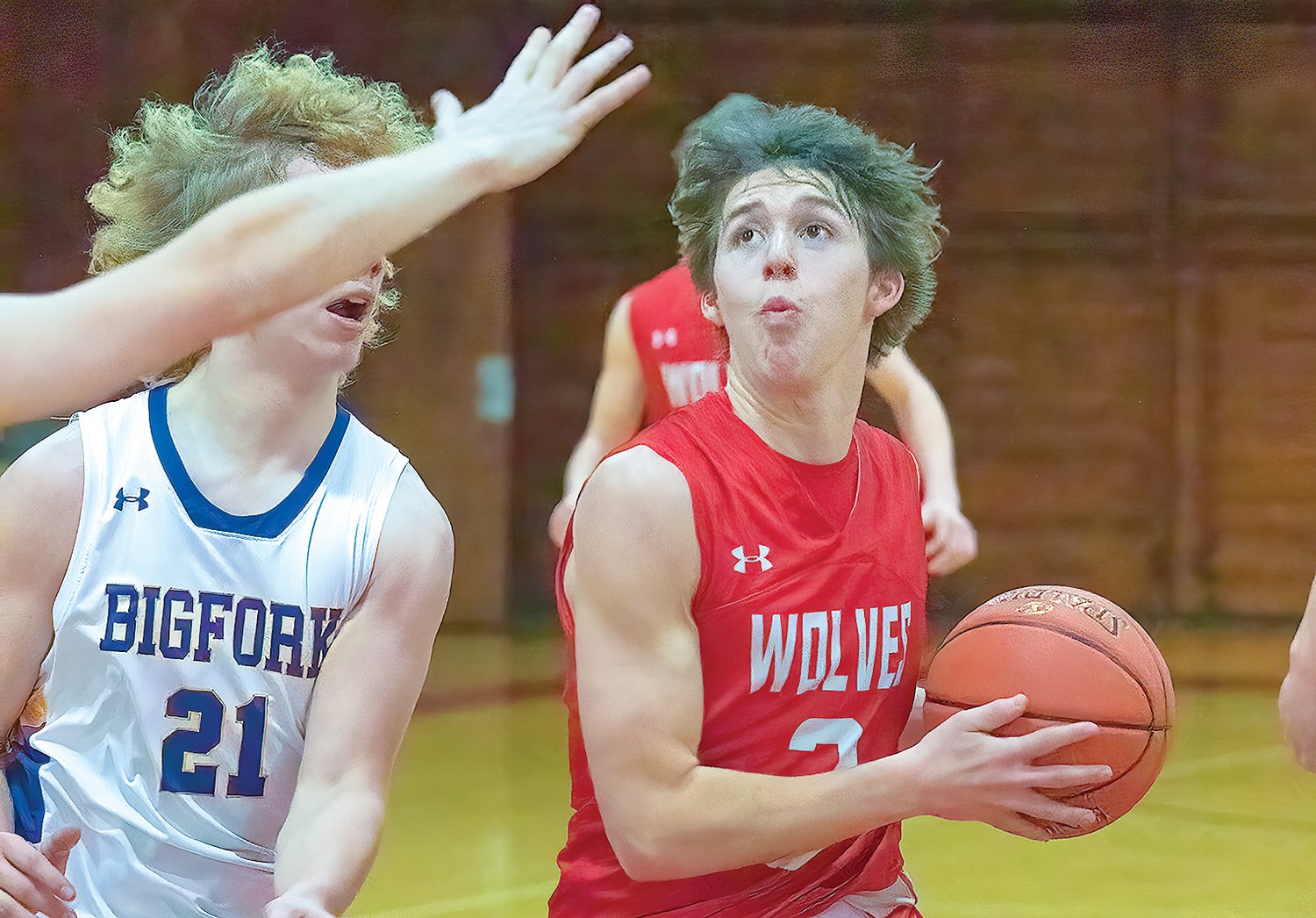 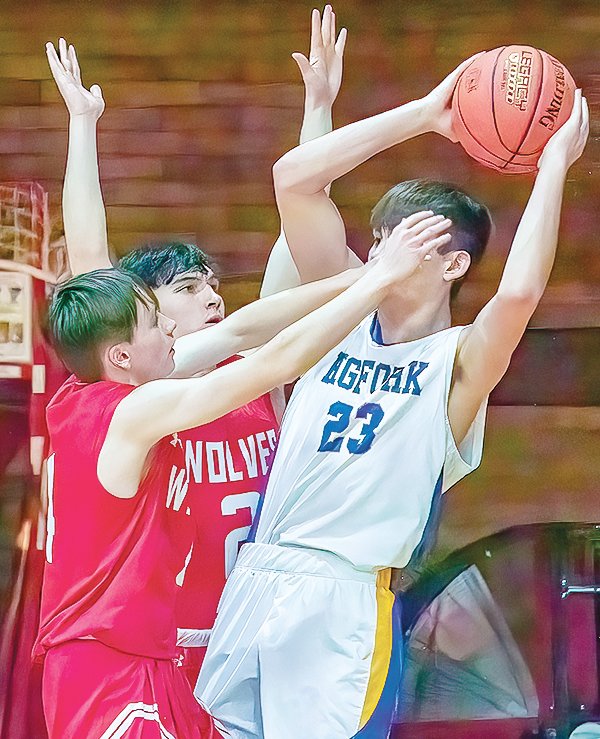 Ely’s Jack Davies and Jake Cochran get in the face of a Bigfork player.
D Colburn
Previous Next
Posted Wednesday, January 18, 2023 6:03 pm

ELY- The Ely Timberwolves stifling zone defense was a puzzle the Bigfork Huskies couldn’t solve on Tuesday, as the Wolves came away with a 56-44 win on their home floor.
Senior Joey Bianco had the hot hand for the Wolves, hitting for a game high 31 points, in a game that was decided in the first half when Ely forged its lead.
The score was knotted at 6-6 when the Wolves made their first push to edge away from the Huskies, a 7-0 run fueled by a pair of Bianco buckets and a trey from freshman Jack Davies.
Bigfork closed to within three at 13-10, and that’s when the defense really stepped up. Over the next eight minutes the Wolves’ zone was nearly impenetrable, shifting quickly to close off passing lanes and harass Huskies shooters while allowing only two Bigfork baskets.
Ely took advantage of the stagnant Huskies offense by going on a 16-4 run, with ten of those points coming from Bianco. Davies and sophomore Caid Chittum knocked down three-balls in the streak to push the Wolves out to a 29-14 lead with 2:50 remaining in the half. Ely cooled off down the stretch and went to the locker room with a 32-20 advantage.
Senior Erron Anderson got the Wolves on the board first in the second half, and a basket by senior Jason Kerntz gave Ely its largest lead of the game at 38-22. The Huskies refused to go away but couldn’t make any headway against Ely’s zone. The lead never fell below double digits as the teams matched each other point for point in the period, with Ely preserving its 12-point halftime edge for the win.
Ely Head Coach Tom McDonald was quick to credit the team’s defensive effort after the game.
“It’s really fun to watch our guys play defense out there because they’re just working so hard and moving all over the place covering people,” he said. “I thought we made things really tough for Bigfork tonight. They hit some shots in the second half, but I thought we really, really clamped down on their shooters in the first half.”
The Huskies keyed on Bianco in the second half, and McDonald was pleased with the way the rest of the team stepped up.
“Joey’s game is to get to the rim, and they were really helping off on him,” McDonald said. “He couldn’t do what he always does, get to the rim, so we needed guys like Jason Kerntz to get to the rim, which he did in that second half. We needed the other guys stepping up to make things happen when things were tough for Joey.”
Davies was the only other Ely player in double figures with 13.
McDonald said his squad looked physically and mentally tired at times, having come off a 90-45 win on Monday against Cook County, and he said he was glad to have a couple of days off before his 11-1 Timberwolves hit the road to take on 8-5 Mt. Iron-Buhl on Friday.