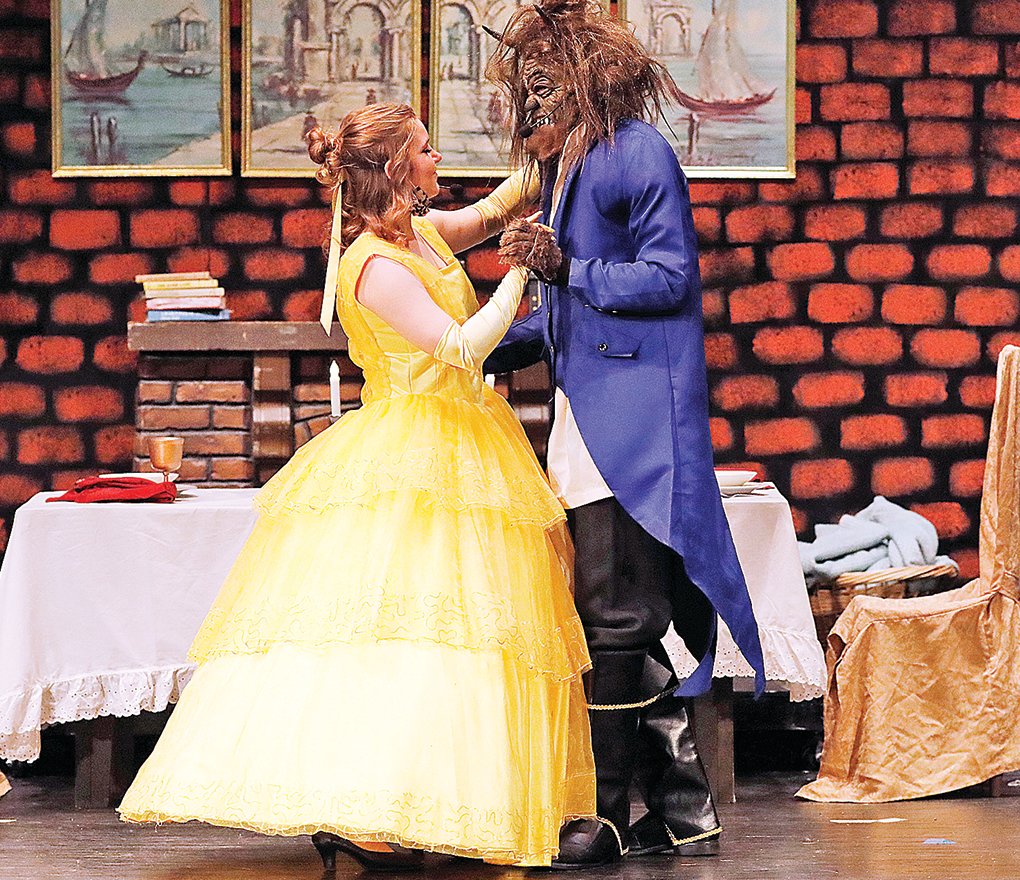 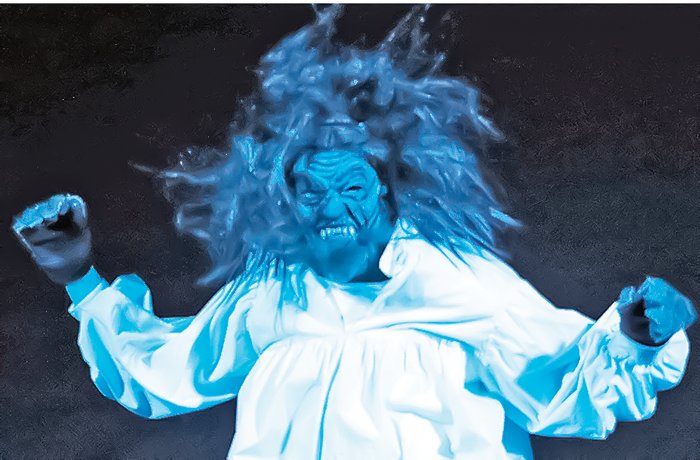 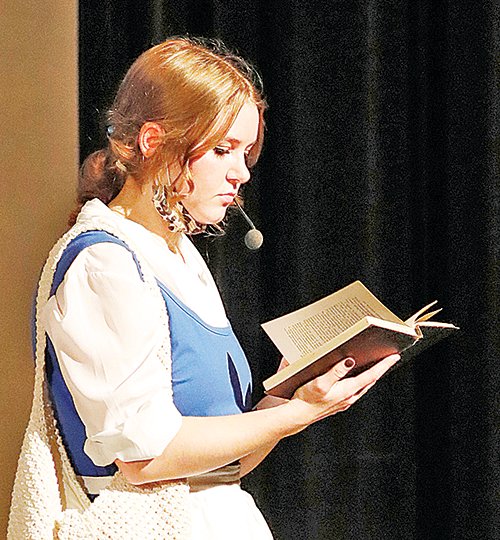 Sidney Marshall, as Belle, reads to the Beast.
K. Vandervort 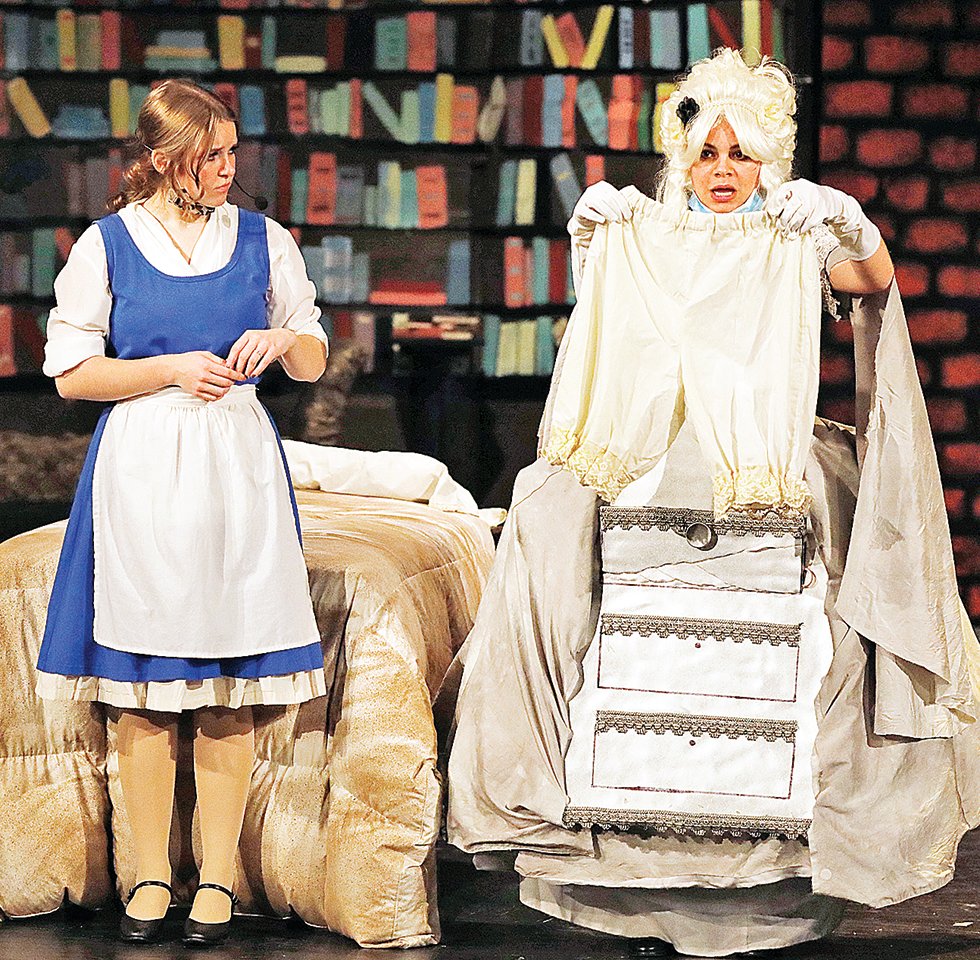 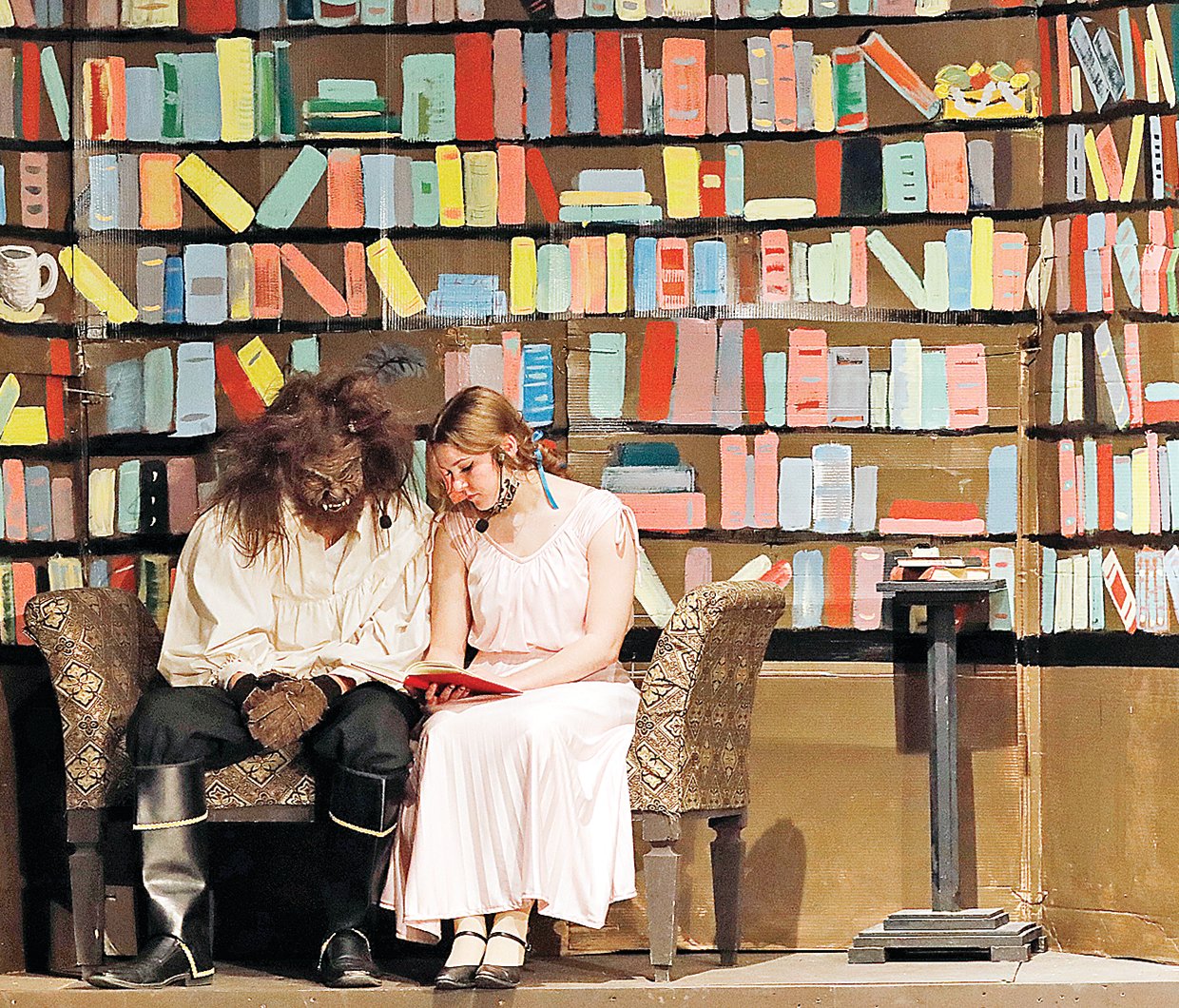 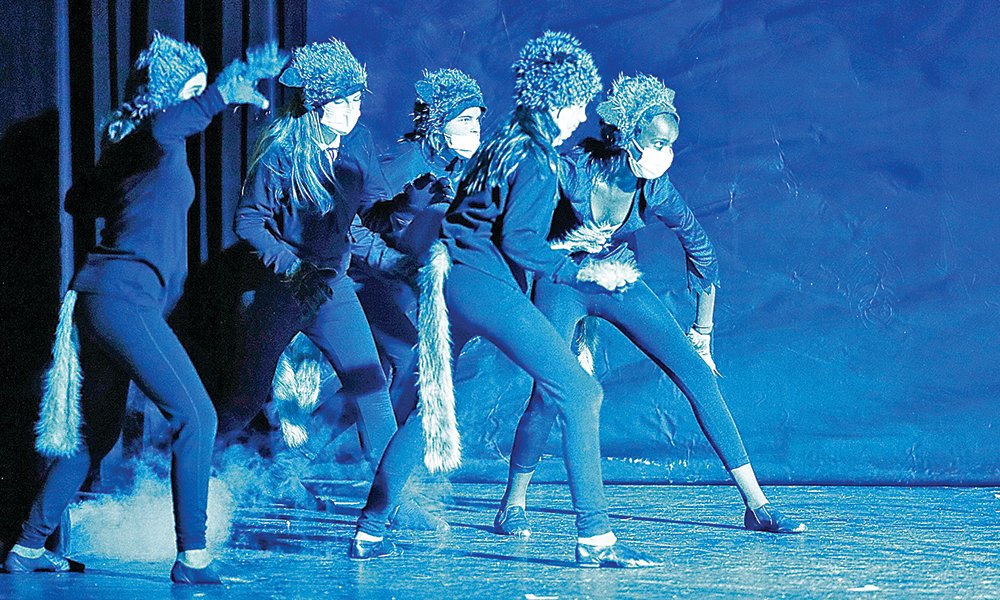 ELY - “Beauty and The Beast” opened to a sold-out audience last Friday night at Vermilion Community College Fine Arts Theatre and played to two more packed houses Saturday and
Sunday. The annual Ely Memorial High School Musical returned after a COVID hiatus.
“‘Beauty and the Beast’ has become a timeless classic for performers and audiences of all ages,” said Musical Director Sarah Mason.
Thirty-plus excited middle and high school students told the story of an arrogant young prince and his castle’s servants after they fall under the spell of an enchantress, who turns him into the hideous Beast until he learns to love and be loved in return.
Belle, the female lead, was played by senior Sidney Marshall. “Her character is a spirited, headstrong village girl who enters the Beast’s castle after he imprisons her father, Maurice, who was played by sophomore Esther Anderson,” Mason said.
Senior Bryce Fairchild, played the part of the Beast, a reclusive soul who finds himself with the help of Belle.
The story’s antagonist, Gaston, was played by senior Jon Hakala.
“Gaston is a vain hunter who vies for Belle’s hand in marriage and is determined not to let anyone else win her heart,” she said. “He was assisted by his sidekick, LeFou, played by sophomore Gavin Marshall, who was hilarious in the role.”
Gabe Mann brightened things up in the role of Lumiere, the candelabra. Feather duster Babette, was played with a not-so-subtle French vibe by Gracie Pointer. Cogsworth the clock was kept time by Matt Janeksela. Mrs. Potts, the teapot was Juliet Stouffer, and her son, Chip, was Mattie Lindsay.
The production was filled with laugh-out-loud comedic moments. The cast of “silly girls,” Natalie Johnson, Bria Marshall, and Alison Poppler, and “village girls,” Sydney Cooley-Cramer, Tracy Thibodeaux and Sophia Wells, played their parts perfectly. The “bloomers” scene was especially laughable.
Other cast members included Chambriel Ridings, Reba Kissell, Ellie Marshall, Chloy Ridings, Zach Robbins, Peyton Erzar-Tyndall, Tyler Mattila, Morgan McClelland, Jordan Borchert, Selam Houle, Olin Weise, and Maggie Dammann.
Mason was assisted by Molly Olson as choreographer, and Kristi Marshall as costumer. Madeline and Justin Olson ran the sound and lights. Stage hands Willow Ohlhauser, Abby Johnson, Aragon Chase and Ambrose Richter, made the scene changes with ease.
“This show was entertaining for all ages. After years away from the stage, these kids were thrilled to be back performing for their community,” Mason added.
The VCC theater, much smaller than the Washington Auditorium, was used this year because of the continuing facility renovation project on the school campus.