GREENWOOD—The life of a government whistleblower is often frustrating and lonely. That’s according to Jane Turner, a former FBI agent who endured the wrath of the agency she loved when she … 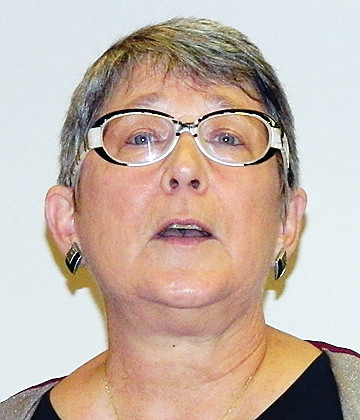 GREENWOOD—The life of a government whistleblower is often frustrating and lonely. That’s according to Jane Turner, a former FBI agent who endured the wrath of the agency she loved when she exposed wrongdoing on the inside.

Turner, who now lives in the Twin Cities area, spoke to nearly fifty local residents last week as part of a regular meeting of the Greenwood Seniors group, at Greenwood Town Hall.

For Turner, becoming an FBI agent had been a dream since she was a girl growing up in Rapid City. At the time, the FBI didn’t allow female agents, but after the death of J. Edgar Hoover in 1972, the bureau opened up opportunities for women, and Turner, now 64, was eager to sign up. After completing her training at Quantico, she took the oath in 1978, and was one of only about 100 women in the bureau at the time.

Her career took off soon after her first postings in Seattle and New York City. She became a profiler and eventually an advanced police instructor in addition to her regular investigatory beat.

Over the years, she worked on a number of famous cases, and was present at the arrest of Christopher Boyce (Flight of the Falcon), and was involved in investigations that captured the Green River killer, the Central Park Preppie Murderer and abortion clinic bombers.

She voluntarily took an assignment in Minot in 1988, where she became the first female senior resident agent. In North Dakota, she worked primarily on Fort Berthold and Turtle Mountain Indian Reservations, and worked cooperatively with 14 county sheriffs in the northwestern part of the state.

Turner ran into friction from her Minneapolis-based supervisor when she sought to reopen serious sexual abuse cases, some involving deaths of young children, that other agents had closed as accidental deaths. She said she was told the FBI doesn’t reopen cases because it would be an acknowledgement of error, something the agency is loath to do. But Turner refused to back down, and got the local U.S. attorney to prosecute one of the cases, involving the violent anal rape of a young Indian boy, resulting in the conviction of the boy’s father. The original agent in charge had written up the boy’s serious internal injuries as resulting from a car accident.

Later, Turner found that male agents were being paid more than females, even when their case statistics demonstrated female agents were completing more investigations. When she filed a complaint with the Equal Employment and Opportunity Commission, her supervisor told her to come to Minneapolis, where she was told she would be put in charge of the child protection unit. Instead, when she arrived, she found she had no desk and was ordered to report to an FBI psychologist, who diagnosed her with a “personality disorder in remission.”

That diagnosis, which Turner said was contrary to her previous psychological evaluations by the agency, left her designated unfit for duty. She was eventually restored to duty just shy of a year later, but work at the FBI was difficult after that. “I had no desk, no cases, and people wouldn’t talk to me,” she said. “It was very, very tough,” she said.

It’s a dynamic that isn’t unusual in large, closed institutions that rely on a reputation for infallibility to maintain legitimacy in the eyes of the public. “The FBI has a culture that says they are perfect and you don’t embarrass the bureau. It has the same underpinnings and culture as the Catholic Church, that led to the child sexual abuses there,” she said.

She said her supervisor did give her occasional cases, usually unsubstantiated junk cases that led nowhere. But one such case, which her supervisor had told her to close, did yield a major crime when she discovered that a northern Minnesota contractor had removed a fire door from the World Trade Center recovery site, which was worth a considerable amount of money. But as she was preparing that case for prosecution of the contractor, she learned some FBI agents had removed items from the site as well, a revelation that effectively scuttled any prosecution of the contractor. When she reported the infraction to a federal inspector general in 2003, she was dismissed as an agent, after 25 years. “I was placed in a situation where I had to choose between the bureau and the truth,” she said.

Turner has waged an ongoing legal battle against the agency ever since.

But her whistleblower case against the FBI continues to this day and Turner said the whole situation has taken a tremendous emotional and physical toll on her life, her health, and that of her daughter Victoria. Turner said she now suffers from Post Traumatic Stress Disorder and fibromyalgia and has battled depression for years. “About 15 percent of whistleblowers end up taking their own lives,” she said, acknowledging that her daughter was the only thing that “kept me from eating my own gun at times. If you don’t walk in the shoes of whistleblowers, you’ll never know what they go through.”

While she’s often asked whether it’s been worth it, she said her perspective has changed over time. “I used to say yes, but now, the toll is just so hard…”