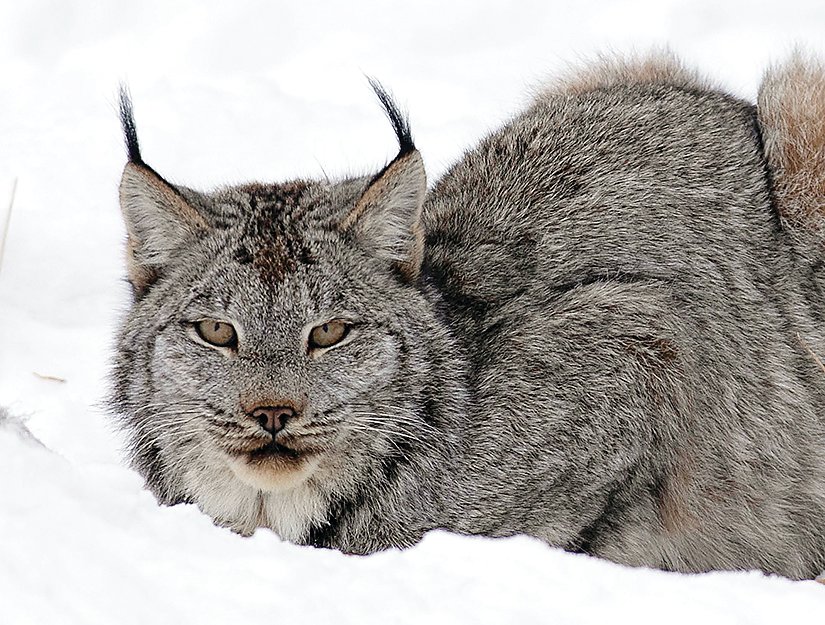 REGIONAL— The USDA’s Animal Services division killed just over 1.5 million wild creatures last year, which ranged from 8,524 common ravens to 626 great blue herons, to 13 northern cardinals, to 707 river otters.
Most of the killings were intentional, undertaken by federal trappers, although thousands of birds and mammals are unintentionally killed by the service each year as well. That has included threatened and endangered species, like the Canada lynx, and it’s those deaths that appear likely to land the federal agency in court.
The Center for Biological Diversity has filed a notice of intent to sue the agency over the deaths of several lynx in Minnesota over the past several years. In a press statement, the CBD says it plans to sue over Animal Services’ inadequate analysis of the risks to lynx as a result of the agency’s wolf-trapping program in the state. That program killed 203 wolves, 167 coyotes, and 30 foxes last year.
“Wildlife Services’ cruel killing of wolves and other wildlife is harmful and totally out of touch with science,” said Collette Adkins, carnivore conservation program director at the CBD. “The science shows that nonlethal methods of addressing conflicts with wolves work. We’re hoping to force federal officials to consider alternatives to all this needless killing.”
The CBD is asking Animal Services to work with the U.S. Fish and Wildlife Service to analyze and mitigate the adverse effects of the federal program on the lynx.
The CBD has an ongoing lawsuit against the Minnesota Department of Natural Resources for state-permitted fur-trapping, which is also causing injury and death to lynx.
“Year after year we see sickening reports of lynx getting caught and even killed by traps set for wolves and other animals,” said Adkins. “Instead of relying on barbaric and indiscriminate traps to kill predators, governmental agencies should work with livestock operators to implement modern measures to prevent conflicts with wildlife.”
The notice of intent to sue starts a 60-day clock, after which the CBD can file its lawsuit.