FIELD TWP- The bigger they are, the harder they fall.Never was that saying more true than last Friday in the North Woods boys’ home hoops opener, when the undersized Grizzlies put an oversized … 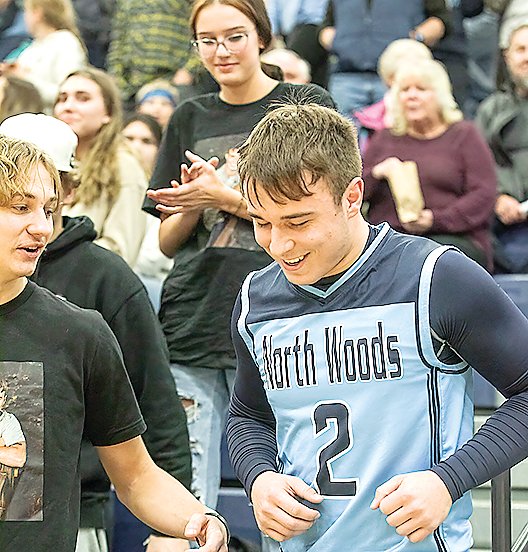 Jared Chiabotti smiles as he returns from the stands after collecting hugs from family and friends after scoring his 1,000th point early in Tuesday’s contest with Bigfork.
D. Colburn 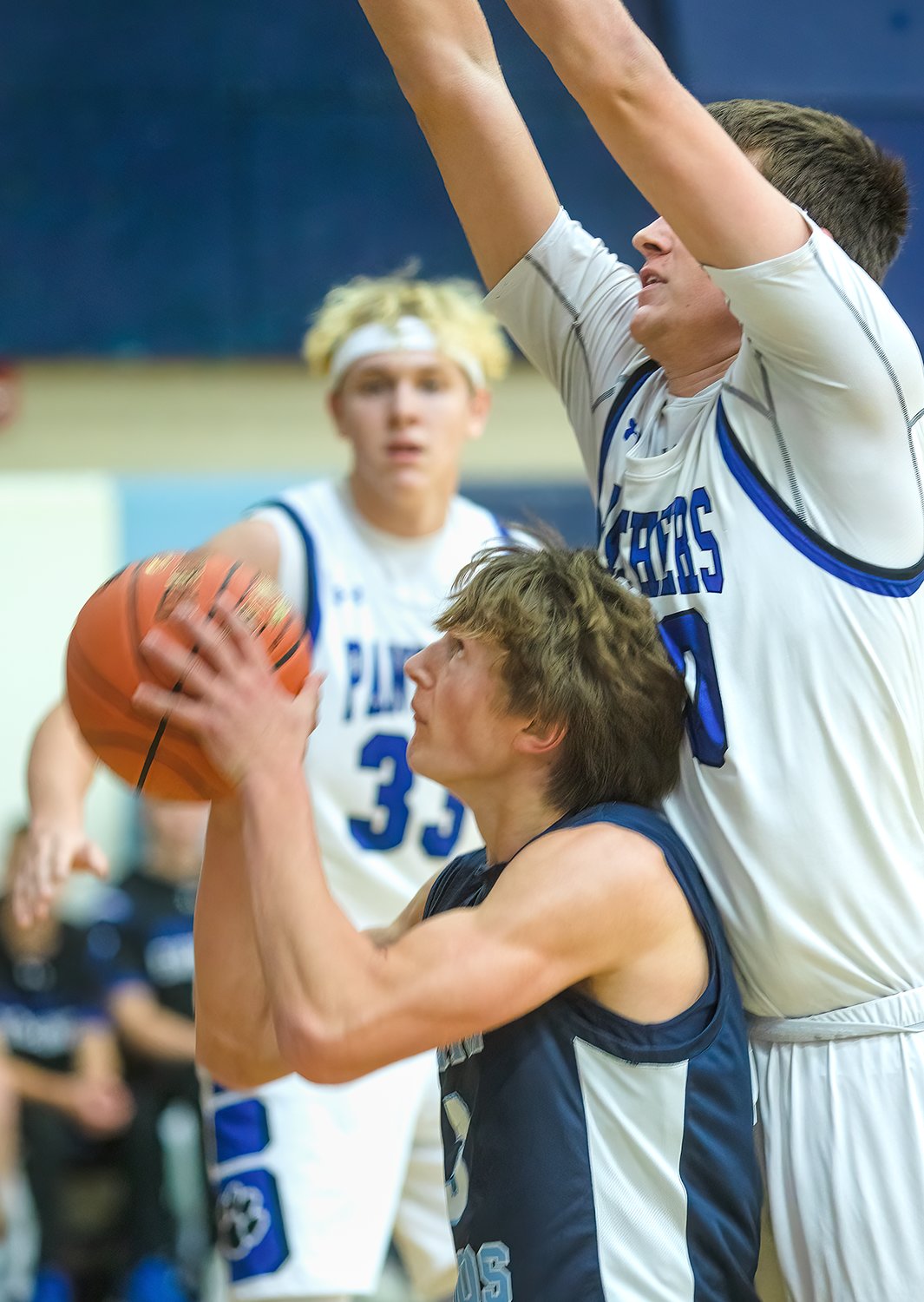 The Grizzlies' Jonah Burnett ball fakes before going up for a shot against 6'10" Austin Josephson of South Ridge. Burnett has been on a scoring tear the first two games of the season, nailing 22 points against the Panthers and 37 against Bigfork.
D. Colburn
Previous Next
Posted Wednesday, December 7, 2022 7:30 pm