Deer registrations in area off 30 percent from last year

REGIONAL— Wildlife managers with the Department of Natural Resources had predicted a tough opener for deer hunters here in the North Country this past weekend. It was all that and then some as …

Deer registrations in area off 30 percent from last year 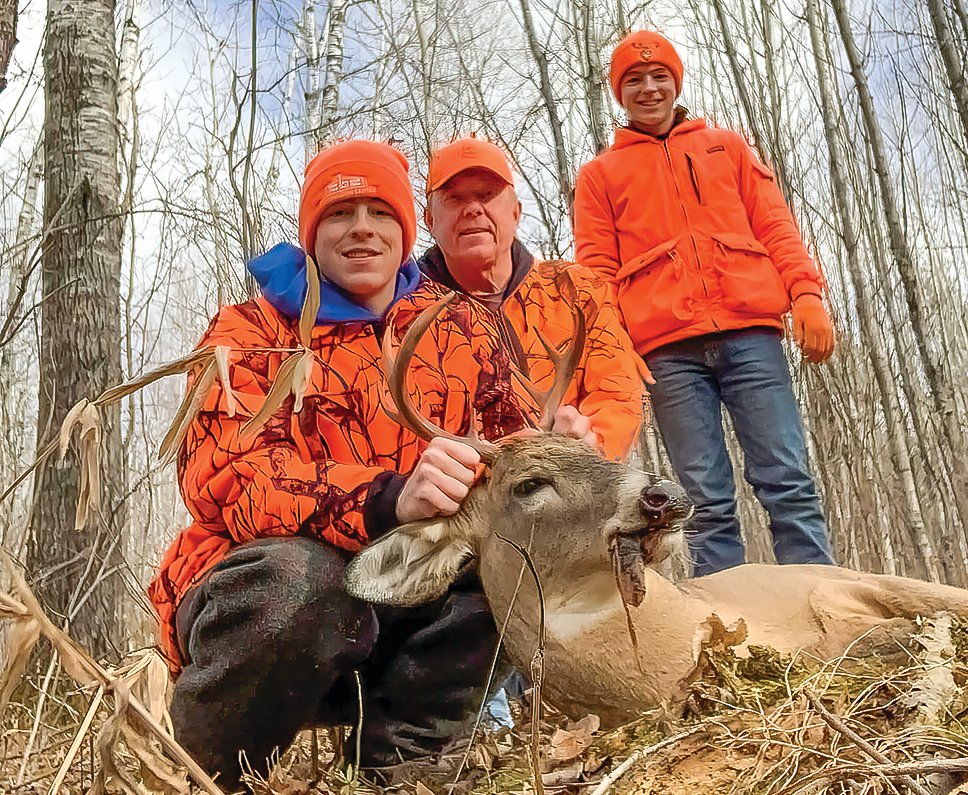 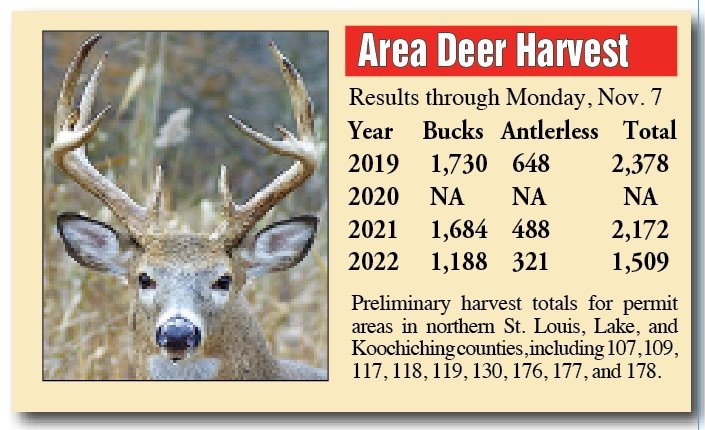 REGIONAL— Wildlife managers with the Department of Natural Resources had predicted a tough opener for deer hunters here in the North Country this past weekend. It was all that and then some as the opening weekend registrations made clear.
Across the nine deer permit areas monitored by the Timberjay, registrations were down 30 percent over last year and were down fully 50 percent from the opening weekend harvest back in 2018.
“That’s what we anticipated,” said Jessica Holmes, who noted that the deer population has struggled to recover from a couple moderate-to-severe winters over the past three years. She said winter severity is the primary driver of deer survival in the region.
“This is a pure indicator of our lack of snow shelter,” said Holmes. “Snow shelter” is a relatively new term being used by biologists, replacing the old terminology of “thermal cover.” It refers primarily to older conifer cover, like balsam fir, pine, and cedar, which helps protect deer from wind and under which snow accumulation is typically less.
“We’re experiencing intensive harvest across the board on state and county lands right now,” said Holmes, and she said that has eliminated a lot of snow shelter on most public lands in the area.
While timber harvests can provide deer with plentiful browse for the first year or two after cutting, wildlife managers note that the value of such sites for most wildlife rapidly diminishes as the young aspen and other browse quickly gets out of reach of deer. Such open sites provide deer little or no protection from cold or wind.
The registration numbers seemed to bear that out. Permit area 119, where some of the most intensive timber harvest has taken place, saw hunters register just 68 deer through the opening weekend. That’s opposed to 205 deer at the same point last year.
Rob Bryers, who hunts in 119 north of Lake Vermilion, said he’s yet to see a deer through the first three days of the season and reported “very little sign.”
Next door in permit area 109, another intensively harvested area located on the west side of Hwy. 53, hunters registered just 89 deer. In permit area 118, which encompasses much of the Echo Trail, registrations were down by nearly half— with 111 compared to 215 at the same point last season.
“Everyone is just disgusted,” said a Tower store owner, who asked not to be identified by name. She said the lack of deer has been a hot topic with the folks who came into her store in the wake of opening weekend. She said there were plenty of reports of wolves and also quite a few moose sightings, suggesting that at least the moose population could be benefitting from the diminished deer herd. High deer numbers are potentially fatal to moose, since whitetails carry liver flukes and parasitic brain worms that can sicken or kill moose.
The peak of the rut was expected to come just ahead of the second weekend of the season, but that is now expected to coincide with the arrival of the first major winter storm of the season in the North Country, which could bring in excess of six inches of snow, high winds, and significantly colder temperatures, beginning Thursday into Saturday morning. Highs are expected to be in the mid-20s over the weekend, with lows in the low teens, so conditions will be considerably harsher for hunters than they experienced for opener.
The white stuff could be an aid or a hindrance to hunters depending on how it falls. Sticky snow that clings to trees and brush can greatly diminish visibility in the woods. By contrast, a drier snow that doesn’t cling to vegetation can provide an excellent backdrop for hunters that greatly improves their ability to spot deer— assuming there are deer to spot.
Holmes isn’t making any predictions. “It’s hard to know how a storm will affect the harvest,” she said. That’s because hunter success is often related to the amount of time hunters spend on the stand. If harsh weather means hunters spend more time in camp than out in the woods, success could well diminish even if the conditions prompt more deer movement.