Is a state ban the only way to get the lead out?

When we think about the changes we can make to lessen our impact on the environment, tossing our lead-based fishing tackle and making the switch to non-lead alternatives would seem to be well up on …

Is a state ban the only way to get the lead out? 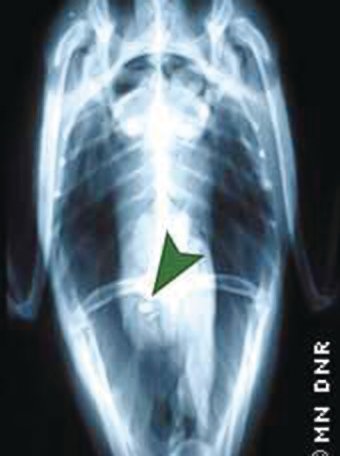 When we think about the changes we can make to lessen our impact on the environment, tossing our lead-based fishing tackle and making the switch to non-lead alternatives would seem to be well up on the list of the easy things to do.
And it just got even easier thanks to a new program by the Minnesota Pollution Control Agency, which is offering rebates of 35 percent to retail tackle shops in order to encourage them to stock and promote the sale of lead-free tackle alternatives.
The alternatives have long existed, but they’ve been slow to catch on. They tend to be somewhat more expensive and, let’s face it, most of us resist any kind of change, even simple changes that can make a difference. The MPCA’s grant program could help encourage anglers to give the lead-free options a try. If retailers can save money on the purchase of alternatives, they can offer them at a lower price, and that could make the difference with some anglers. As more anglers turn to safe alternatives to lead, the cost of those products will naturally decline as manufacturers can ramp up production.
To date, despite a number of statewide promotional efforts, tackle shops in our area have mostly continued to stock lead sinkers because the public simply has been reluctant to make the switch.
That’s a shame, because we know that most anglers want to protect the resources they’re out to enjoy. We know that lead is deadly and the more of it we put out into the environment, the bigger the risk it poses to wildlife. According to the Minnesota Chapter of the American Fisheries Society, an organization of professional fisheries managers, nearly 15 percent of loons in Minnesota suffer from various levels of lead poisoning and between 100 and 200 individual loons die in the state each year from ingesting lead tackle, mostly small sinkers.
Most birds need grit to digest their food, and aquatic birds, like loons, obtain their grit by picking small pebbles up off lake bottoms. If a loon ingests just a single sinker, it can release enough lead into its system to kill it. Every year, anglers lose literally tons of lead sinkers and some of those end up killing loons.
Ultimately, if Minnesota truly wants to address the issue, it will probably take a ban on lead tackle, as has been proposed for the past several years in St. Paul. State agencies, like the MPCA, have been trying to use educational methods to encourage the use of non-lead tackle alternatives for years, without any detectable success. Most New England states, including Maine, have already enacted lead bans to protect loons there. Given the amount of tackle made and sold in Minnesota, action here would likely be enough to get much of the industry to make the switch. One thing we know for sure— once a switch is made, it will have no impact on our ability to go fishing. We’ll simply be reducing the threat to loons and other diving birds.
It’s like back in the day with leaded gasoline. If it had been up to drivers at the time, unleaded would have never caught on. The knowledge that the lead in gasoline was causing health problems, particularly in kids, clearly wasn’t enough to convince most drivers to switch to lead-free options. In fact, it wasn’t enough for the federal government to act on the issue, either. It was only the introduction of catalytic converters, which were mandated to reduce a highly visible form of pollution—smog— that prompted the phaseout of lead. It turns out that the lead quickly clogged the converters, rendering them useless. Otherwise, who knows, most drivers today would probably still be happily pumping lead into the air as they sit stuck in traffic. As it was, many Americans were upset when lead was finally banned from most of the gasoline sold for cars and trucks. Some drivers actually added lead back to their gasoline for years because, well…just because.
In the end, of course, the lead-ban resulted in far less lead in the environment, which was a huge benefit for the nation’s young people. A recent peer-reviewed study published in the Proceedings of the National Academy of Sciences, concluded that Americans born in the 1960s and 70s lost an average of six to seven IQ points as a result of inhaling lead from gasoline. With the benefit of hindsight, it now seems positively insane that we used to allow lead in gasoline.
Hopefully, eventually, we’ll come to see the use of lead tackle in the same light.