Life at the beaver pond

Far from the distractions of human society, there’s a whole other world waiting to be experienced

The sharp slap of a beaver tail against the water told me that my clamber through a tangle of recently-felled aspen had not gone undetected. I was making my way to one of my favorite spots, a rock …

Life at the beaver pond

Far from the distractions of human society, there’s a whole other world waiting to be experienced 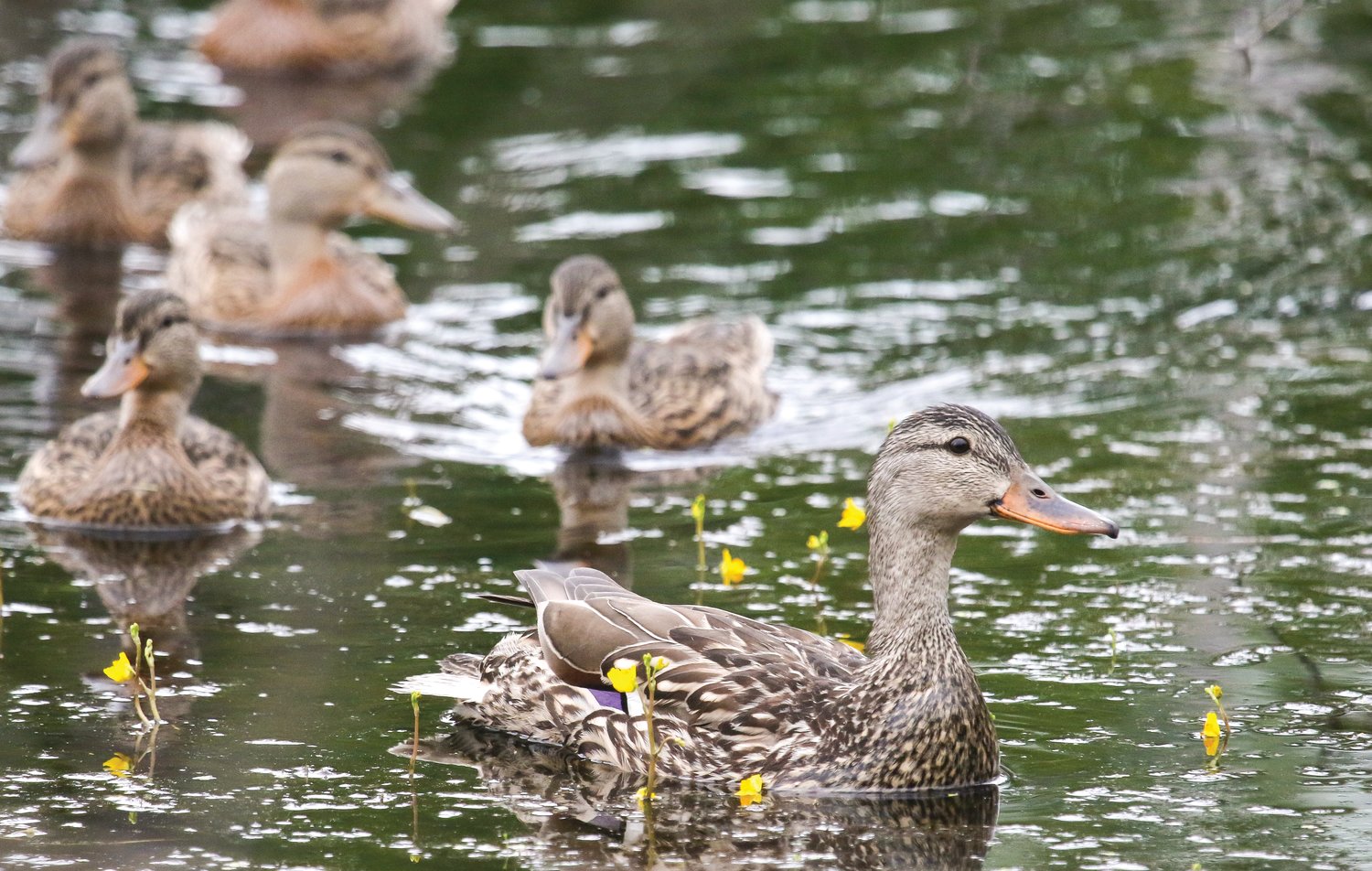 A mother mallard leads her large brood through yellow blossoms of bladderwort, a carnivorous plant that is common in northern Minnesota bog edges.
M. Helmberger 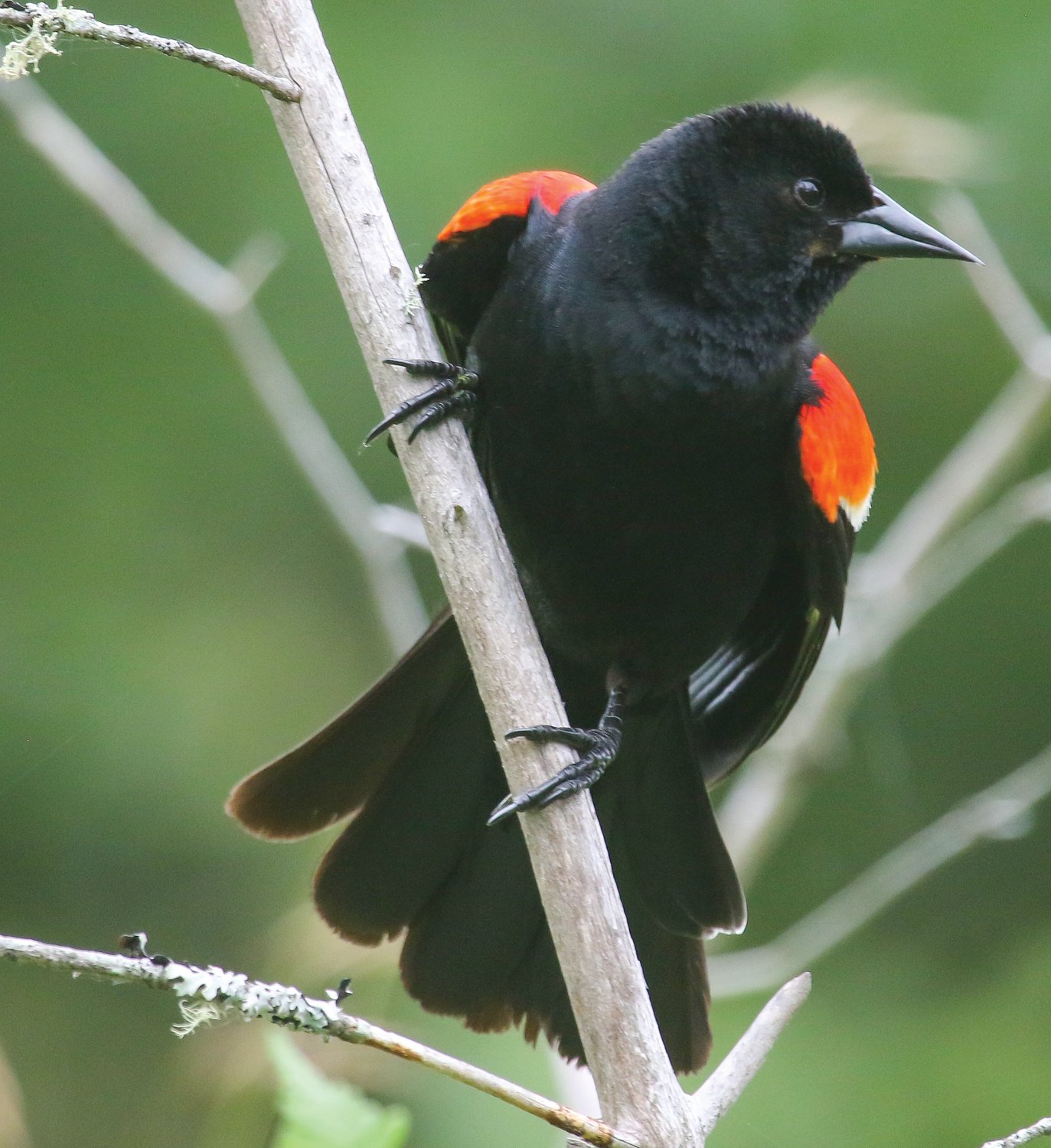 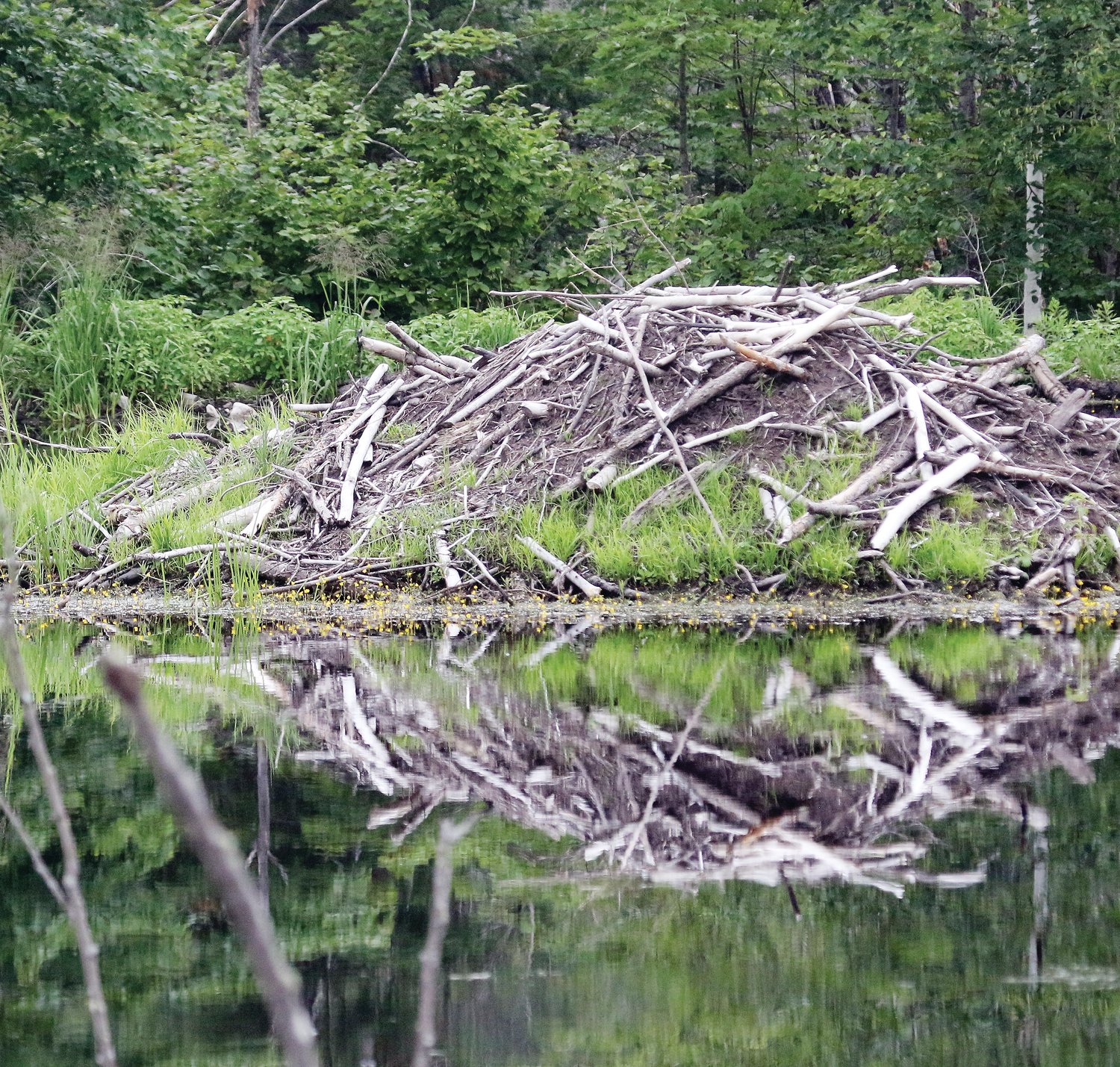 One of three large beaver lodges in the pond reflects in still water.
M. Helmberger 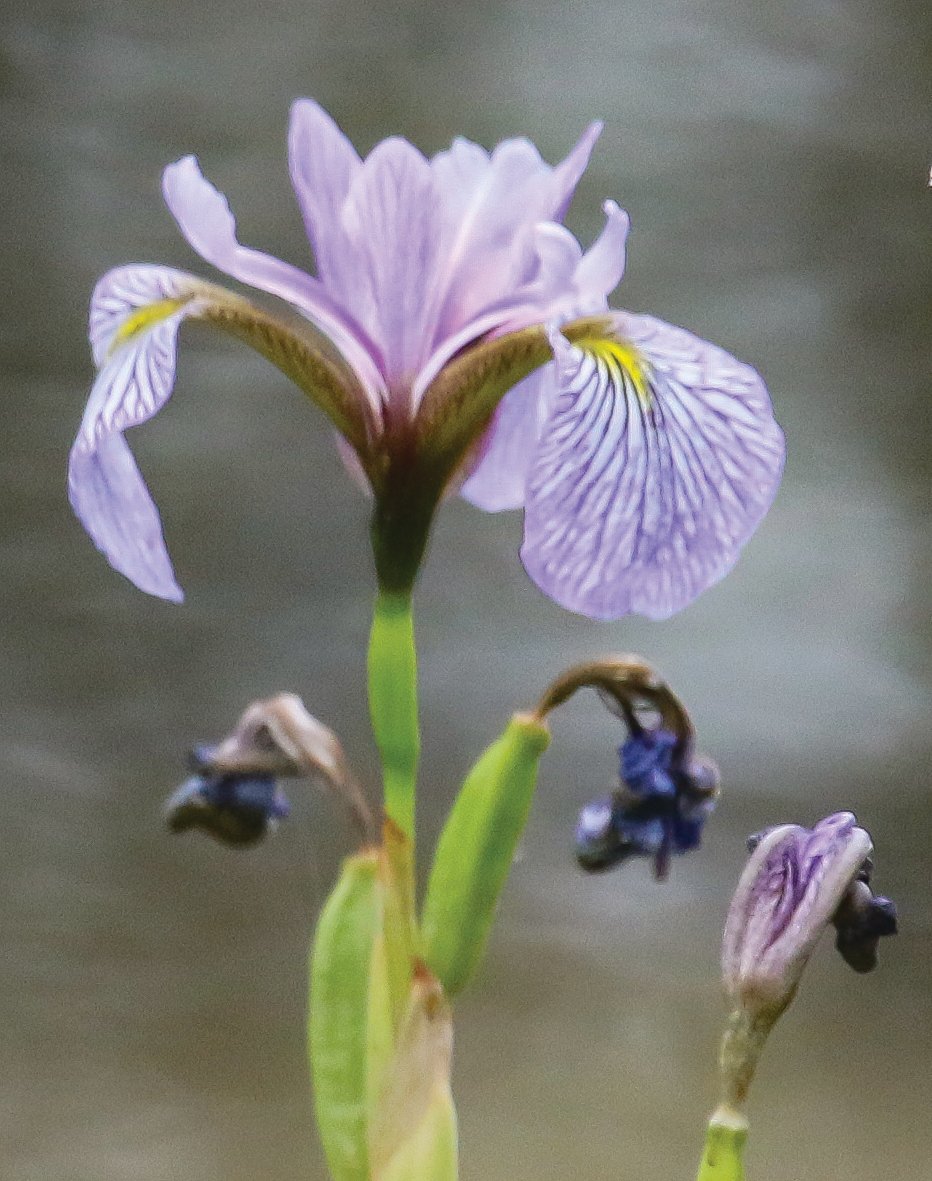 A blue flag iris in bloom at the beaver pond.
M. Helmberger 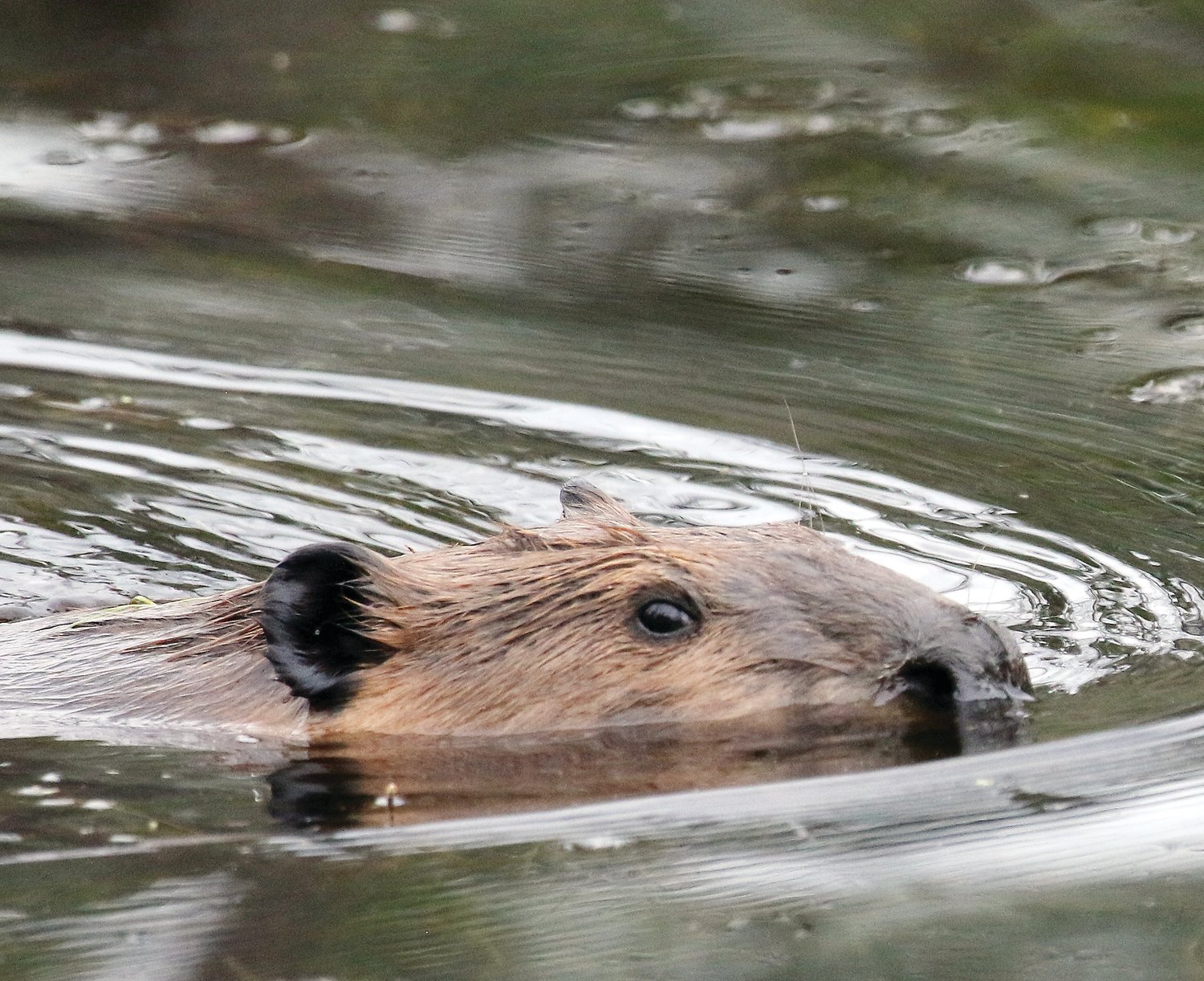 A beaver makes a drive-by, eyeing an unwelcome visitor to the pond.
M. Helmberger
Previous Next
Posted Wednesday, July 14, 2021 9:32 pm

The sharp slap of a beaver tail against the water told me that my clamber through a tangle of recently-felled aspen had not gone undetected. I was making my way to one of my favorite spots, a rock knob that juts into our neighborhood beaver pond.
It’s a place I like to go every-once-in-a-while just to sit and observe all the life that seems to gather there. Beavers created this roughly ten-acre pond nearly a decade ago, by damming a surprisingly minimal trickle of water that emanated from a small boggy area just to the south. The half-mile-long stream used to ooze its way through a rocky gulley on its way to the Lost Lake Swamp, until the beavers moved in and converted it all to a haven for beavers, frogs, ducks, and any number of other creatures.
It’s in the backwoods, nearly a half-mile back off our gravel road so I never have to worry about other human company. On a recent mild Saturday afternoon, I sat there for over two hours in my camo gear, watching and listening and, surprisingly, being left alone by the mosquitoes and deer flies.
After sitting still for a time, the initial hubbub around my arrival seemed to settle down. The beavers, at least three of them, got back to business, swimming back and forth on various missions. The idiom “busy as a beaver” is certainly appropriate.
Not long after I arrived, I noticed a large group of ducks coming my way. It was a mother mallard and least nine young ones, all of which were mostly grown. The momma must have caught one of my fidgets because she zeroed in on my location and wouldn’t look away. As with most ducks, however, spotting me in camo seemed to create more curiosity than fear. Once she had spotted my movement, she made a beeline right for me, all nine of her charges in tow. Having seen so many other ducks struggle in the past to raise even a couple ducklings to maturity on the pond, I couldn’t help but admire this remarkably successful momma.
Meanwhile, other denizens of the pond were coming and going. The resident eastern kingbird was busy making his noisy rounds and grew especially animated when I played a kingbird recording from my birding app. These are members of the tyrant flycatcher family and it’s a reputation that’s well deserved.
But his reaction paled in comparison to the red-winged blackbird. I played the red-wing’s konk-a-reeee! call and this male just went wild, circling around me, shoulder epaulettes fluttering madly. Of birds in our region, they are among the most territorial, so the apparent appearance of an interloper in his well-established backyard, wasn’t going to be tolerated. I shut the recording off quickly, so he didn’t give himself a heart attack.
While such moments of excitement provided highlights, it was the silence that was, for me, the most satisfying. It was a calm, mostly overcast afternoon and other than the occasional sounds of beavers, a handful of ducks buzzing past, or the banjo-like “boing” of the green frogs, it was remarkably quiet.
I like to experience these little slices of the natural world that we humans rarely encounter. We have our own manufactured worlds, which involve jobs, the news, politics, the internet, or the myriad of other diversions that we humans use, intentionally or not, to separate ourselves from nature. It’s good to remember, that when you leave all that behind, there’s a whole other world out there, just waiting to be experienced.