Abundant year classes fuel big numbers, but bigger ones were tough to find

LAKE VERMILION- To keep or not to keep? That was the question for many anglers, who were out in force here during last Saturday’s fishing opener. The Department of Natural Resources’ …

Abundant year classes fuel big numbers, but bigger ones were tough to find 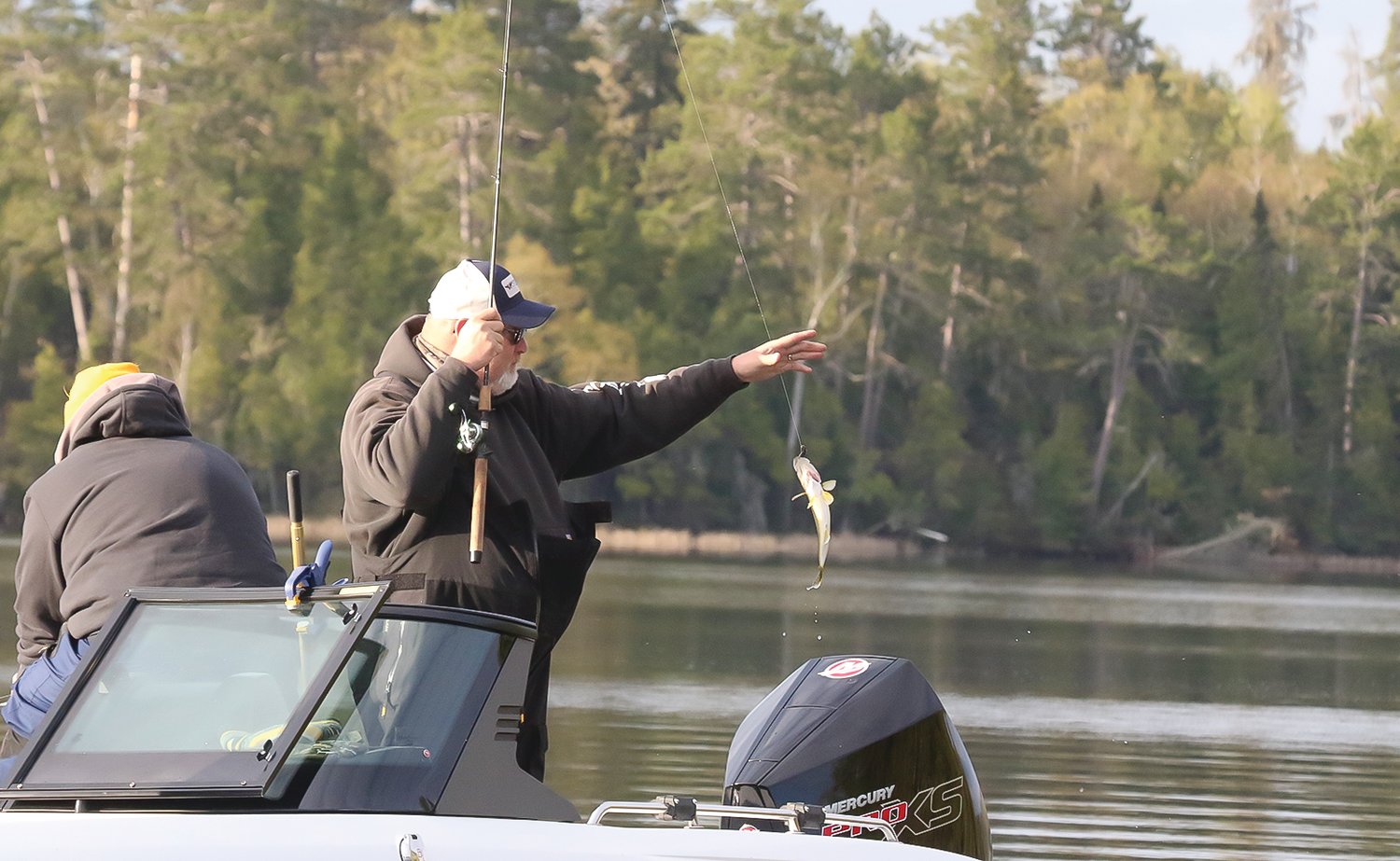 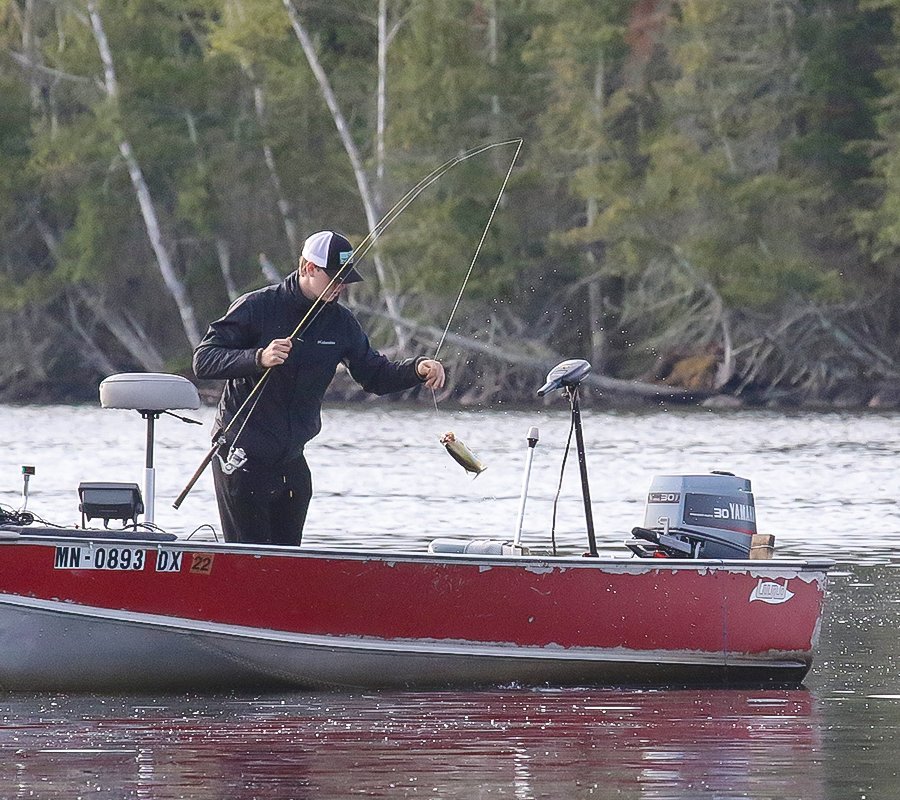 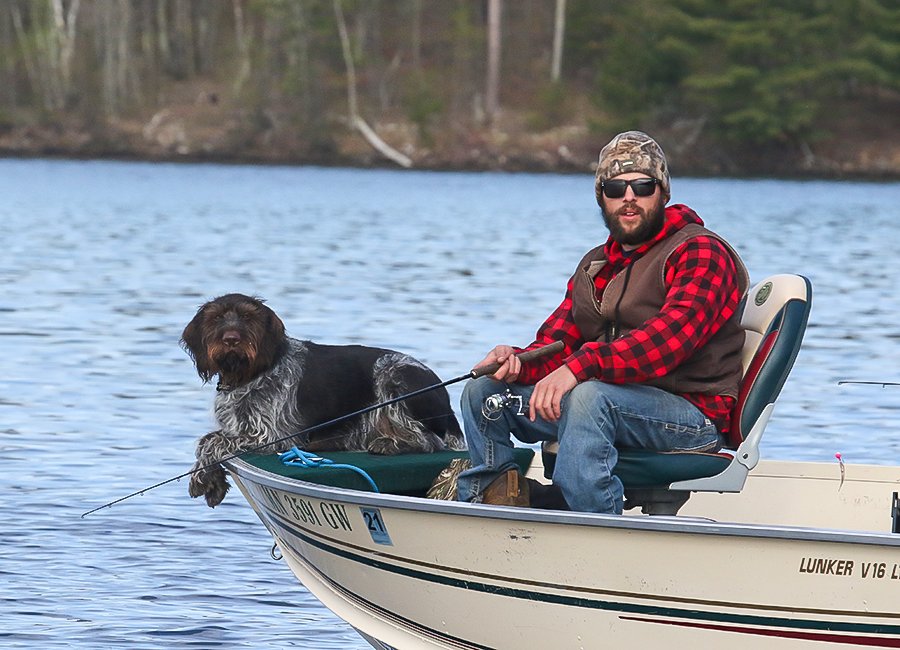 And, of course, there were dogs along ready to lend an assist as needed.
M. Helmberger

A slew of boats float off the tip of Birch Point on Lake Vermilion.
M. Helmberger 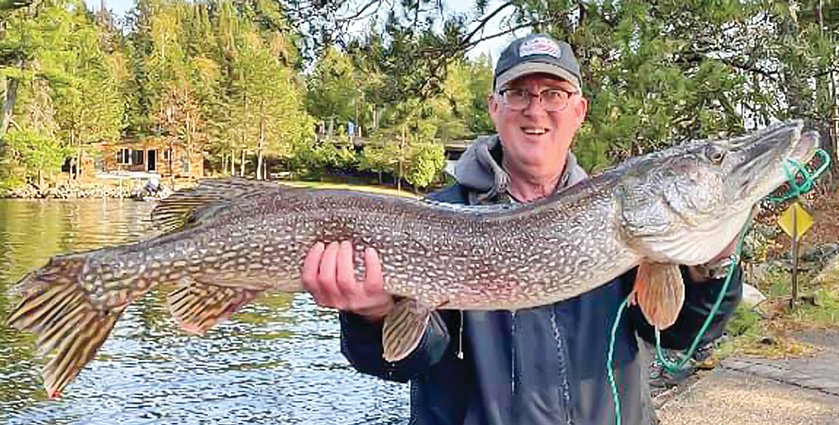 Bill Herzog caught and released this monster northern pike from the dock at Silver Rapids Lodge on Saturday. It measured 45 inches and weighed 20.5 lbs.
submitted
Previous Next
Posted Wednesday, May 19, 2021 4:42 pm

LAKE VERMILION- To keep or not to keep? That was the question for many anglers, who were out in force here during last Saturday’s fishing opener.
The Department of Natural Resources’ test-netting from last fall had indicated big numbers of little walleye on Lake Vermilion, the result of strong back-to-back year classes in 2018 and 2019. And that was the story as many anglers found action but had to make do with fish that they might normally toss back.
“I like to go 14 inches and bigger,” said longtime Lake Vermilion fishing guide Dave Schaeffer. “But the guys are struggling for size right now. I haven’t heard of a lot of big fish being caught.”
There were exceptions, of course. One of Schaeffer’s clients landed an eight-pounder over the weekend, but that seemed to be the exception to the rule. Schaeffer said he caught most of his fish in 28-32 feet of water, using jigs and minnows, lindy rigs, or “bottom-bouncers.”
I was out myself with a friend and learned early on to adjust my expectations if I wanted to bring home a fish dinner. “You might have wanted to keep that one,” said Rob Bryers, a longtime fishing guide as I tossed my first walleye, which looked to be about a 12-incher, back in the water early on Saturday. We were working one of Rob’s honey holes on the north side of Pine Island and we had no shortage of action, but the bite was tentative. We had already missed about a half-dozen strikes when I finally sunk the hook in one.
When Rob heard the soft “kerplunk,” as I tossed the fish back in the water, he gave me the low-down. Turns out, sending one back to grow a little didn’t prove a problem, as we had plenty to replace it. We kept the ones that seemed a smidge bigger than the others until we had enough for a nice meal, then started tossing more back. In the end, we tossed at least as many as we kept, although it was mostly in an effort to conserve the resource. By the end of summer, many of those we tossed back will be just right for the frying pan.
For us, the action was best right away in the morning, in just over 20 feet of water. We left the dock at 6:30 and were fishing before 7:00, using our standard jigs and minnows. As usual, the morning light on Vermilion was spectacular, with the backdrop of the budding aspen, which added their pastel green wash to a landscape previously dominated by the dark greens of the pines and fir. Whether the fish were biting or not, it would have been a remarkable morning on the lake.
By 8:30, however, the fish appeared to have moved out, but boats full of fishermen just kept coming so we left to check out a couple other usually reliable early season locations, without much success. Boats were out in large numbers wherever we went. In fact, at one point on Saturday, DNR officials conducting flights over the lake counted 730 fishing boats, according to DNR large lake specialist Matt Hennen, based in Tower.
When we hit the old reliable spot off the northern tip of Birch Point, it was wall-to-wall anglers. “Reminds me of years ago,” commented Rob. “It’s been a long time since I saw this many boats.” By that point in the morning, the bite had slowed and despite the large number of boats, we saw few fish reaching boats.
While the large number of boats on the lake suggested opener, the weather was reminiscent of late June, with mild temperatures, light winds, and just a hint of welcome humidity after the desert-dry air that has sat for weeks over the North Country. I normally approach an opener morning out on Vermilion as I would a January trip to the Arctic, but this time my bag of winter gear, which I packed reflexively, sat unused on the floor of the boat.
This year’s early ice-out and recent warm temperatures appear to have somewhat scrambled the usual rules for opening day fishing, as it appeared many of the larger fish had already moved on from their early season haunts to points unknown.
“I’m not even marking fish here,” Rob noted as we sat off the tip of Birch Point among the flotilla of other anglers, a spot that normally holds reliable numbers of walleye on opener.
It was much the same at another location on the south side of Pine Island, where he’s fished many times in the past on opener.
Anglers will likely have to scratch their early season methods and start thinking summer tactics if they’re going to be out looking for walleye over the next couple weeks.