Longtime critic of the department’s practices given chance to lead

GREENWOOD TWP- At a special meeting that lasted just over 10 minutes, the Greenwood Town Board appointed fire department member Jeff Maus as interim chief. The vote was 3-0, and Supervisors Mike …

Longtime critic of the department’s practices given chance to lead 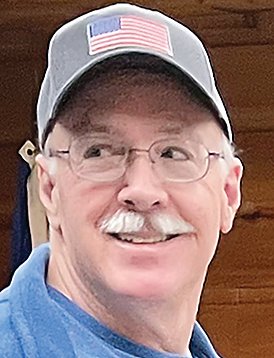 GREENWOOD TWP- At a special meeting that lasted just over 10 minutes, the Greenwood Town Board appointed fire department member Jeff Maus as interim chief. The vote was 3-0, and Supervisors Mike Ralston and Paul Skubic did not attend the Sept. 23 special meeting.
At their Sept. 13 meeting, the board removed Dave Fazio as chief and Mike Indihar as assistant chief on a split 3-2 vote, with Ralston and Skubic voting against. Fire department training officer Rick Worringer also asked to be removed from his position, and the motion was amended to add his name to the list. The reason given for the removal was for not performing their official duties.
Maus has served on the fire department over 15 years, and he is currently serving as the township’s interim treasurer. The township also has an interim clerk, JoAnn Bassing.
Maus formerly served as a fire department captain, but was abruptly relieved of his duties when the town board decided to reorganize the department’s leadership about ten years ago. This occurred shortly after Maus reported fire department safety violations to the MN Department of Labor and Industry (OSHA), which were subsequently found to have merit.
Maus told the Timberjay that his priority, working along with Supervisor Rick Stoehr, has been to get the fire department apparatus on a maintenance schedule. He said that as far as fire department records show, there had not been any regular maintenance since 2018.
The fire department’s main truck, Engine 1, has been repaired. The truck had stalled during a training in August but had not been brought in for repairs. According to information given at the special meeting, that truck was also taken out on a fire call a few days after it had stalled out during the training and stalled again.
The fire department will hold their regular monthly business meeting on Oct. 4. The township is seeking applicants for the open fire chief, assistant chief, and training officer positions, with applications due on Oct. 30.
Clarification
In the Sept. 23 article about the Sept. 13 regular meeting, the Timberjay incorrectly reported that the public input policy had been changed to a three-minute limit. The motion to change the policy failed on a 2-3 vote, with Ralston, Stoehr, and Skubic voting against the change. Also, the kitchen range in the town hall kitchen has a working gas pilot, but it needs to be lit prior to use, because the gas line is shut off when the oven is not in use for safety reasons.