REGIONAL- Life has been good for Native rock band War Bonnet’s founder Chaz Wagner in 2022.For starters, he moved on from KBFT Bois Forte Radio to a position with the Hibbing and Chisholm … 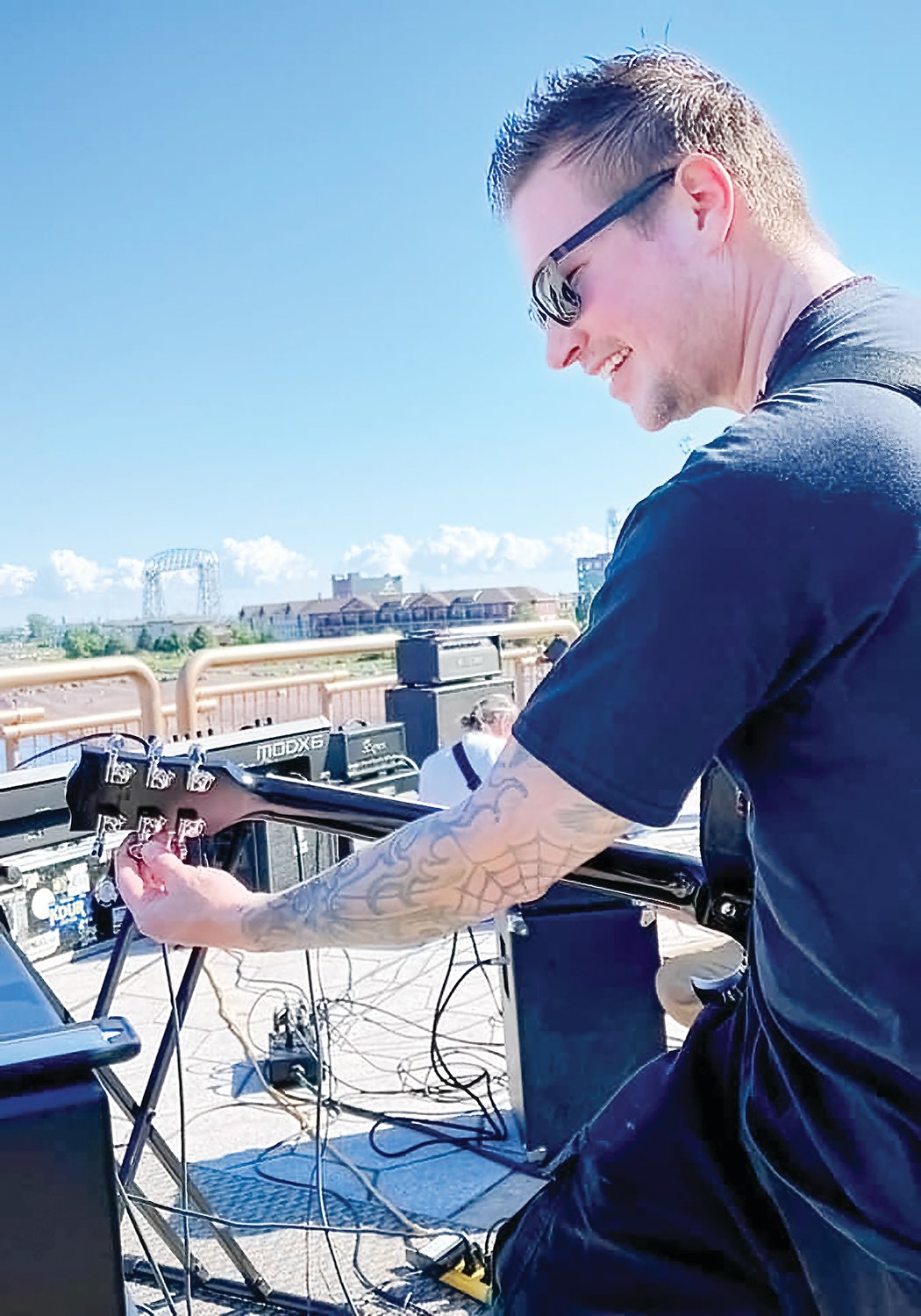 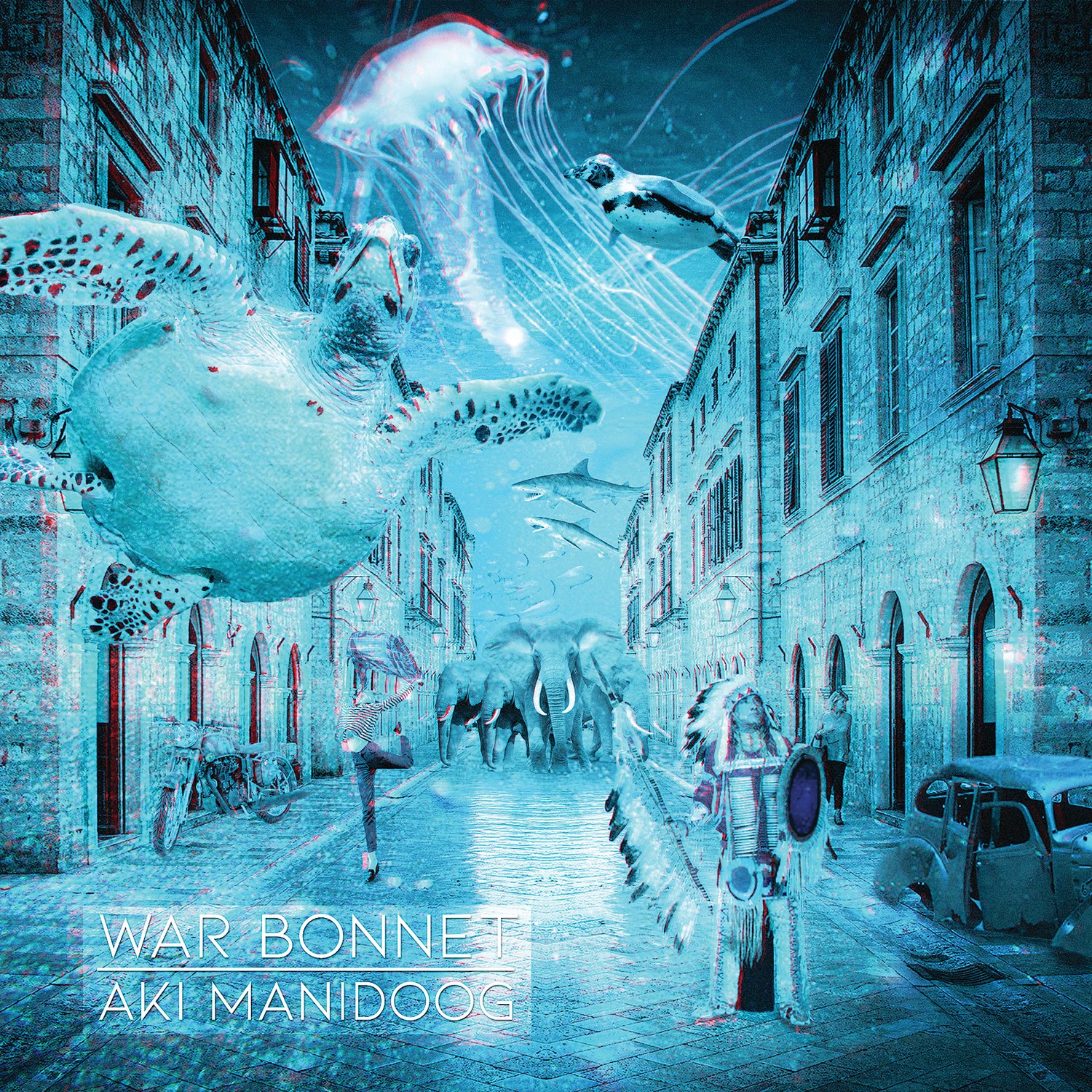 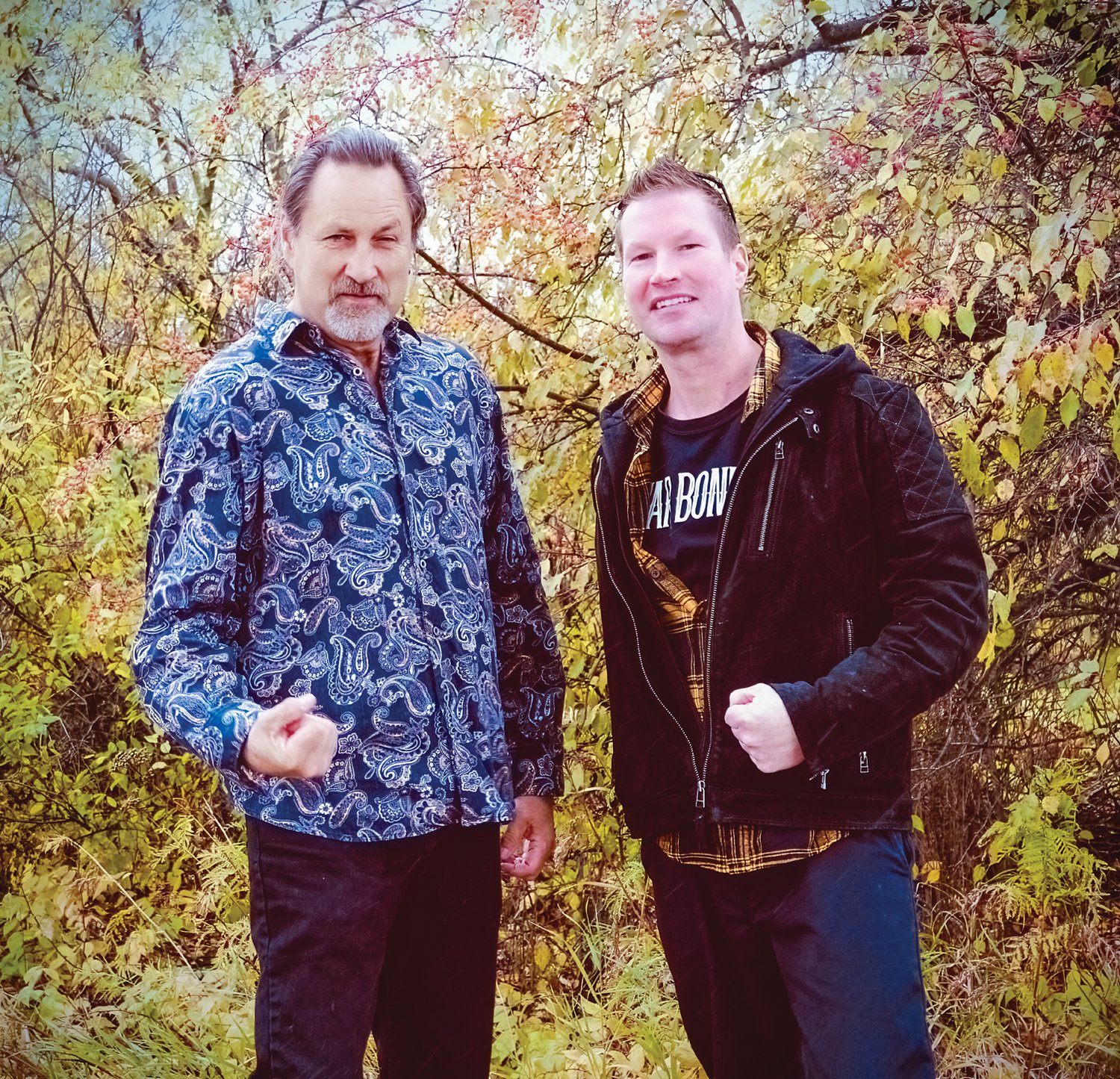 REGIONAL- Life has been good for Native rock band War Bonnet’s founder Chaz Wagner in 2022.
For starters, he moved on from KBFT Bois Forte Radio to a position with the Hibbing and Chisholm school districts as Indian Education Home School Liaison, a position where he can put his love, knowledge, and practice of Ojibwe culture to use by teaching and mentoring Indigenous youth about their heritage and culture.
War Bonnet has been busy, too. They were featured at the Caravan du Nord in St. Paul and in Voyage Minnesota magazine, spotlighted in the Twin Cities PBS music video series “Stage”, played a Duluth concert with internationally recognized and award-winning Dine (Navajo) duo Sihasin, and produced a performance video for the Minnesota Music Coalition’s MMC Mixtape fundraising event, as well as performing other concerts.
And like War Bonnet’s first album, 2019’s “The Ghost Dance,” the group’s 2021 “Ancestral Legacy” album was nominated for two Native American Music Awards. Ancestral Legacy was tabbed in the best rock recording category, and “Ikwe,” a song from the album honoring missing and murdered Indigenous women, is up for best rock video.
Wagner was the featured guest Nov. 10 at the Hennepin County Library’s “Vinyl Revival” program, where he talked about War Bonnet and what he believes is the reason for the group’s growing success.
“When I first started this band, I never would have thought that I would be doing things like this, and it’s just an amazing thing,” Wagner said. “It all goes back to the teaching that my uncle gave me to follow the Native ways, follow the red road, and good things will happen to you in your life. And my life has been a blessing, the band being as successful as it is, my profession as an educator, all the things that I’ve learned throughout my life, I’m very blessed to be here.”
And in the midst of all of the year’s activity, War Bonnet also released its third album, “Aki Manidoog,” in early November to mark Native American Heritage Month.
“Aki means earth and manidoog means spirts, so it is the earth spirits,” Wagner said. “It’s an environmental sense that the Earth is a living being and all of the animals and people and everything is intrinsically connected. That was the concept for this album.”
While retaining their identity as a Native rock band, War Bonnet’s sound evolved from The Ghost Dance to Ancestral Legacy, and that evolution continues with Aki Manidoog.
“The Ghost Dance was an experiment and we didn’t really know how far it was going to go,” Wagner said. “Ancestral Legacy was more of a rock album, a raw straight rock sound. This one, Aki Manidoog, is more organic and more fluid compared to the other ones.”
While Wagner and co-founder Tony Parson again take the lead with percussion, lead guitar and bass, Wagner said that Aki Manidoog brings Parson’s musicianship with keyboards front and center this time.
“This band wouldn’t be anything without Tony being in it,” Wagner said. “He played mostly keyboards on this, and it’s an album heavily oriented for keyboard.”
There’s also a new voice on “Aki Manidoog.”
“We took on an accomplished vocalist, Leah Lemm,” Wagner said. “She’s been everywhere in the Native community. She recorded the last song on Ancestral Legacy and that’s when we started working together. It opened up the door for her to start writing music with us.”
Lemm carries the lead vocal on what Wagner called the album’s hardest song, Bigfoot, and her performance is transformative, he said.
“We were already at a level that was pretty high, and she raised the bar. This adds so much more to the band,” he said.
This album also features some guest artists, including well-known Ojibwe scholar and author Anton Treuer.
“He did the intro and outro for us,” Wagner said. “He’s been a fan ever since ‘Ancestral Legacy’, and I’ve been a fan of his as well. I just pitched it to him and he was like yeah, definitely, so he came over and we recorded.”
Well-known jazz guitarist Briand Morrison, son of Grand Portage musician George Morrison, also sat in for the song “Zhingibiss.”
“Aki Manidoog” is also an Anishinaabemowin language revitalization project, Wagner said.
“There’s a huge push for that topic in Minnesota,” he said. “There are three tracks that are in English, Bigfoot, Deer Song, and When The Sun Goes Down, and all the other tracks are in Anishinaabemowin. I’m hoping that some of my tribespeople will pick this album up and be able to learn the language more, that it will really help them help them with their language speaking.”
The cover for the CD is also a departure for War Bonnet. Wagner asked friend and award-winning Italian producer, multi-instrumentalist, arranger, and re-mixer NeroArgento to design it. It’s a surreal depiction of an underwater streetscape with a huge sea turtle, sharks, fish, and a penguin swimming through a lane of old stone buildings with a Native American chief, charging elephants, and other details waiting to be discovered.
“I told him it was an environmental album and that he had free rein to do whatever he wanted,” Wagner said. “it’s pretty awesome. When I saw it, I said, ‘It’s perfect.’”
Wagner also noted that while he now lives in Hibbing, War Bonnet will always be a Nett Lake-based band.
“I’m from that lake. I’m a descendant of that lake, and I’m a tribal member of that lake,” he said. “So that lake will always be my home, no matter where I reside in the world. It’s a very sacred and spiritual place. I have dreams about that place. That’s my ancestral homeland.”
Individual tracks or the entire album are available for download on the band’s website, www.warbonnetofficial.com, where a physical CD of “Aki Manidoog” can also be ordered.