REGIONAL- The debut of Voyageur National Park’s new tour boat, the 42-foot long catamaran “Ne-zho-dain,” has faced a number of challenges this summer, including record flooding that … 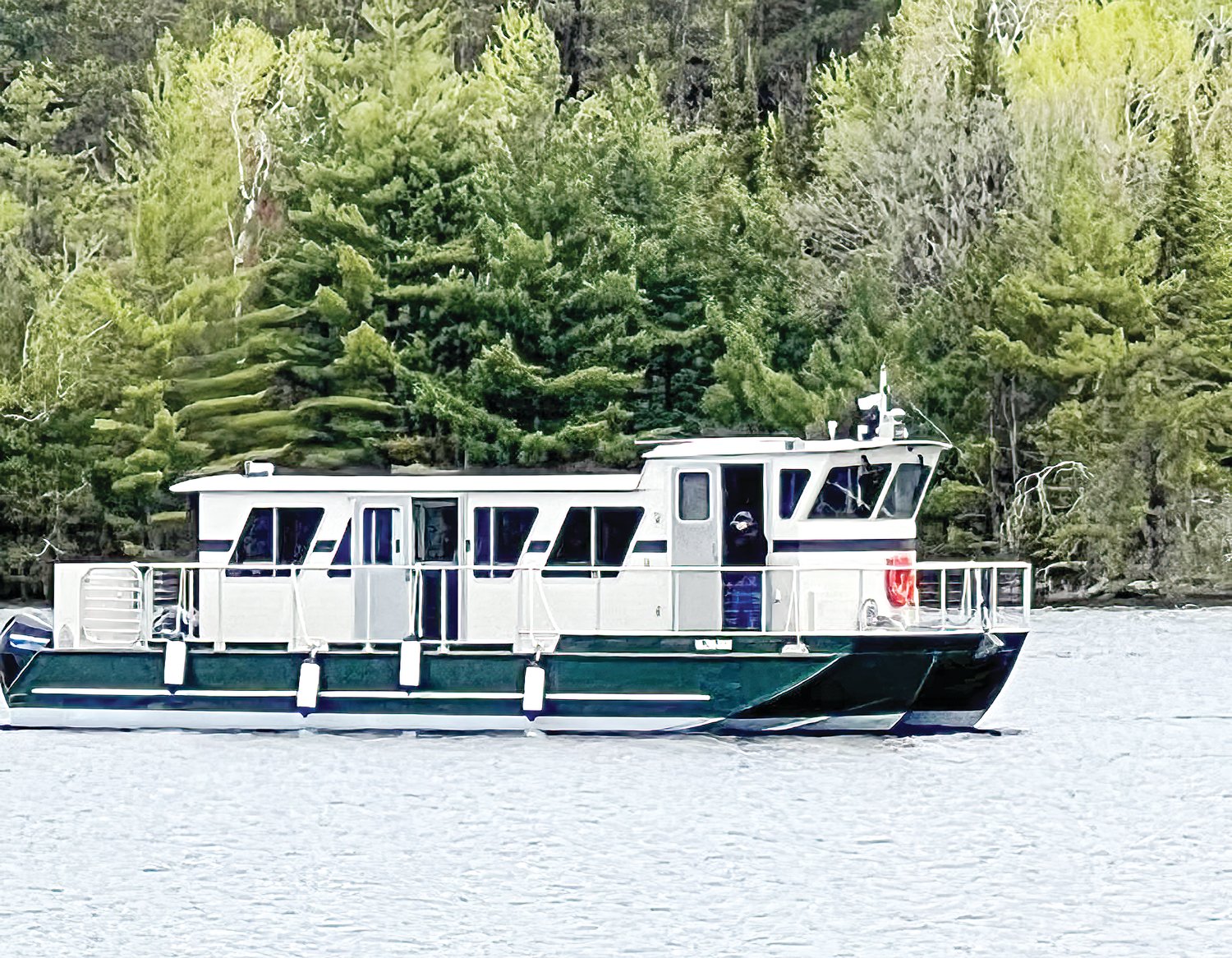 REGIONAL- The debut of Voyageur National Park’s new tour boat, the 42-foot long catamaran “Ne-zho-dain,” has faced a number of challenges this summer, including record flooding that created a laundry list of additional hazards on the park’s big lakes.
But with the water mostly receded, the park announced in an Aug. 1 Facebook post that the boat and crew were ready for launch.
“With the arrival of the Ne-zho-dain, park staff had a lot to learn before tours begin,” the post began. “The captains had to take the vessel on the route to Kettle Falls and Ellsworth Rock Gardens, ensuring they knew exactly where they could safely go. The interpretation staff were busy developing tour programs and practicing what they will present to our visitors. One thing is certain, the Ne-zho-dain and its crew are ready for duty!”
What happened next was almost predictable.
“Did the boat really hit a rock already?” a commenter asked on the park’s Facebook page the very next day.
“Yes, it did,” another commenter replied.
On Tuesday, park superintendent Bob DeGross explained to the Timberjay what happened.
“The captain was maneuvering in response to other vessels on the water,” DeGross said. “In doing so, they maneuvered closer to a rock hazard and ultimately hit it. Unfortunately, with the amount of rocks that are in our lakes, quite often as not it’s not if you’re going to hit a rock but potentially when. That’s just the nature of the lake.”
DeGross commended the crew for their response to the incident.
“Considering it was a tour boat with a tour group, every safety consideration was followed and everybody was returned to the port without injury,” he said.
The damage was relatively minor, DeGross said, and the boat has been declared lake-worthy and ready to resume tours this Friday, Aug. 12.
“There was no structural damage and it was good we could get it back up and running,” he said.
The boat is named after Chief Ne-zho-dain from the Bois Forte Band of Ojibwe, who resided in Kabetogama and was reported to be the last known Ojibwe survivor of the famous Battle with the Cut Foot Sioux. The name translates to “twin” or “two hearts.”
Ship-shape again, the Ne-zho-dain will ply the waters of Namakan and Kabetogama, departing from the Kabetogama Visitors Center for tours to Kettle Falls and the Ellsworth Rock Gardens. The boat is powered by twin 300-horsepower Mercury outboard engines and can accommodate 29 passengers and two crew members.
DeGross said that the incident with the Ne-zho-dain should serve as a lesson to all boaters in the park to beware of possible rock hazards.
“People should be mindful when they’re traveling,” he said. “It’s a rocky lake. The challenge is that sometimes the rock fields are much broader than what the rock markers indicate.”
“We’re glad that all ended well and that we’re going to be up and running,” he added.
DeGross said that tours will continue through the end of September, and possibly into early October, depending on the weather. Tours on the park’s tour boats can be booked online at recreation.gov.