No swan song for these birds

After a successful reintroduction, researchers hope to learn more about trumpeter swans

REGIONAL— Researchers hope to learn more about the subject of one of the most successful wildlife recovery efforts ever undertaken in North America. Fifty years ago, the trumpeter swan— …

No swan song for these birds

After a successful reintroduction, researchers hope to learn more about trumpeter swans 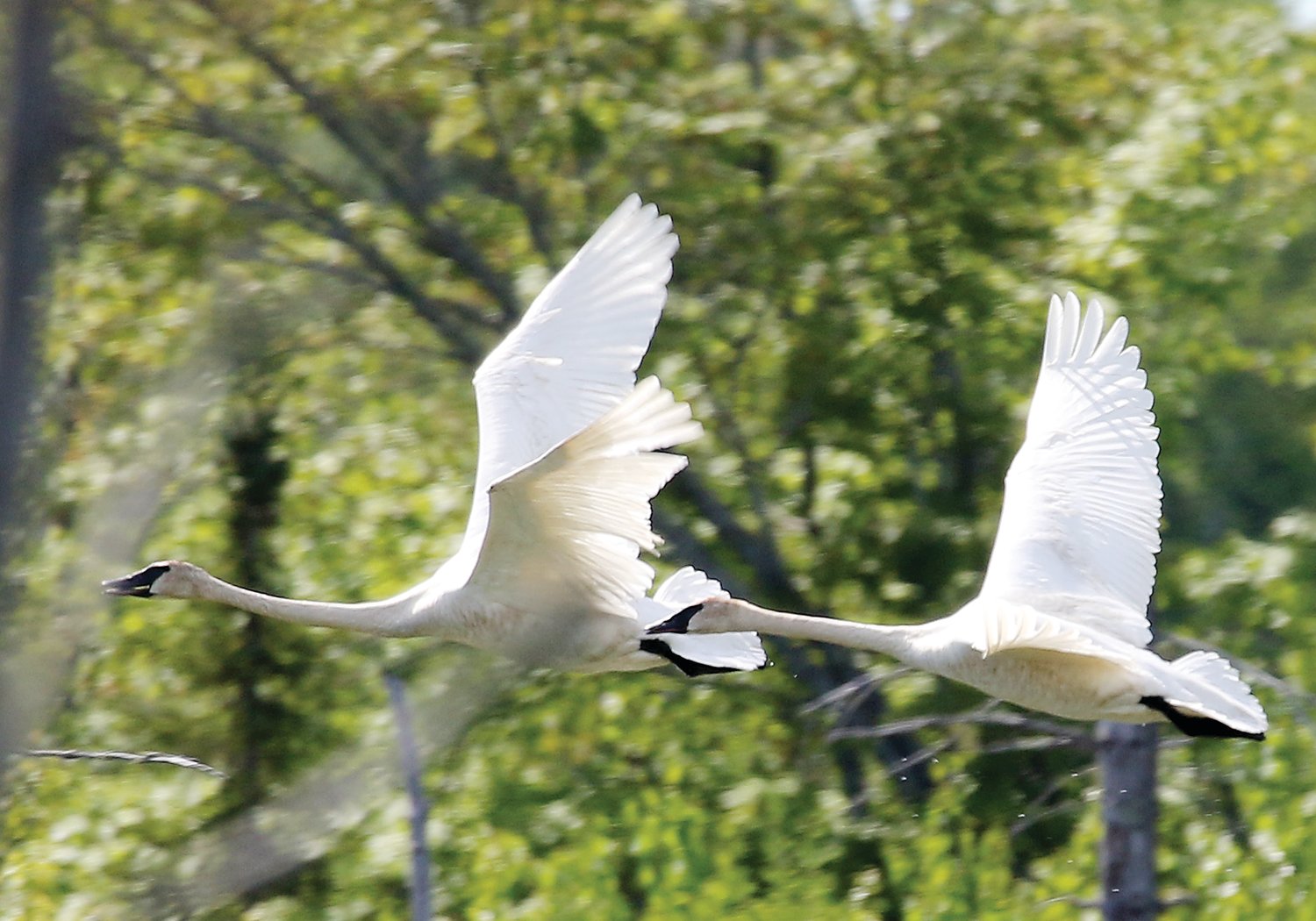 A pair of trumpeter swans flies above a beaver pond in the Superior National Forest. The population of trumpeters has rebounded spectacularly in Minnesota following a reintroduction effort started by the DNR in the 1980s.
M. Helmberger 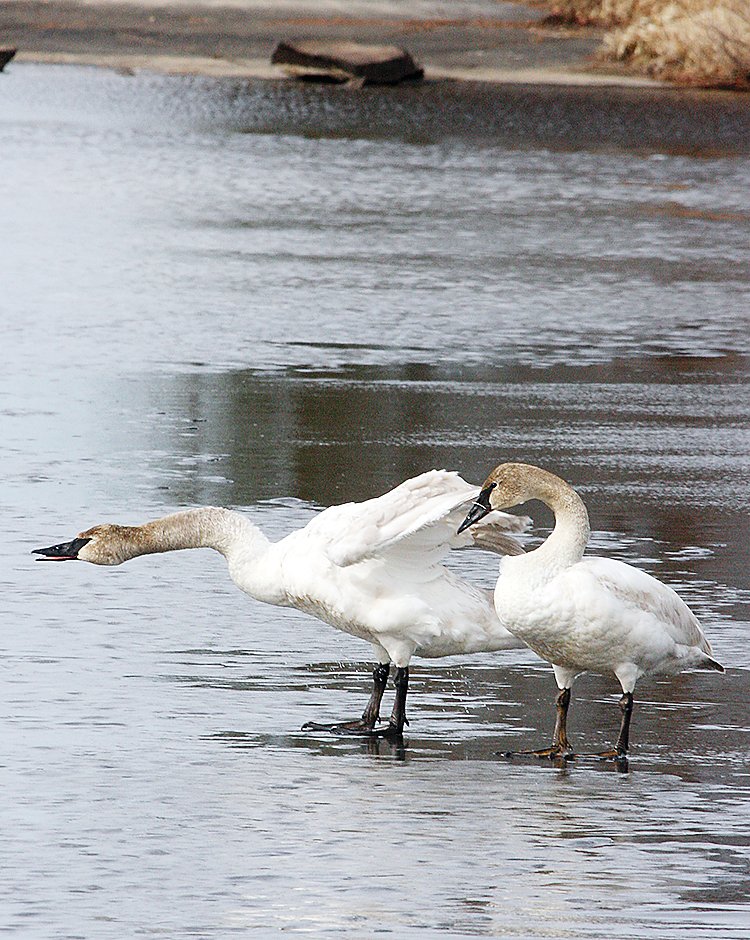 REGIONAL— Researchers hope to learn more about the subject of one of the most successful wildlife recovery efforts ever undertaken in North America. Fifty years ago, the trumpeter swan— the largest living waterfowl in the world— was all but a memory in most of North America after years of overhunting and loss of habitat.
But the discovery of a population of trumpeters in a remote part of Alaska gave wildlife managers the opportunity to attempt a reintroduction of the species to other parts of the continent, including Minnesota. In the mid-1980s, the Minnesota Department of Natural Resources began a reintroduction effort with eggs from the Alaska population. That reintroduction expanded the reintroduction to northeastern Minnesota, among other locations. An earlier effort by the regional parks system in the Twin Cities had used trumpeter eggs from a small, residual population in Montana to establish a population of trumpeters in the metro region.
But the reintroduction in northern Minnesota was particularly successful, and trumpeters are now commonly seen in the summer months in much of northeastern Minnesota, where they breed most often in remote marshes and beaver ponds. Trumpeter pairs mate for life and typically return year-after-year to places where they have successfully raised young.
When the DNR’s nongame program began its reintroduction in the 1980s, biologists set a goal to build a trumpeter population as high as 350 birds. Today, approximately 30,000 trumpeter swans live and breed here in Minnesota, making it by far the largest population of trumpeters in the lower 48 states.
With the reintroduction an overwhelming success, wildlife biologists are now hoping to learn more about how these remarkable birds, whose wing spans can extend more than eight feet. Researchers are in the process of capturing 35 of the big birds in various locations in Minnesota, which they’ll fit with neck-mounted transmitters. An additional 55 trumpeters will be captured and fitted with transmitters at other locations in the Midwest where they have also been successfully reintroduced.
The transmitters will allow researchers to monitor trumpeter swan movements at 15-minute intervals throughout the year. “Results of this study will provide information about migration, year-round movements, mortality risks and swan use of various habitat types,” said David Andersen, a researcher with the Minnesota Cooperative Fish and Wildlife Research Unit at the University of Minnesota, who is cooperating on the project.
Researchers want to know more about trumpeters’ habitat needs and migration patterns to allow for better management in the future, both here in Minnesota and in places like Missouri and Arkansas, where some trumpeters from the Upper Midwest spend the winter months. “Those are states where we know that our birds have migrated to,” said John Moriarity, director of the Three Rivers Parks system in the Twin Cities. “If we know they are migrating to an area, we would work to try to improve habitat there to have a safer location for migrating.”
It also identifies places outside Minnesota where educational outreach through local game officials can help trumpeters. “In the early years [of reintroduction], most of them got shot,” said Moriarity. “The education has gotten much better in southern states. Mortality from hunting has dropped dramatically.”
Trumpeters still face other hazards. Some still die every year from lead poisoning as they ingest lead shot from wetland sediments. Some also die from flying into power lines or other obstructions, that can kill large numbers of a wide variety of birds.
Wildlife managers know that some trumpeters will spend the winter in Minnesota, where they can find areas of open water and sufficient food. But how many spend the winter in the state isn’t clear, and that’s one more question that the new study should help to answer.