Phillips to retire as IRRR commissioner

REGIONAL— The Department of Iron Range Resources and Rehabilitation has begun the search for a new commissioner. Mark Phillips, who took the helm at the state agency, will be stepping down as …

Phillips to retire as IRRR commissioner 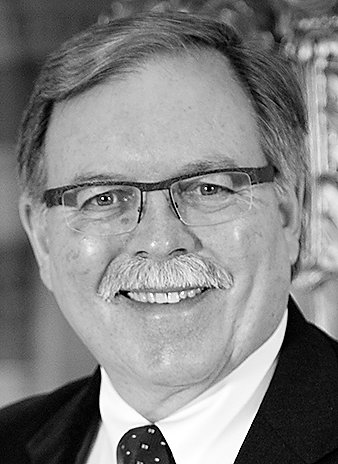 REGIONAL— The Department of Iron Range Resources and Rehabilitation has begun the search for a new commissioner. Mark Phillips, who took the helm at the state agency, will be stepping down as part of the transition to Gov. Tim Walz’s second term.
Phillips, first appointed to the agency’s top job by Gov. Mark Dayton in 2015, had agreed to a four-year reappointment under Gov. Tim Walz, but had indicated he intended to retire at the end of Walz’s first term.
Gov. Walz was re-elected to a second term on Nov. 8.
Phillips, who is 72, has enjoyed a long career in economic development, much of it in state government. An Iron Range native, he first served in that capacity under the Perpich administration, but later went to the private sector. Gov. Mark Dayton appointed him as commissioner of the Department of Employment and Economic Development in January of 2011, a position he left two years later to return to the private sector, where he served most recently a business development director for Minnesota-based contractor Kraus-Anderson.
Dayton lured him back to the public sector in 2015, with an appointment as head of the IRRR, a job which brought Phillips closer to his home on Lake Vermilion. Phillips has helped turn the agency toward a new, more community-focused approach to economic development, that has stressed improving the livability of Iron Range communities. He’s done that by diversifying amenities and focusing on quality of life in Iron Range communities, in order to create places where people, including entrepreneurs and employers, want to live.
He’s done that, while not abandoning efforts that proved effective in the past in maintaining the region’s larger employers and recruiting new business to the region.
Phillips’ term will officially end on Jan. 2, 2023.