REGIONAL- When most people think of family reunions, the images they conjure up don’t typically include ski jumping.But for 87-year-old Dale Severson, an Eau Claire, Wis. native familiar to … 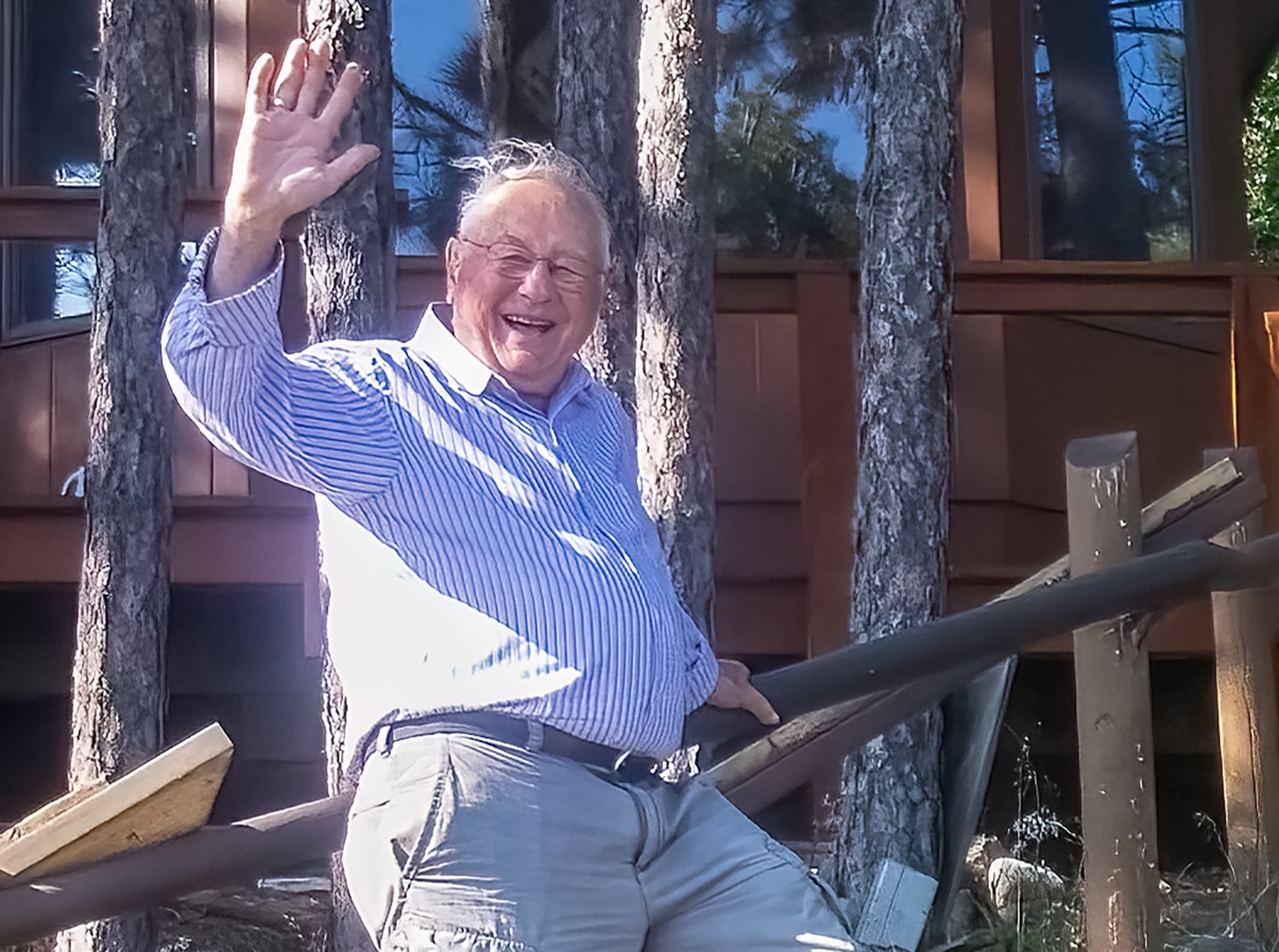 Dale Severson at his Hibbing Point house on the west end of Lake Vermilion in September.
D Colburn 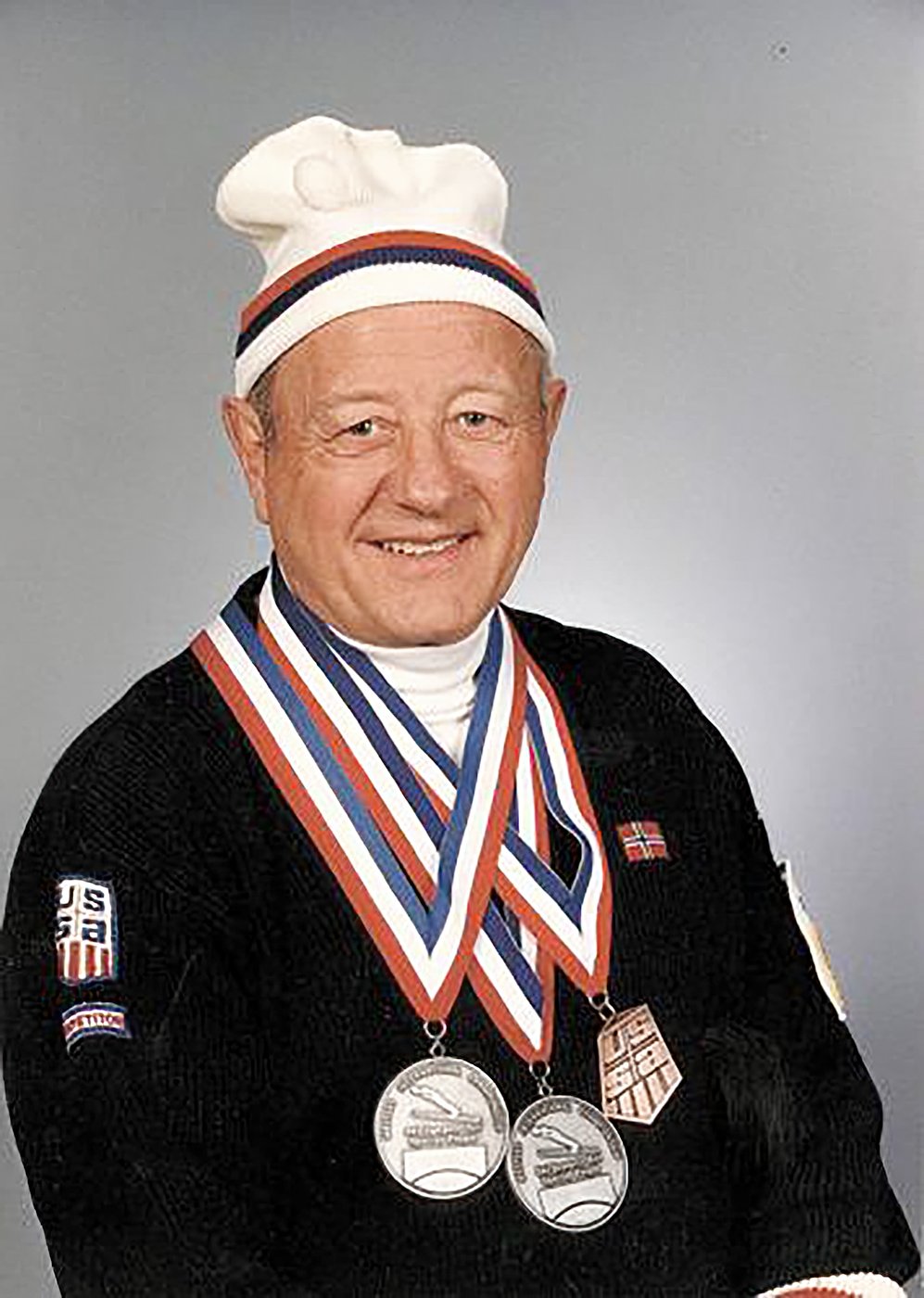 Dale Severson displays some of the ski jumping medals he won over the years.
submitted
Previous Next
Posted Wednesday, November 23, 2022 11:37 am

REGIONAL- When most people think of family reunions, the images they conjure up don’t typically include ski jumping.
But for 87-year-old Dale Severson, an Eau Claire, Wis. native familiar to many Lake Vermilion area residents through his marriage to the former Sharon Forsline of Cook, the ski jumping community has been a sort of family to him ever since the days of his youth.
“Dale was an only child, and he was from a broken home, so his coaches were more like parents to him,” Sharon said.
“Thank God they took me under their wing,” Dale said. “I lost my mother when I was eight years old and my father died when I was 13, so the ski jump community literally became my life.”
This past August, the family Severson has been part of since the 1940s decided it was time to make sure Severson’s place in the ski jumping family tree was forever secure by inducting him into the American Ski Jumping Hall of Fame (ASJHOF).
Severson was among eight jumpers honored at the Aug. 20 ASJHOF banquet at the Red Wing Golf Course in Red Wing, considered the birthplace of American ski jumping. The ASJHOF inducted its first class in 2007.
“It was a big surprise, because you’re in competition with hundreds of athletes from all over the U.S.,” Severson said. “It’s a great honor.”
Another of the inductees, Jim Running, who has passed away, was very familiar to Severson from his early ski jumping days in Eau Claire.
“He was one of my trainers,” Severson said.
Starting as a four-year-old on a small hill on land his father owned, Severson initially honed his skills at his elementary school, which like many schools in Wisconsin had a small ski jump. The janitor there was also the coach of Eau Claire’s Flying Eagles Ski Club, and Severson showed promise.
“The coaches saw that I had the potential to do well so they trained me and I was doing what they said I should do,” he said.
As time progressed Severson would become one of the elite jumpers in the region, winning 11 Indianhead circuit meets in 1953. In 1956, Severson established himself as one of the country’s best ski jumpers by earning a spot as an alternate for the U.S. Olympic Nordic ski jumping team.
But as Severson was peaking as a jumper, he was called to military service in 1959 and served for three years, being discharged in 1962. While at a ski jumping competition later that year, Severson received a surprise invitation to become an insurance salesman in Milwaukee, an offer he accepted and turned into a successful career.
And in an even more fortunate turn of luck, an Army buddy of Severson’s who was living in the Twin Cities invited him to come up for a long weekend, a weekend that included a blind date with the woman who would become his wife in 1964.
“We went bowling,” Sharon said. “There was a dance floor there and I had never danced, but Dale worked his way through college teaching for Arthur Murray.”
“Three months of the year I was skiing, the other ones I was doing dancing,” Dale said.
The pair met again when Dale came back to the Twin Cities for a ski jumping event, and they struck up a long-distance relationship.
“It was a letter-writing romance because I had to finish my degree,” Sharon said. “When I got my teaching degree he said, ‘Come to Milwaukee and try a year of teaching here,’ and I thought why not, so I did.”
The couple’s wedding was in Cook, and with that Severson, an only child, had a couple of adjustments to make.
“I’m from a family of ten,” Sharon said. “And he’s Norwegian and our family is all Swedish.”
“I figured this could be a challenge,” Dale laughed. “I’d walk into all kinds of brothers and sisters and brothers and sisters-in-laws if I marry her. But I said, well, I’ll give it a try.”
Jumping continues
Severson was at an age when the majority of his competitors were retiring from the sport, but ski jumping competition was too much a part of his life to give it up, so he didn’t. Severson kept on jumping through the next five decades, remaining competitive as he moved up through the various age classes of jumpers.
Severson made his final ski jump at the age of 79, only eight years ago, after winning ten gold, silver, and bronze medals in international masters ski jumping and winning a silver medal in Nordic combined, jumping and cross-country skiing, in international competition.
“I just kept at it because if you stay fit, you’ll live longer, and that’s what I’ve tried to do,” Dale said.
He’s also given back to the world of skiing by being a guide for three decades for Ski for Light, a cross-country ski event for visually impaired skiers. In the 2015 race in Granby, Colo. he helped guide Deb Weise of Lansing, Mich. to the five-kilometer championship. He was also part of the 2008 international Ski for Light team that represented the organization in the Norwegian Ridderrennet competition.
While his ski jumping days may be over, his competitive days are not. Severson, who lives in North Oaks but has a house on Lake Vermilion, plays centerfield for a senior softball team. He even serves as a pinch runner for teammates 20 and 30 years his junior who can’t run well anymore.
“I can run like hell,” a smiling Severson said. “They call me the gazelle. I really do enjoy competition.”