Skraba’s 3A win confirmed by recount

REGIONAL– Republican Roger Skraba, of Ely, is headed to the Minnesota House as the District 3A representative after recounts confirmed his razor-thin victory over incumbent DFLer Rob Ecklund.A …

Skraba’s 3A win confirmed by recount 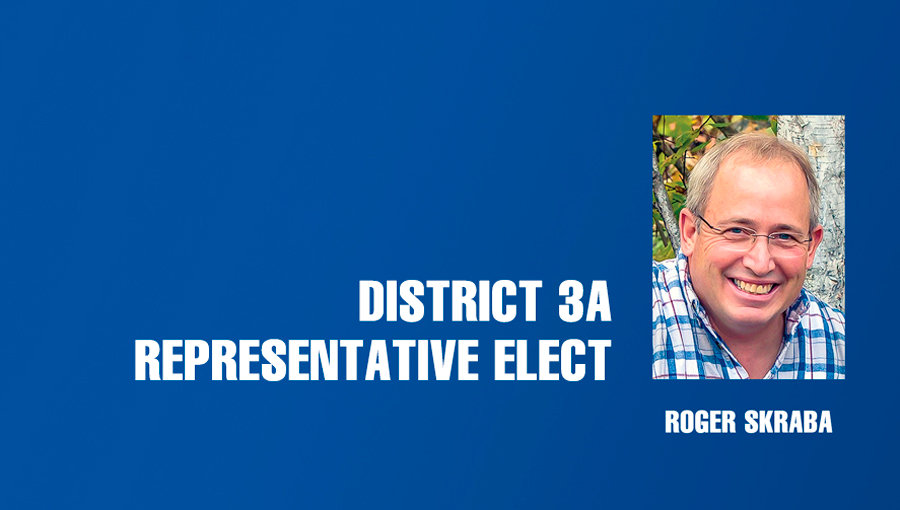 REGIONAL– Republican Roger Skraba, of Ely, is headed to the Minnesota House as the District 3A representative after recounts confirmed his razor-thin victory over incumbent DFLer Rob Ecklund.
A total of 21,743 ballots were cast in the Nov. 8 general election for the District 3A seat, and Skraba edged Ecklund by 15 votes, 10,868 to 10,853, with 22 write-ins. The close race automatically qualified for a publicly-funded hand recount.
Counting got underway Monday in Cook, Itasca, and St. Louis counties, while recounts in Koochiching and Lake counties were on Tuesday and Wednesday, respectively. The Lake County recount results had not been officially released as of the Timberjay’s Wednesday deadline, but Ecklund announced his concession late Wednesday, rendering any remaining recounting moot.
Recount workers were closely scrutinized in their task by observers from both parties who stood ready to challenge any questionable ballots. Cook County Auditor-Treasurer Braidy Powers said there were plenty of observers looking on there.
“I’m going to say there were at least 16, eight per each party,” he said. “We had three tables going and you could have two per table. They would take turns, because it is a long boring process. So, one person would do a long precinct and they would go back and sit in a chair or go outside or do something and somebody else would come sit and watch. They stay fresh that way.”
The recounts in St. Louis, Cook, Koochiching, and Itasca counties were over by Tuesday afternoon, and no vote totals were changed for either candidate. While the recount in Lake County was incomplete as the Timberjay went to press on Wednesday, with 88 percent of the district’s vote already counted and showing no change, a race-changing result in Lake County appeared highly unlikely.
Secretary of State Steve Simon, quoted in the Nov. 26 edition of the Timberjay, noted that by the time the ballots get to a recount they have already gone through a county canvass of results, followed by hand audits of selected precincts, followed by the second and final canvass at the state level.
Ecklund, first elected to the House in 2015, served four terms as the District 3A representative, most recently serving as the chair of the Labor, Industry, Veterans and Military Affairs Finance and Policy committee. Had he been re-elected to the DFL-controlled House he would have either retained that chairmanship or been assigned to chair a different committee and would have had a greater level of influence on legislation.
Skraba’s apparent win was a bright spot in an otherwise dismal election for Republicans, who not only failed to win the House or the governorship, but also lost control of the Senate, dealing a huge blow to their efforts to advance a conservative agenda in a state government now controlled by the DFL.