FIELD TWP- A season full of promise got off to a rocky start Monday when the North Woods girls dropped their basketball season opener to Chisholm 66-43.The Grizzlies return a host of starters from … 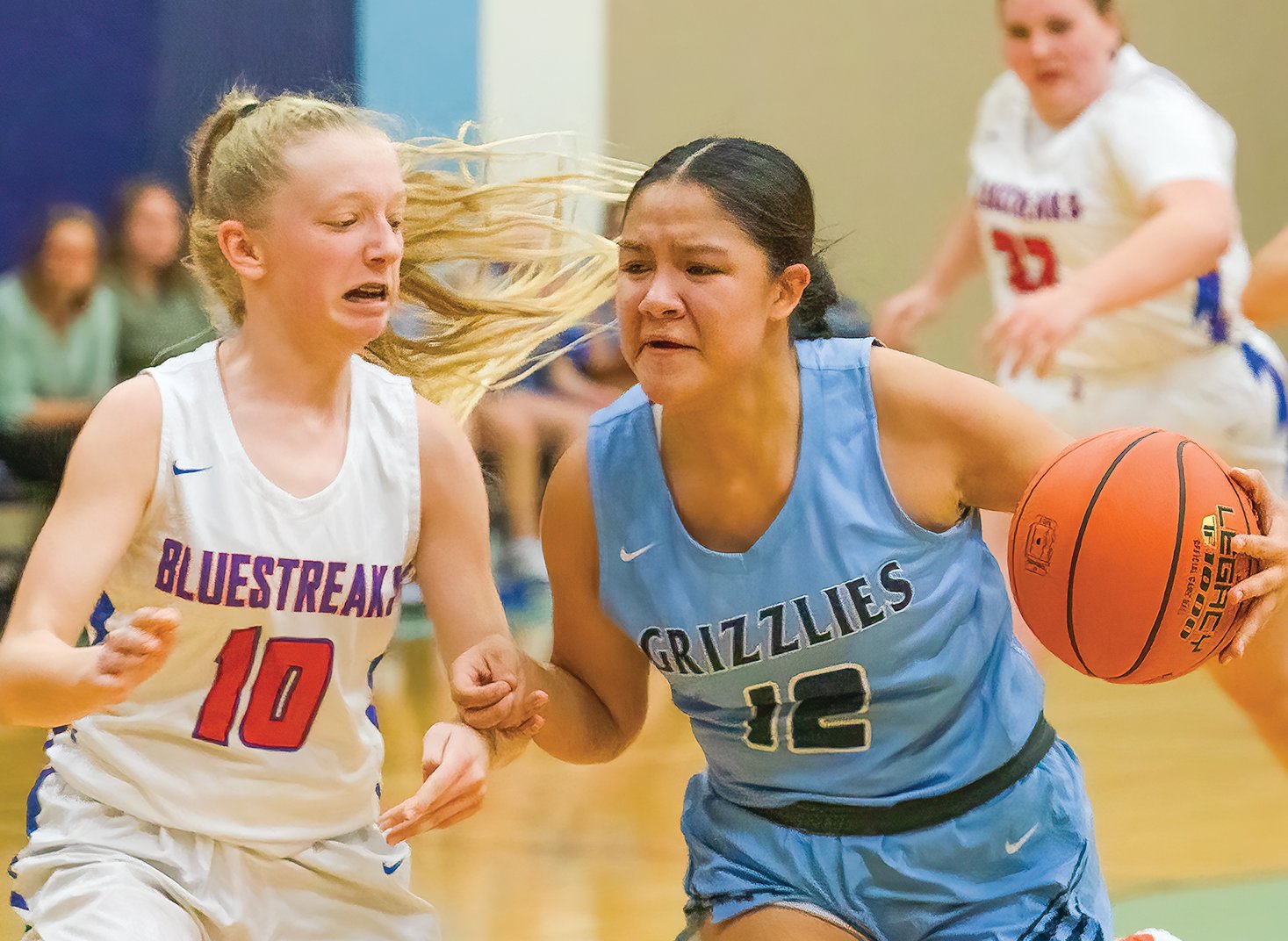 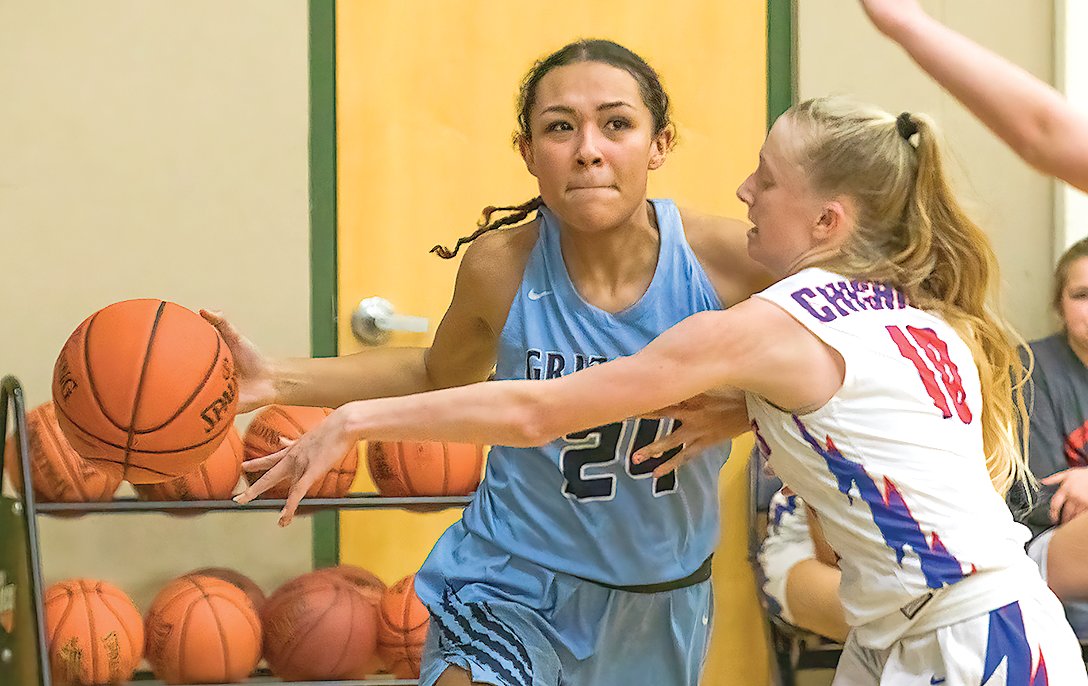 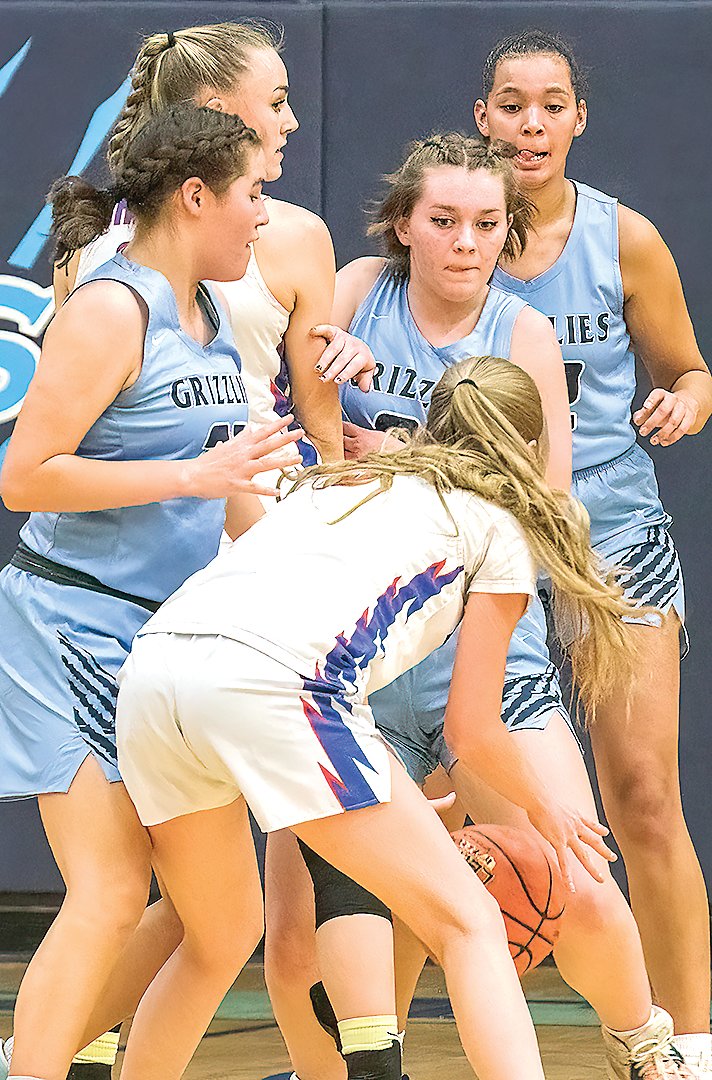 FIELD TWP- A season full of promise got off to a rocky start Monday when the North Woods girls dropped their basketball season opener to Chisholm 66-43.
The Grizzlies return a host of starters from last year’s 13-13 squad that advanced to the second round of sectional play and got off to a quick start when junior guard Helen Koch connected on a three-ball for the first bucket of the game. Junior forward Talise Goodsky followed with a pair of buckets to put North Woods up 7-5. Junior forward River Cheney broke a 7-7 tie with a free throw at the 14:26 mark.
But Chisholm’s junior center Tresa Baumgard, who scored 26 points in last season’s 59-22 win over the Grizzlies, scored to put the Bluestreaks on top 9-8 and ignited an 11-0 run that had North Woods staring at an 18-8 deficit. Senior center Hannah Kinsey broke the Grizzlies’ scoring drought with a bucket coming out of a time out, but missed shots and turnovers continued to plague North Woods. Cheney scored the Grizzlies’ last field goal of the half with over eight minutes remaining in the period, and the only thing that slowed Chisholm down was when play was stopped momentarily by the officials so Baumgard could be recognized for collecting her 1,000th career rebound. The Bluestreaks went into the locker room with an insurmountable 38-17 lead.
North Woods managed to keep pace with the Bluestreaks in the second stanza, with senior forward Kiana LaRoque collecting a trey and all nine of her points in the half, and a late eight-point flurry from freshman wing Brynn Chosa. The Grizzlies spread the ball around in the second half, with nine players collecting points.
LaRoque and Chosa shared scoring honors for the Grizzlies with nine points each, while Goodsky and Koch both chipped in six. Baumgard dominated the inside for Chisholm with 30 points, followed by senior center Olivia Hutchings with 10.
Grizzlies’ Head Coach Liz Cheney knew going in that the Bluestreaks would be a tough challenge for her squad, and turnovers were a big contributor to the loss, she said.
“The first four or five minutes of the game we’re right there, and then all of a sudden just a couple of bad passes is what started spiraling us down, and it kind of snowballed,” Cheney said. “The good news is that they recognized that at halftime, we talked about it, and it was a little better in the second half. But that’s definitely something we need to work on.”
But Cheney was upbeat when talking about her team’s prospects moving forward.
“I’m excited I’ve got a bench with multiple subs,” Cheney said. “Brynn Chosa, she showed us her cards tonight, right? Tatum Barto will be back after this week, and we really missed her tonight. And with Lauren Burnett, I’m excited about those three freshmen that are going to play a really key role. To have eight players that I can interchange is what I’m excited about.”
Cheney said she’s looking to Koch and Kinsey to provide the leadership the team needs to step up their level of play this season.
“Hannah stepped into that role last year and really became a leader on the floor,” Cheney said. “I expect that she’ll do the same thing this season.”
The Grizzlies were back on the court again on Thursday with a home game against Cook County, with their first road contest of the season coming up at Bigfork on Tuesday.