GRAND MARAIS— The long road trip to the shore didn’t slow the Timberwolves this past Saturday, as they downed Cook County 5-2 for their third straight win in as many days to improve their … 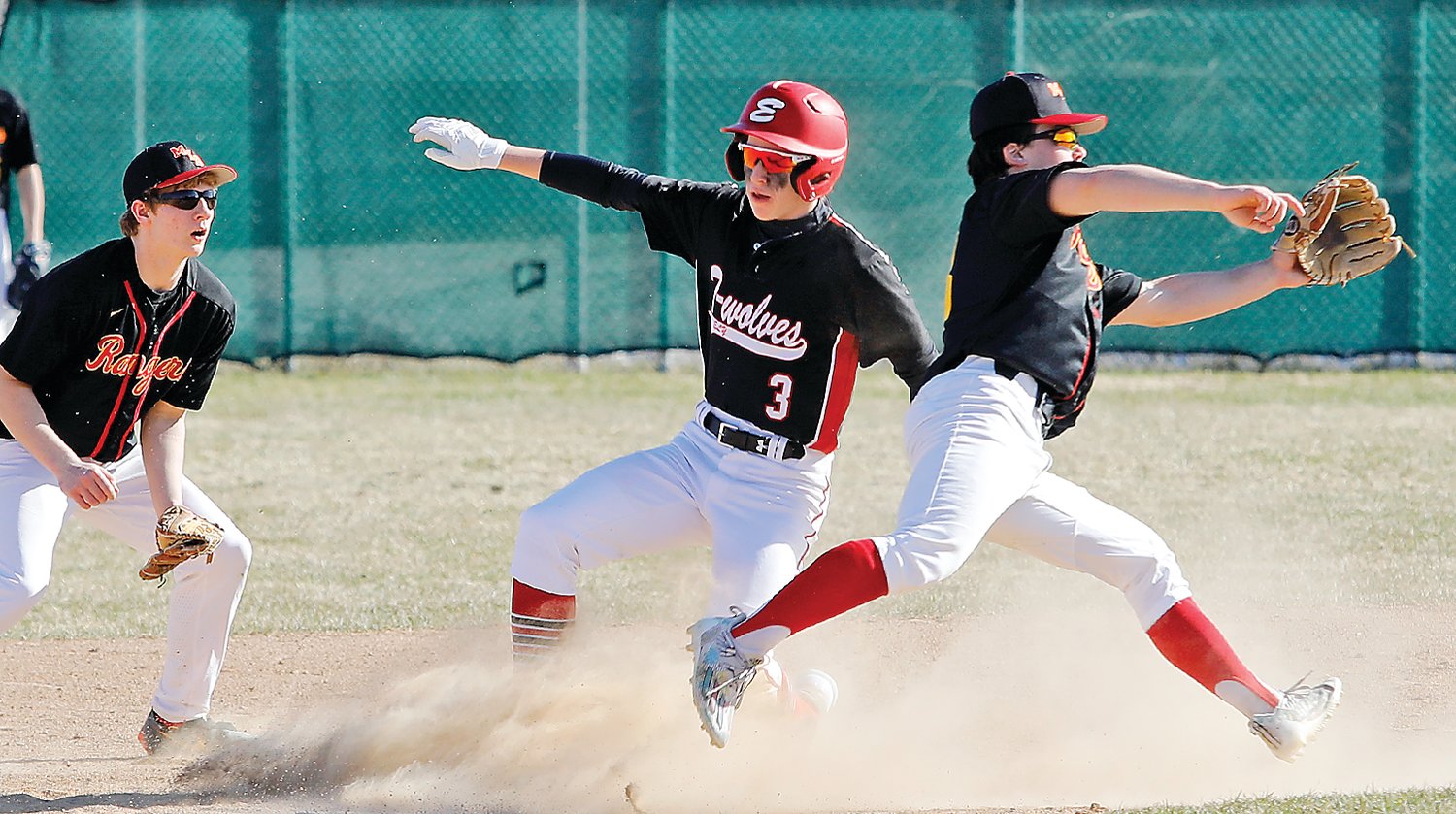 Ely’s Joey Bianco starts to slide into second base during a successful steal attempt against MI-B last Thursday.
K. Vandervort 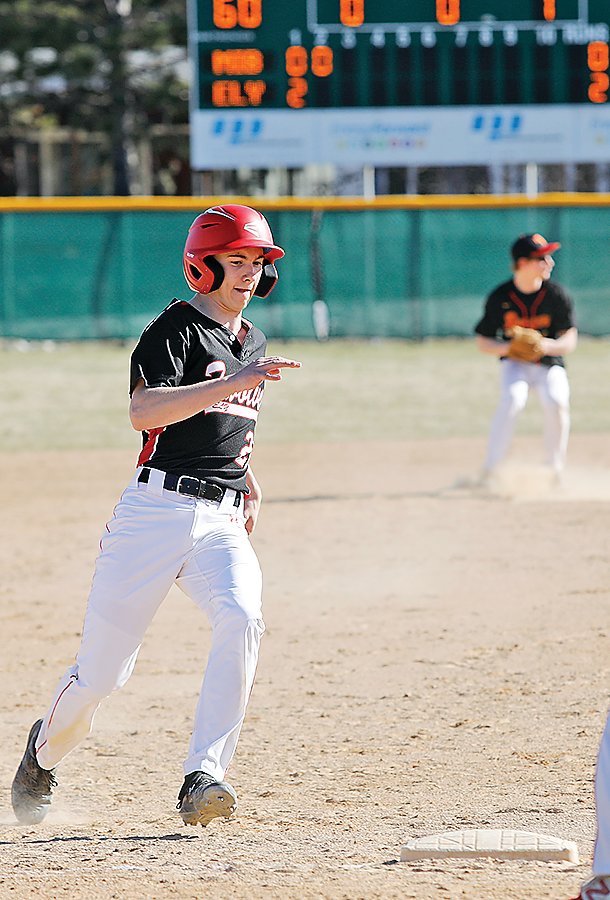 GRAND MARAIS— The long road trip to the shore didn’t slow the Timberwolves this past Saturday, as they downed Cook County 5-2 for their third straight win in as many days to improve their record to 4-3.
Ely’s junior pitcher Gunnar Hart went the distance from the mound as he gave up just four hits while fanning nine Vikings batters for the win. Ely batters combined for eight hits, including two by freshman Caid Chittum, who led Ely with two RBIs. Senior Eddie Prijatel added a hit and scored a run to keep Ely on top. Seniors Mason Davis and Chase Sandberg combined on a run-scoring single and double in the top of the seventh to give Ely a couple insurance runs.
Cook County pitcher Paul Dorr took the loss, issuing five walks in addition to allowing eight hits.
Playing in Nashwauk on Friday, the Wolves held on to outpace the Greenway/NK Titans 8-7. The Wolves scored their runs early and led 8-3 heading into the bottom of the seventh. That’s when the Titans exploded for four runs, but the Wolves held on with some clutch late-inning pitching from Hart and fellow junior hurler Logan Loe. Starting pitcher Harry Simons completed five full, scattering seven hits and allowing four runs to get the win.
On offense, Chittum and junior Joey Bianco each notched two hits and an RBI to pace the Wolves. The Wolves knocked out Titans’ starter Ethan Newman early in the fourth inning, picking up six runs on six hits in three and a third innings.
The Wolves’ win streak kicked off last Thursday when they ten-runned Mt. Iron-Buhl in Ely. Davis notched the win, giving up just two hits and a run in three and two-thirds innings on the mound. Loe picked up the save, closing out the last two innings allowing just one hit and fanning four.
“Mason didn’t have his best stuff today on the mound but he battled and we once again made some routine plays in the infield,” said Ely Head Coach Frank Ivancich. “Logan came in and just threw strikes for us as he has done all year, he is turning into our hold and save guy which is so key, especially with the pitch count.”
Sandberg had a big day at the plate, posting three hits and a run scored. Bianco had a hit, scored three times, and knocked in two runs, while junior Preston Hines added an RBI single.
A scheduled Monday contest was cancelled due to rain. The Wolves were scheduled to be back in action on Thursday, when they’ll seek to avenge their April 29 loss to the Tigers. They’ll travel to Blackduck on Saturday for a double bill, with Red Lake Falls at 12:45 p.m. and Blackduck at 2:45 p.m. They’ll be back home on Monday to host Littlefork-Big Falls, with a 4:30 p.m. start.