ELY- The Timberwolves sunk Cook County on Monday with a keelhauling score of 67-26.Taller and faster, Ely dominated the hardwood, often moving the ball down court at speeds that left Cook County in … 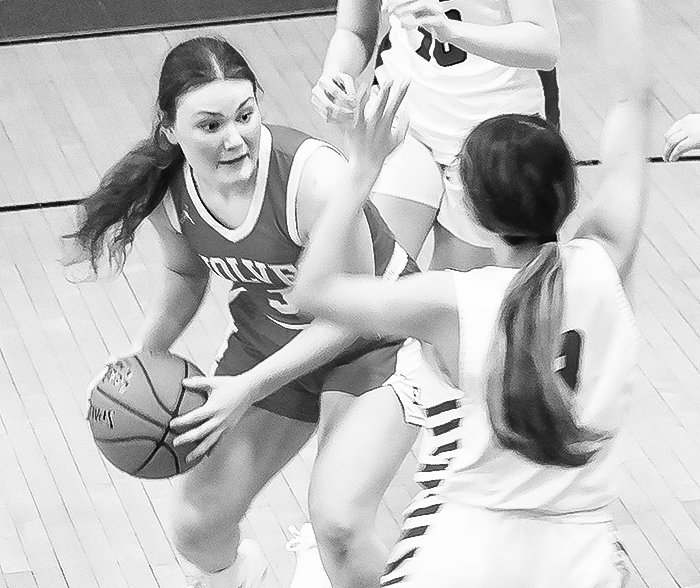 ELY- The Timberwolves sunk Cook County on Monday with a keelhauling score of 67-26.
Taller and faster, Ely dominated the hardwood, often moving the ball down court at speeds that left Cook County in its wake.
The Wolves set pace from the very start, notching five buckets before Cook County sank a shot. The Wolves kept the pressure on, taking a 44-11 lead by the half.
The Vikings stepped up their game after the break, with more aggressive running, steals, and rebounds. But as the Vikings tried a faster pace, the Wolves went the other way, slowing things down, a pace that worked to their advantage thanks to their comfortable lead.
Ely only added 23 points in the second half, but it didn’t really matter as they continued to expand their lead.
Madeline Perry led the way offensively for the Wolves, with 20 points, including a trey. Clare Thomas added 12 points, while Hannah Penke contributed nine points, a stat she was able to pad with three from the charity stripe. Grace LaTourell added nine points, while Maisy Sundblad and Sarah Visser both added five.