Minnesota’s gray jay population has fallen by 24 percent since 1970. In that same period, the state’s spruce grouse population has dropped by more than half. This is based on just some of … 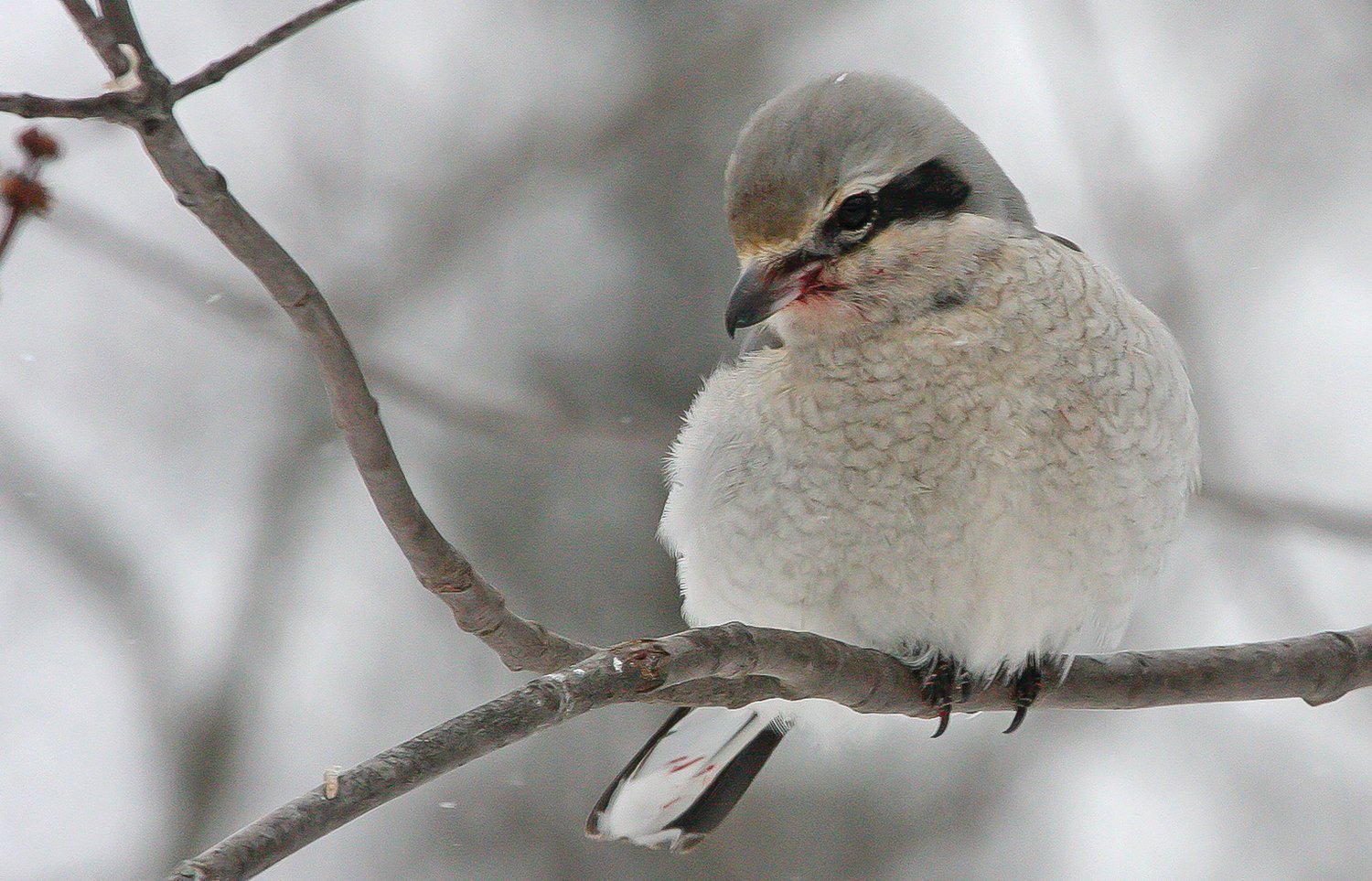 A northern shrike looks for prey from a convenient perch. Their population in Minnesota has been stable in recent years. 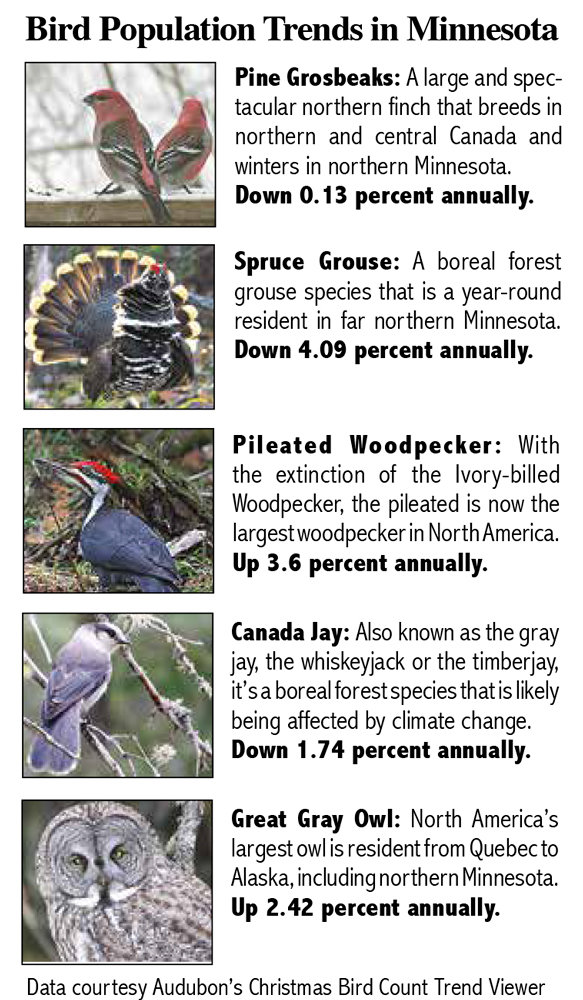 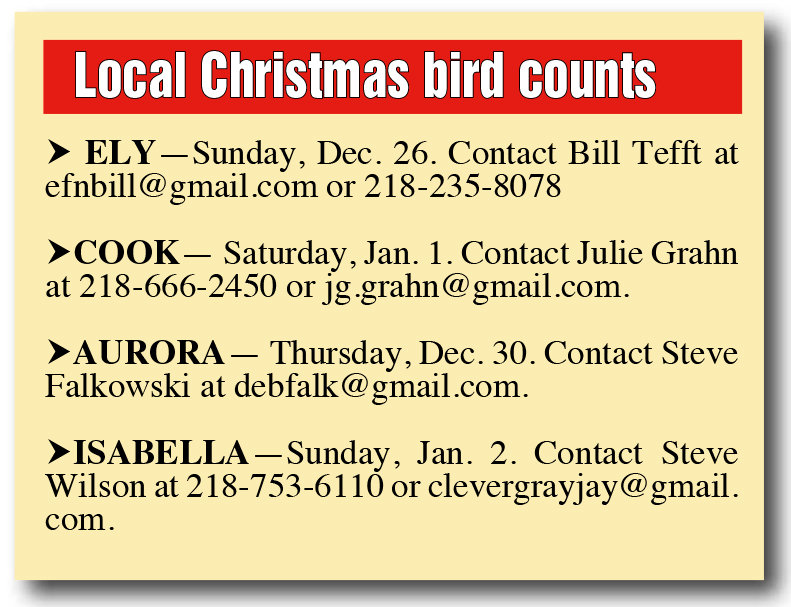 Minnesota’s gray jay population has fallen by 24 percent since 1970. In that same period, the state’s spruce grouse population has dropped by more than half. This is based on just some of the vast amount of data collected each year as part of Audubon’s Christmas bird count, one of the largest and longest-running citizen science projects in the world, which involves many dozens of North Country residents annually in December and early January. Those bird enthusiasts will be out in force in the area again over the next few weeks, taking part in the 122nd annual count.
While birds associated with the boreal forest are generally declining in Minnesota, other bird populations are growing, in some cases rapidly. Wild turkeys, a species that was once rare in Minnesota and was unheard of here in the North Country until a few years ago, is experiencing a population explosion, with an annual increase of 28 percent. At that rate, a species’ population doubles in less than three years. If you’ve seen more wild turkeys near you over the past few years, at least you know it’s not your imagination.
The red-bellied woodpecker population in Minnesota has increased 3.97 percent annually in recent years, and is another species that has expanded its range to the north. Participants in the Ely Field Naturalists are now reporting regular sightings of this woodpecker in the Ely area. But putting scientific heft to anecdotal observations takes much more data, and that’s where the Christmas Bird County comes in.
Each of the Christmas counts is held within a 15-mile-wide count circle, centered on a specific point. CBC participants count all the birds they see on that day within the count circle. Some birders spend the day skiing or snowshoeing through the woods. Others drive the backroads, and still others count the birds at their feeders from the comfort of their living room.
While the count is open to all and is free of charge, all participants will want to contact the count compiler ahead of time so they know where you plan to count or can assign you a count area.
The bird counts are held in a two-week window right around Christmas, and this year the counts in northern St. Louis and Lake counties are all after Christmas. The Ely area count is set for Sunday, Dec. 26, while the Aurora count is set for Thursday, Dec. 30. The Cook count will be held Saturday, Jan. 1, while the long-running Isabella count is set for Sunday, Jan. 2. (See contact information for all the counts on the accompanying chart on this page.)
It’s a fun way to spend a day, but it’s also important scientific work that has helped professional researchers document changes in bird populations over the decades— and those population trends for hundreds of species are now available on Audubon’s CBC website with an interactive archive that lets you explore changes in bird populations at state, national, or global scales. The best way to find the interactive page is to go to Audubon.org and search for “Christmas Bird Count.” Once there, click on the “Christmas Bird Count Trends Viewer.”