ELY— It’s not the end of the road for WELY Radio after all, as the Bois Forte Band announced Tuesday that they have found a buyer for the iconic “End of the Road Radio,” … 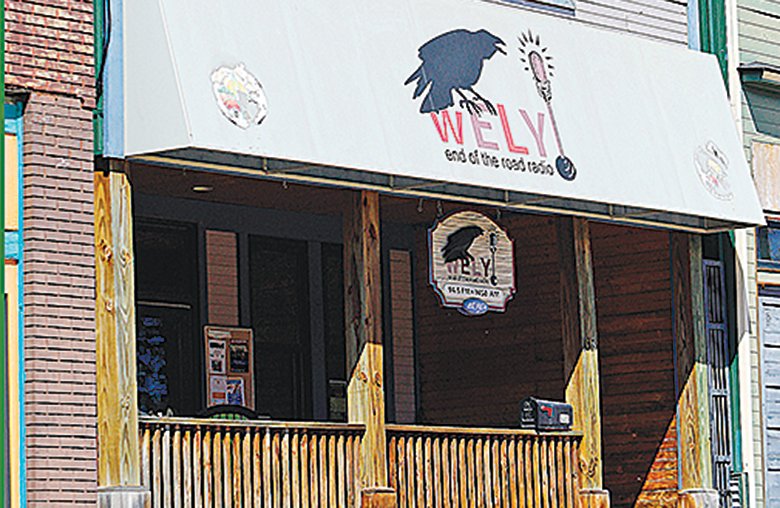 WELY Radio station has sold, but will operate out of a new studio when it comes back on the air after the FCC approves the sale and license transfer.
file photo
Posted Wednesday, November 30, 2022 11:19 pm

ELY— It’s not the end of the road for WELY Radio after all, as the Bois Forte Band announced Tuesday that they have found a buyer for the iconic “End of the Road Radio,” that’s been a part of the fabric of Ely since the 1950s.
The station is now scheduled to go silent on Thursday, Dec. 1 as the transition to new owner Zoe Communications, Inc. of Shell Lake, Wis. began. The company owns 17 radio stations, including numerous outlets in smaller markets similar to Ely.
“The FCC (Federal Communications Commission) makes it complicated to keep the station on the air during a sale,” said Zoe Communications, Inc. General Manager Mike Oberg. “We will return WELY to operation when the FCC grants the transfer, and that normally takes about 90 days.”
Oberg, a Minnesota native, said WELY has a lot of history that he’d like to preserve, and given that he already owns several small-town stations, he feels he can make this latest business venture succeed. He said he doesn’t expect any major changes in the popular programming WELY currently provides.
“We believe radio is still very important to a local community, and we hope to continue the tradition of keeping the local feel of Ely radio alive,” said Oberg.
Ely Mayor Roger Skraba, who was in St. Paul attending a Republican legislative caucus meeting when the news was announced, said news of the deal was welcome, indeed.
“That’s outstanding,” Skraba said. “There was a slight bump, but they got it resolved. The biggest part is that the people buying it are small town oriented and own a lot of radio stations. They know how to manage a radio station. They’ll set a plan up, and this will be good for the community. I think they’re going to continue what we have.”
The purchase price of $130,000 included all of WELY’s equipment, tower, and the transfer of the FCC licenses, but not the studio at 135 E Chapman St.
Zoe Communications is actively looking for a space to lease for a new studio.
“We are looking for a space that is better sized for the operation of the station in town,” said Oberg.
The Bois Forte Band will retain ownership of the WELY building, including the spacious upstairs apartment that had been turned into offices. The downstairs studio and offices may be repurposed for a future Bois Forte business. In the meantime, the upstairs offices will be taken out, and some updates will be made to the apartment to prepare it for a future renter.
End of an era
The sale marks an end to an era for Bois Forte operating WELY, which the band purchased in 2005 and has operated for 17 years.
Once the sale is finalized and approved by the FCC, it will end months of behind-the-scenes work by Bois Forte Business Development CEO Mayan Beltran and Bois Forte’s legal team to find a buyer for the station. Plans initially called for the station to shut down June 1, but an outpouring of community support and potential buyers resulted in that deadline being extended until Sept. 1 and subsequently to Dec. 1.
“Although Bois Forte regrets not being able to continue ownership, we are grateful a buyer emerged to keep WELY—End of the Road Radio on the air for years to come,” said Beltran.
Bois Forte Tribal Chair Cathy Chavers also expressed sadness that the tribe could no longer retain ownership of the station.
“We tried our best to keep it going, but we just couldn’t keep putting money into it every month without a return on our investment,” she said. “We are hopeful Zoe Communications can keep this tradition alive for the hard-working residents of Ely and the surrounding communities that WELY serves.”
Opening first as an AM-band station in 1954 and adding an FM simulcast in 1992, the station has had a long list of owners over the years. The station closed for a month in 1984 due to lack of funds, but the community responded with a $9,000 fundraising effort to help get the station back on the air.
It took legendary CBS News “On the Road” reporter Charles Kuralt to save the station again in 1995. Kuralt, who fell in love with Ely as he did numerous stories there over the years, bought the station at a court-supervised auction and poured thousands of dollars of his own into upgrades. However, Kuralt’s dreams were sadly cut short when he died in 1997.
The Bois Forte Band bought the station in 2005 when Boundary Waters Broadcasters, Inc. put it up for sale.
Most of WELY’s staff found new employment when the June 1 deadline was announced.
However, a few staff remained behind, including longtime employee and current GM Brett Ross and a remote office employee, who took care of billing. It is unknown if they will continue employment with Zoe Communications, Inc.
Oberg said he is concerned that WELY will be off the air, but he is hopeful listeners will tune in once they are back on the air. The AM station is broadcast at 1450 AM, while the FM station is on 94.5 FM.
Brian K. Anderson contributed to this story.