REGIONAL— Intense straight-line winds blew down trees across the region on Monday, knocking out power to nearly 2,000 Lake Country Power customers for a time. Few places were harder hit than … 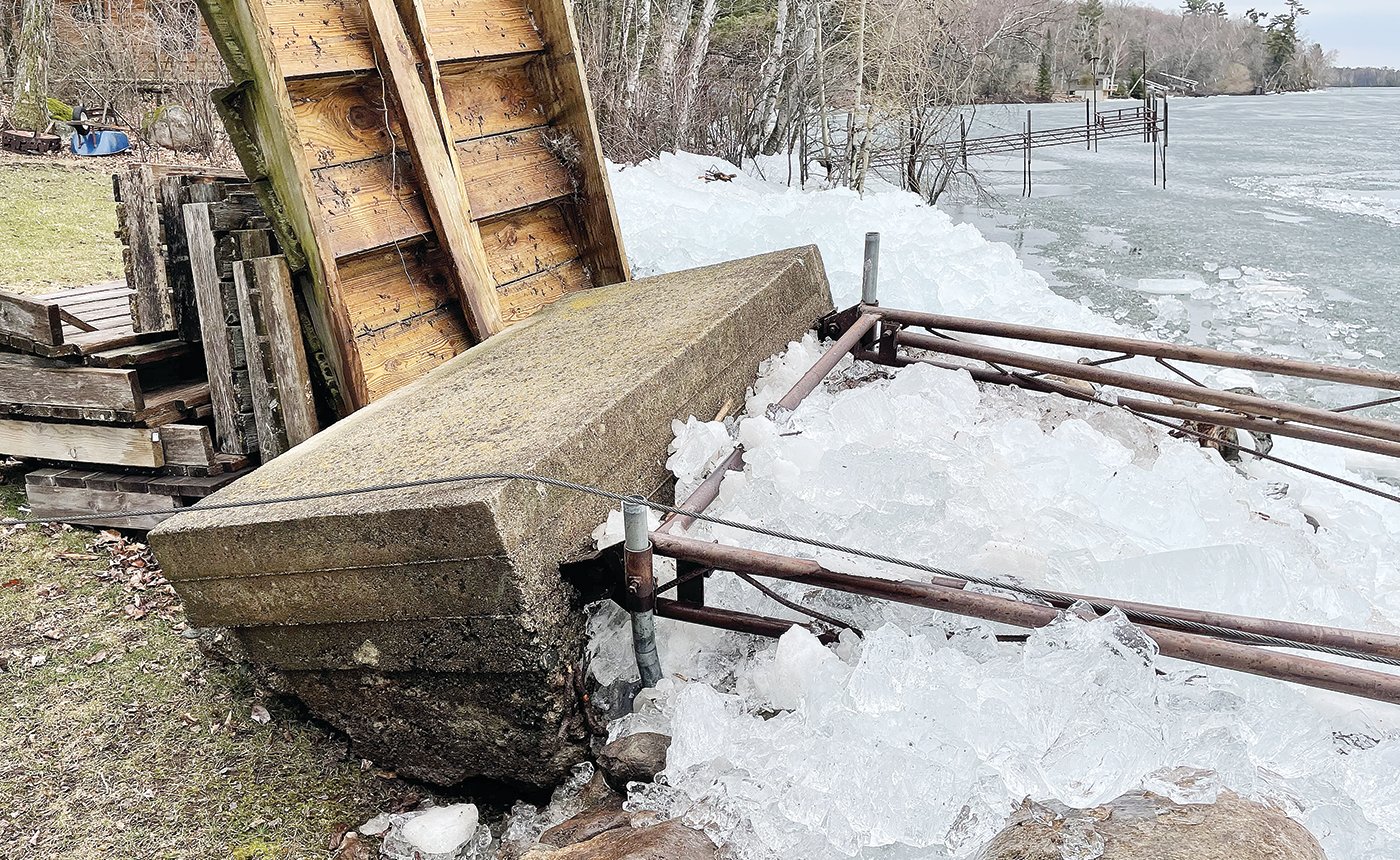 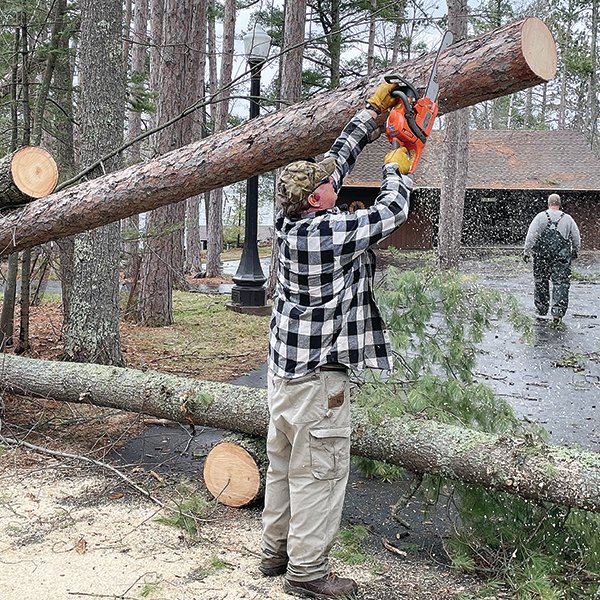 Chipper Johnson used a chain saw to clear trees knocked down by the extreme weather.
M. Helmberger
Previous Next
Posted Wednesday, May 11, 2022 5:16 pm

REGIONAL— Intense straight-line winds blew down trees across the region on Monday, knocking out power to nearly 2,000 Lake Country Power customers for a time.
Few places were harder hit than the south shore of Birch Point on Lake Vermilion, where the intense winds, out of the southeast blew across miles of lingering ice on Big Bay, knocking down trees and sending huge slabs of foot-thick ice up on shore, where it took out docks, boat lifts, and gouged shorelines.
“It all happened in a matter of seconds,” said Shelby Vaske, who lives on the Big Bay side of Birch Point. “When the ice came ashore it took our dock slabs like they were nothing.” Vaske said she was afraid that her sauna would be destroyed as well, but the winds relented and shifted direction enough to spare the outbuilding.
Across Birch Point, residents were out cleaning up the debris even as sustained winds of 30 miles per hour continued to blow much of the day. Chipper Johnson, about midway out on the point, was working with a neighbor Monday afternoon to clear away three large pine that had toppled across his driveway. “Fortunately, everything missed the house,” he said.
Just down the road, the top of a large white pine had smashed a boat lift, and a newer full-sized pickup was sitting underneath a huge white spruce snapped off in the blow, which seemed to peak shortly before noon.
Joe Moore, a meteorologist with the National Weather Service said the winds were fueled generally by a strong low-pressure system that passed through northwestern Ontario on Monday, which dragged a strong warm front through the area. “When the front came through it produced some pretty incredible wind speeds,” said Moore. “And the wind can really accelerate across the lake.”
Official airport gusts ranged from 52 miles per hour at Hibbing to 44 mph at Cook, but the winds that struck Birch Point almost certainly topped those numbers. While the area did experience some small thunderstorms, Moore said the high winds were more related to the overall atmospheric conditions, which were bringing near jet stream level winds down to the surface.
The conditions were wreaking havoc on electrical service. Lake Country Power spokesperson Tami Zaun said there 1,862 reported outages as of late Monday afternoon. She said all available work crews had been dispatched and that they were finding most outages were caused by falling trees and large branches landing on powerlines.
Power had been restored to all but a handful of customers by late Tuesday.