TOWER - When new owners took over what had been Golden Horizons assisted living last summer, they knew they had a lot of work to do mending community relations.

“It did not have a good image in … 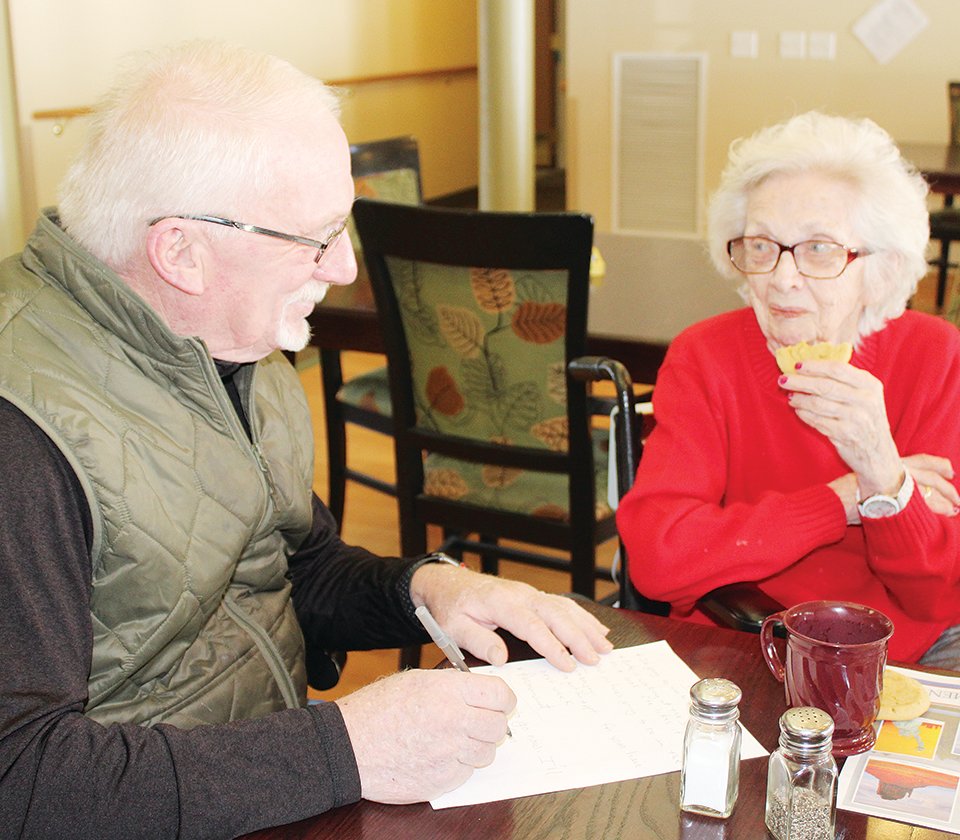 TOWER - When new owners took over what had been Golden Horizons assisted living last summer, they knew they had a lot of work to do mending community relations.

“It did not have a good image in the community because of the care in the facility,” said Demetrius Bray, the new manager at the facility, now known as Vermilion Senior Living. “A lot of guardians were not happy. There were sheriffs involved in incidents. It was poorly managed with a lack of leadership.”

But all that has changed less than 12 months after Bray and his new nursing crew took over.

“We brought in a lot of staff,” Bray said. “Staff that are trained and have background in working assisted living facilities. They are passionate and care about the residents. They come here and it’s not just about a paycheck. They want to make people happy. I value who they are and what they bring to the table.”

Families with loved ones in the facility have taken notice.

“The bottom line is I can go home and sleep at night,” said Steve Larson, of Soudan. Larson’s mother is a current resident at Vermilion Senior Living and has been there for the past five years.

“In the past they would call me when she fell,” Larson said. “Now they call for minor things and when good things happen. They call when they want my opinion on her care.”

He added that it feels like the staff are caring for him as well with the peace of mind he is left with each time he visits.

“Now when I see that phone number on my phone, my heart doesn’t drop into my stomach,” he said.

Barbara Lofquist’s Aunt Pat loves the facility so much under the new managers, she sometimes prefers the facility over going to other’s homes for the holidays.

“It is truly her home,” Lofquist said. “She has called family saying she is “sick” so she can stay at the facility to help out. I don’t worry about a thing with her being there.”

Lofquist said her aunt had lived at another facility in Virginia but moved to Tower while the home was under the previous management.

Since the change in ownership last year, Lofquist said the turnaround has been evident.

“The staff is happier and the facility is cleaner with new management,” she said. “Demetrius is a hands-on manager. He is an incredible manager. I have great piece of mind with my aunt living there.”

Bill Macomber’s father lived at the facility for the last 14 months of his life.

“I felt they afforded him the maximum amount of independence the last months of his life,” Macomber said. “They provided assisted living and cooperated with him being free to drive around town on a side-by-side mule. The staff was always kind and considerate.”

“It’s been a breath of fresh air for families,” Bray said.

To get the facility up to top-notch standards and expectations, Bray said he’s relied heavily on nurses, especially local resident Emily Sipola, an LPN studying to be a registered nurse.

Together, Bray and his nurses have constructed a plan where the residents now have a voice in their monthly activities.

“Residents have a say in what they want,” Bray said. “From baking to bingo, the local churches participate and birthdays are celebrated. This is their place, I want them to tell me what they want to do.”

The nursing staff has also been working to get the facility more in line with state requirements ,passing the state survey less than a year after the change in ownership and management.

Challenges still remain for the facility, though.

“The toughest thing has been to reshape the minds of the community,” Bray said. “To be successful in this business, you have to have support. I have spent time going to the stores, the banks and the gas stations to let them know we’re here. We know what happened before. We want to get acquainted with everyone, let them see what we’re doing.”

Sipola said transportation for residents has also been an issue.

“There is so much distance between us and other towns like Ely and Virginia,” she said. “There aren’t many options.”

But with the remoteness comes some amenities that many facilities lack.

“What makes us different is the nature scene,” said Sipola. “You’re not looking at a parking lot. You’re looking at deer, sometimes even bear cubs.”

Having turned the operations around, the team is now working to get the facility back to full capacity. Bray said right now they have eight beds open out of 20.

He said they’re focusing on heavy advertising in local papers as well as walking the town and letting people know there are open spots.

And if there is any question about the changes that have taken place in the past year, Larson said he would vouch for Bray and the staff’s work.

“I would sit down with any family and recommend this place,” he said. “It’s not easy to uproot your parent and put them in a place, but I wanted to keep my mom close to me.”